Our politicians talk about how we need to spread our values to the rest of the world, but what kind of “values” do we really have when we have such little respect for human life? 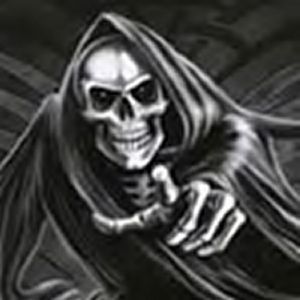 Just days after Dr Kermit Gosnell was found guilty of murdering newborns at his  Philadelphia termination center,
Houston doctor Douglas Karpen is accused, by  four former employees,  of delivering live fetuses during third-trimester  abortions and killing them by either snipping their spinal cord, stabbing a  surgical instrument into their heads or ‘twisting their heads off their necks  with his own bare hands’.

“Other times the fetus was so big he would  have to pull it out of the womb in pieces,” Karpen’s ex-assistant, Deborah Edge, said in an Operation  Rescue video, which has prompted a criminal investigation into the  doctor.

‘Sometimes he couldn’t get the fetus  out…  he would yank pieces – piece by piece – when they were oversize,’  Edge  explained.  ‘And I’m talking about the whole floor dirty.  I’m talking  about me drenched in blood.’

The women described one occasion where a fetus  that Karpen thought was dead suddenly ‘opened its eyes and grabbed (the  doctor’s) finger’  after he wrenched it from the womb. However, it met a similar  fate to the other  fetuses at the clinic

Two of Edge’s colleagues, Gigi Aguliar, and  Krystal Rodriguez, also described the hellish scenes which took place at the Aaron Women’s Clinic in Houston in 2011,  and possibly two other abortion clinics  run by Karpen in Texas.  You can watch the video at the link provided above.

Texas Lt. Gov. David Dewhurst said he had  read the  allegations ‘with disgust’ before calling for a full investigation into Karpen  and his clinics.

When a nation replaces the value of life, with the “rights of a mother to murder her own child,”  it  makes it much easier to allow death to rule.   Death simply becomes the price of doing business.

“What an irony that a society confronted with plastic bags filled with the remains of aborted babies should be more concerned about the problem of recycling the plastic.”  Winifred Egan

← DOJ Forcing People to Openly Praise Perversion
Have We Already Lost Our Sovereignty to China? →