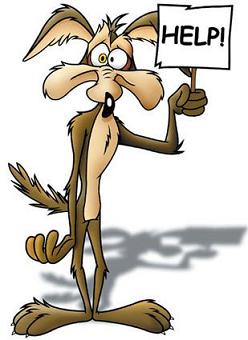 Americans want answers to the rising gas prices. In particular they want the names and numbers of those to blame. To answer that question perhaps they should simply consult the phone book or look in the mirror.  The main culprits in the rising gas prices aren’t necessarily members of OPEC, but the Americans who support policies that block new drilling and the building of new oil refineries. It’s that simple!

The political parties driving American politics today are the NIMBYs (Not In My Back Yard) and the BANANAs (Build Absolutely Nothing Anywhere Near Anything) – driving the future of our nation by dictating policy agenda to Republicans and Democrats.   Soon, the national bird will no longer be the noble eagle, but the ostrich.

Americans have become adolescent children who want towns to remain small, yet they themselves have children who must have schools, jobs and homes of their own.  Americans want to build their homes in rural areas with beautiful vistas, yet complain when someone else wants to do the same thing so they support programs to lock away land to keep wilderness pristine, free of human development, power lines and cell towers.  Yet these same Americans want to be able to use their cell phones and computers wherever they go.  They want a three car garage to house the family van, the husband’s sports car and their kids toys, but don’t want to blight the landscape with filling stations, refineries or power plants.

There’s no longer a place in our pretty, clean, politically correct, well-ordered world for industry to make the things we need, yet when all of our “toys” quit working, Americans are outraged and want heads to roll.  What silly children we have become.

Three decades of the radical agenda of special interest “GREENs”  like the Sierra Club, the Nature Conservancy, our government and the United Nations have spent billions to push their no growth agenda (sustainable development) through Congress and our state and local governments, using the news media to barrage us with the “Go Green” message to make anyone and everyone feel guilty about our very existence.  We’re sorry we need to use energy – We’re sorry that we have to grow food to eat – We’re sorry that we keep creating creature comforts for ourselves.

The answer,  while not giving up our toys, is to just ban the building of things that make them work.  We pack public meetings to express our outrage over the idea of a new power plant – we don’t want that smelly thing around here!  The building of that new cell tower will interfere with the view of the historic battlefield.  Call all your friends (with that cell phone) and make certain they show up to oppose it.  And, while you’re at it, let them know that we are indignant about those evil developers trying to build more houses.   Join the protest!

Now the chickens are coming home to roost.  Energy we so desperately need to run our homes, cars, airplanes and industry can’t be produced fast enough and as a result, the cost of heating and cooling our homes, driving our cars and flying those planes is spinning out of control.

88% of the energy for America’s transportation, industry, government and residential needs comes from oil, gas and coal.  Without them the nation shuts down.  The government reacts with new regulations that further increase our energy costs and shuts down, pretty much, all domestic production.   Government sees only one solution – stop using energy.  They call that “sustainable.”

Government pretends to address the energy shortage with massive grants for “alternative energy,” like wind mills and solar cells. This is the answer, says Obama, to get us off of our dependency on foreign oil. These green myths provide only about 1% of our energy needs without much hope soon for improvement. Alternative energy is fast coming to mean –  no energy.

Of course, a few well place oil wells would do much more to reduce that dependency  – and actually reduce the costs at the pump. But, if you want to see a green turn blue – just suggest such a simple solution.

Through pressure from environmental organizations, Congress and federal agencies have banned oil activity from more than 300 million acres of federal land onshore and more than 460 million acres offshore in the past 20 years. An estimated 67% of oil reserves and 40% of natural gas reserves are locked away on federal lands in America’s western states. One accident in the Gulf, caused by negligent government regulators not enforcing the law, resulted in the complete banning and destruction of the U.S. off-shore supply.

The nation’s energy problem is much worse than just not being able to drill our  oil. Even if we could drill our own oil or even had a glut of imported oil, the supply crisis couldn’t be averted to bring oil prices down. That’s
because the United States hasn’t built a new oil refinery since 1976. All  remaining American refineries are running at full capacity. Even worse: old, worn out refineries are closing, reducing capacity even more.

As the nation’s urgently needed resources are locked away and the existing oil market grows more unstable by the day with prices rising to new heights, our politicians are playing the usual blame game. The Democrats want an investigation of the oil companies to see if they are gouging the consumer, totally ignoring the truth – the real gougers are federal and state governments which tax every gallon by as much as fifty cents.  Add to that the increased costs of environmental regulations imposed by the EPA.

Our elected representatives, and I use that term lightly, play silly games – the Greens relentlessly push their anti-civilization agenda – and the indignant NIMBYs and BANANAs continue to sleep, satisfied that their world is well controlled. These are the self-serving brats who now are selling out America to their whims.

You can read Tom DeWeese’s article in full at this link.

← Does Being “Gay” Mean You Don’t Have To Obey The Law?
Ron Paul: Gov’t does not need to know what we are doing →