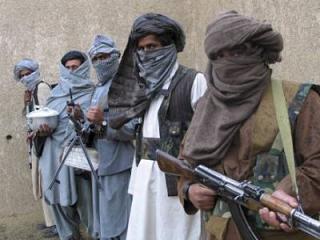 With the death of Osama bin Laden, the loss of top commanders and its retreat from Afghanistan, al-Qaeda has lost its centralized base from which to launch global operations.  But, it has maintained numerous affiliates, and by feeding off local grievances and exploiting political turmoil, these affiliates are gaining strength in a number of countries, including Syria, Iraq, Libya and Mali.

Just this week, al-Qaeda carried out military attacks on prisons in Iraq, putting hundreds of militants back on the streets.  These successful attacks was a potential boost to their fighters in Syria, which has become the new battleground for extremist groups.

Al-Qaeda’s Syrian affiliates have sided with Sunni rebels fighting against the regime of President Bashar al-Assad, a member of the Alawite Shi’ite sect, which Sunni extremists regard as heretical.  Shamila Chaudhary, a senior fellow at the New America Foundation in D.C. says that the lawlessness in Syria has given al-Qaeda a new home and a new base from which to carry out its activities, making it a potential threat, not only to the region, but also to the West.

In Pakistan, al-Qaeda has allied with extremist groups like the Tehrik-e Taliban Pakistan (TTP), aka the Pakistani Taliban, who are fighting to overthrow the Pakistani government and impose Shari’a law, the anti-Shi’ite Wahhabi brand of Islam advocated by al-Qaeda and the Muslim Brotherhood.

Groups like the TTP are not only assisting al-Qaeda in their home countries but appear to be providing fighters for other theaters in which al-Qaeda has aligned itself.   TTP commanders recently claimed to have sent around 100 trained foot soldiers to fight alongside anti-Assad forces in Syria.

Ibrahim Talib, head researcher and deputy director of the Center for Strategic Studies in Damascus says that there are more than 130,000 foreign and Arab  jihadists fighting in Syria, with many having vowed allegiance to al-Qaeda. “Tunisians comes first, with about 15,000 fighters, then Libyans, then Saudis, then Egyptians and Palestinians, followed by Lebanese.  After that comes fighters from outside the region.  There are more than 40 countries that have citizens fighting in Syria.”

The increasing number of Sunni extremists among the fighters has concerned secular rebels who reportedly fear tha al-Qaeda linked militants are hijacking their local struggle against the government and are instead making Syria a hotbed of international terrorism.   Groups like the Kurdish Democratic Union Party (PYD), a Syrian affiliate of the Kurdistan Workers Party (PKK) have recently engaged in fierce battles with al-Qaeda linked rebels in the north.

Salih Muslim, head of the PYD notes that  “extremist Islamist forces like al-Qaeda, the al-Nusra Front, Ahrar al-Sham, and other similar groups scan go where they want and can enter from any country they want.  They come from Turkey, Iraq, etc.  They make up a large portion of the main rebel group – the Syrian Free Army.”  They are everywhere.

These are the “Syrian Rebels” Obama wants to arm.   Senators Ran Paul, Tom Udall D-NM, Chris Murphy D-CT, and Mike Lee, R-UT have introduced legislation to prevent any  military involvement in Syria, including the arming of Syrian rebels without Congressional approval.