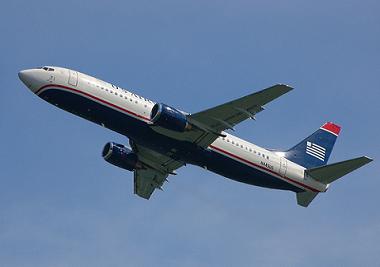 No matter what the Obama Administration wants you to believe,  Federal Air Marshals and industry insiders are warning:   “We’re waiting for the next 9/11 to happen, because it’s not a question of if.   It’s a question of when.”

10 News Investigators in Florida  have obtained an internal memo that details a frightening incident that brings back memories of the September 11, 2001 terrorist attacks.

Wolf Koch, who flies Boeing 767s for Delta Airlines  and is the Aviation Security Committee Chairman for the Air Line Pilots Association Int’l says the idea that another 9/11 attack couldn’t happen is foolish.  “They are going to try it again – 100%, no question in my mind.”  And, according to  Koch,  many other flight crews are concerned the planning may already be underway.

A memo obtained by the 10 News investigators from the union that represents pilots for US Airways  says that there have been several cases recently throughout the (airline) industry of what appear to be probes, or dry-runs, to test our procedures and reaction to an in flight threat.  “Bringing down an airliner continues to be the Gold Standard of terrorism.  If anyone thinks that our enemies have ‘been there, done that’ and are not targeting U.S. commercial aviation – think again.”

Koch says, “What most security experts will tell you that if a dry-run is occurring, the attack will shortly follow.”

The pilots said  the most recent dry-run occurred on Flight 1880 on September 2 on a flight that  left Reagan National bound for Orlando.  Shortly  after takeoff, a group of 4 “Middle Eastern” men caused a commotion in an attempt to discover what security measures were being used on the plane.   One of the men dashed from his seat in coach toward the flight deck door before making  a hard left and entering  the forward bathroom “for a considerable length of time.”  While he remained in the bathroom,  the other three men proceeded to move about the cabin, changing seats, opening overhead bins, and “generally making a scene.” They appeared to be trying to occupy and distract the flight attendants.

In an interesting twist, on the return flight from Orlando to DC, on the same plane, a group of 8 “Middle Eastern” females, concealed in full burkas were in the boarding area for the flight.  The FAM team aboard the plane though it serious enough to get up and “make their presence known.”    The Captain demanded that the plane be given a complete security inspection by the TSA, station security and had the entire plane searched with bomb sniffing dogs before leaving Orlando.  Evidence of tampering was found.

Both US Airways and the Transportation Security Adm. confirmed the incident but won’t discuss details.  The TSA did say that  they take all  reports of suspicious activity aboard aircraft seriously, but, the matter required no further investigation  at this time.   However, a current Federal Air Marshal who works flights every week says of the TSA, “They’re liars. They’re flat-out liars.”

The Air Marshal, who is not identified for obvious reasons said that the TSA doesn’t want the public to be aware of the problems with terrorist probes and that several flights were targets of dry-runs and most of his colleagues believe, no matter what the TSA says, the incident aboard the flight from D.C. for Orlando was serious.

Federal Air Marshals and industry insiders  warned:  “We’re waiting for the next 9/11 to happen, because it’s not a question of if. It’s a question of when.”