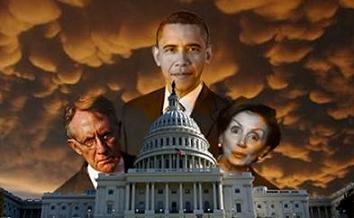 Washington has reversed the wisdom of the old cliché that less is needed when less is wasted.

Every branch of government bickered this year over the need to spend more (while continuing to misspend) with an attitude of “waste more, want more!”

Confronted with self-imposed budget cuts necessary to trim years of trillion dollar shortfalls, Washington protested that it could not live within its means. It attempted to take hostage the symbols of America to exact ransom from taxpayers. Public tours of the White House were canceled and Medicare payments for seniors’ health care were cut.

The first session of the 113th Congress will likely go down in history as the least productive in history, more notable for what it do not do than what it did.  A mere 57 laws were enacted, no budget could be agreed upon, and not a single regular appropriations bill to fund government operations passed on time resulting, in part, for a 16 day government wide shutdown in October. Through it all Congress and Obama were paid. And eventually so were all the other federal employees, including many deemed nonessential and therefore not permitted to report to work.

The White House estimates it cost $2 billion to provide back pay to federal employees “for services that could not be performed” during the shutdown.  Total compensation costs, including benefits, are about 30 percent larger, in the range of $2.5 billion.

The Department of Defense (DOD) developed a plan this year to constrain pay and benefits for our brave men and women in uniform who risk their lives to protect us from terrorists.  While at the same time continuing to pay the salary and other government benefits for the Fort Hood shooter, responsible for the worst terrorist attack on American soil since 9-11,  DOD grounded the Air Force Thunderbirds and Navy Blue Angels,  yet still managed to spent $631.4 million to construct aircraft they never intend to fly.

This year, the Army National Guard teamed up with Superman on a $10 million “Soldier of Steel” promotional campaign, intended “to increase awareness and consideration of service opportunities in the National Guard,” while  at the same time downsizing the National Guard, the real supermen and women who fight for truth, justice and the American Way,  by 8,000 soldiers.

As the Smithsonian was closing exhibits,  the federal government was funding the creation of “play zones” at the National Museum of Play, an inventory of toys at the Denver Museum of Miniatures, Dolls and Toys, and a website celebrating romance novels.

The governments  Popular Romance Project has received nearly $1 million from the National Endowment of the Humanities (NEH) since 2010 to “explore the fascinating, often contradictory origins and influences of popular romance as told in novels, films, comics, advice books, songs, and internet fan fiction.” In addition to the funds provided by NEH, the Library of Congress Center for the Book is also a participant in the project

The U.S. Department of Agriculture (USDA) cut housing assistance for the disabled elderly while subsidizing thousands of risky mortgages, including more than 100 homes (that cost in excess of half-a-million dollars each) within walking distance of the ocean in Hawaii.  And while nutrition assistance was being reduced for many needy families, USDA was spending money on celebrity chef cooks-offs and running up the taxpayer tab on Bloody Marys, and sweet potato vodka.

The Department of Interior was counting sheep with high-tech unmanned aerial drones after delaying the opening of some national landmarks and closing others early.

NASA ultimately paid more than 17,700 employees, (97% of its staff) to do nothing for 16 days as a result of the shutdown.  NASA also wasted $360,000 to pay 20 people $18,000 each to spent 70 days in bed doing nothing to see  how weightlessness would change an astronaut’s body, even though there are no manned missions planned, scheduled, or even possible in the foreseeable future.   NASA also spent $390,000 on the Green Ninja cartoon superhero to sell global warming to children, along with  $3 million to head to D.C. to study  on how Congress works (or doesn’t work, depending on your point of view) which will be used to for seminars.

Obama wasted $319 million on a website that didn’t work and millions more  to urge taxpayers to visit the website at whiskey festivals and on TV with ads featuring Elvis impersonators.  And we have yet to see figures on what it will cost to get the website to actually work.

In 2013 alone, the government lost $171.5 million because sugar companies could not pay back government loans.  The 2008 Farm Bill created the Feedstock Flexibility Program (FFP) to increase the use of ethanol and biofuels, under which the government is required, in times of surplus, to buy sugar from processors and to re-sell the sugar to ethanol plants.   Since the 2012-2013 sugar harvest season is the first to yield a surplus,  the USDA bought only 7,118 tons out of 100,000 tons of sugar offered for resale and then  sold this sugar to an ethanol maker at a $2.7 million loss.

Uncle Sam is assisting the operation of legal brothels in Nevada to the tune of $17.5 million.

The Department of Commerce’s National Technical Information Service has charged other federal agencies about $50 million for reports and records that could be obtained on-line –  for free.

The Army spent $300,000 on a three and on-half year attempt to develop a football field size blimp to be used for aerial surveillance in Afghanistan before selling it back to the contractor for $301,000.  In total, the Department of Defense has spent more than $1 billion on nine such projects resulting in only one working airship used now for research.

More than $1.9 million has been wasted for lifestyle coaching for Senate staffers.  $325,525 was wasted on another government study on whether wives should calm down faster during arguments with her spouse.  $284,000 was wasted to promote rock music in foreign countries.

$1 million was spent for a bus stop (Super Stop) with heated  benches and wireless zones for personal computers in Arlington, Virginia.  Future Super Stops are budgeted to cost $904,000 each.

The government wasted $10.7 million on the Denali Commission, a congressional experiment that didn’t work according to its own Inspector General.  Congress refunded the project.

HUD spent $2.6 million on an apartment complex for the deaf which attorneys now claim violates the law because the complex has too many deaf residents.

New York and New Jersey are wasting about $65 million appropriated by Congress for Hurricane Sandy Emergency Funds, to promote tourism.

$704,000 was wasted on gardening and landscaping services for the Brussels home of our NATO ambassador.

$3.5 million was spent Obama’s green solar project at the Manchester-Boston Airport.  Solar panels are now mostly covered with a tarp because the glare blinded pilots and controllers.

DHS lost $9 million in over-time fraud in only six of its offices.

The military has destroyed more than 170 million pounds of military equipment worth some $7 billion dollars rather than sell it or ship it home from Afghanistan.

At least now we can clearly see why the new budget deal is forced to cut retirement benefits for military retirees, increase spending  and raise taxes on the rest of us.  How else could they pass for all this essential waste!