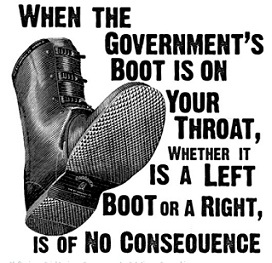 Obama has decided that people who have worked and saved for the home of their choice, in the neighborhood of their choice are racist. It is, after all, unfair to deny access to housing to people who can’t afford it because, as Obama has explained to us in the past, we are not responsible for the what we have, the government is. Seems to me that same argument was used to force Mortgage companies to make outlandish loans to people who couldn’t afford them, resulting in, let’s see, oh yeah – the housing bubble, something we’re still paying for.

If anyone is really dumb enough to believe this is about fairness or racial equality, you seriously need your head checked. This is just the first step toward fulfilling the United Nation’s Agenda 21 program; a means to tell you where you can live, what you can drive, what you eat, where you work or were you are allowed to shop; the first step toward your enslavement to the World Government.

Using the federal Housing and Urban Development Agency (HUD) as his instrument of destruction, Obama’s newest insult to the rule of law, the Affirmatively Furthering Fair Housing (AFFH) is nothing more than redistribution in the name of social justice, or as the left prefers to call it – sticking it to whitey. Why should you have so much when others have so little? Never mind that you had to work and save while being forced to pay up to 50% in taxes that theoretically goes to those less fortunate. The fact is, there is no “justice” in social justice, only envy, jealousy and theft.

HUD is forcing every community that applies for its grants to complete an “Assessment of Fair Housing” to identify all “contributing factors” of discrimination, factors such as race, income level, religion and national origin, of everyone living within that community. This information will be used by some left-wing unelected politician to determine whether your community is “balanced and fair.” If HUD determines there are just too many rich white folks living there, every special interest left-wing group within ear shot will descend on your planning commission to “help” design a plan which the community will be required to implement before receiving grant money. Once the money is accepted and the city or county has tied themselves to this “plan” nothing local voters can do or say will ever be able to change it.

Any deviation from the plan will result in one of these “special interest” groups that “helped” write the plan filing a civil rights violation law suit. Baltimore, Maryland became one of the first cities to feel the burn when they were sued by the NAACP over alleged housing segregation. The NAACP argument was that Section 8 subsidized housing programs “bunch people together [especially people of color] and that only fuels more crime and other problems.” The solution, according to the NAACP, was “to integrate the poor among those living in affluent neighborhoods of self-segregation for white privilege.”

This suit resulted in Baltimore being forced to agree to spending $30 million of tax-payer dollars over the next ten years to build 1,000 low-income homes in affluent neighborhoods which will result in the destruction of property values and the loss of equity for the existing homeowners. In short, it will result in the destruction of earned wealth, leading to destruction of the middle class. That’s what socialism does. It creates more poor.   And if destroying existing neighbors wasn’t enough, Baltimore has now moved to further erode property rights for landlords by denying them the right to refuse rental contracts to those who can’t afford the rent.

The poster child of “Smart Growth” development, Portland, Oregon, is now in a pickle as they need new tax hikes to raise an additional $12 million a year to pay for all that “affordable housing.” “Smart Growth” resulted in massive amounts of land being locked away from development to limit city “sprawl,” leading to land shortages, which led to a ban on single family homes, which led to the need for massive high-rise apartments, which led to higher rents and a housing shortage. While I might not be “city smart” I can’t see where burdening the citizens with an additional $12 million a year is going to fix the problem. Government control over every aspect of our lives, as demanded by socialism never works. High costs, shortages and sacrifice are the only result. It has never been different wherever it has been enforced.

If your community accepted a HUD grant, they now own you. Property rights are dead, property values are dying, and the local officials you elected to guide your community have been rendered irrelevant.

So what do local community representatives do? First and foremost STOP TAKING THE GRANTS!!!!! Second, stand up to these thugs who intend to rule our communities. Stand up to the law suits and stand up to the pressure of the special interest groups. In short, represent your community as you were elected to do. And finally, you might try listening to those of us who have studied these policies for decades instead of the slithering snakes of the American Planning Association and their ilk who fill their own pockets with those grants.

Source: Listen this Time or Grant Money from HUD will Destroy your City, by Tom DeWeese