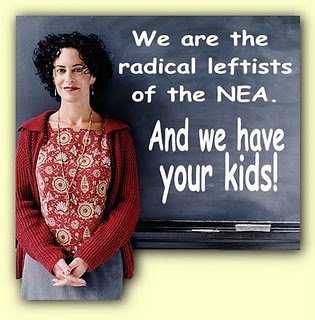 Hitler considered it essential to the Nazi movement to control the children.  He was aware of the difficulties in obtaining total power over the Germany people  without controlling its children.  By 1939 he had nearly 8 million boys under control of the Nazi Youth Movement.  Children  were taught to question or even reject some authority figures such as their parents or church leaders but had to accept Nazi principles without question.

During his first two years in power, Hitler put Nazis into key positions and brought all levels of government under his control.  His extensive propaganda machine, and his control over the military and Germany’s children perfected his complete control.

All teachers had to be vetted by local Nazi officials and 97% joined the Nazi Teachers’ Association.   History was used to explain Germany’s defeat in 1918 as a work of the Jewish and Marxists spies who had weakened the system from within.  Biology was used to prove that the Nazi belief in racial superiority was a sound belief.  Hitler decreed that no boy or girl should leave school without complete knowledge of the necessity and meaning of blood purity.   Geography taught pupils that German lands had been taken away during 1919.  Science had a military slant to it.   Children had to study the principles of shooting, military aviation science and the impact of poisonous gasses.   Indoctrination became rampant in all subjects.  At every opportunity, teachers were expected to attack the life style of the Jews.

In 2009 Obama introduced his “Race to the Top” which he said would not be based on politics, ideology or the preferences of a particular interest group.”  As with Bush’s “No Child left Behind” it turned out to be yet another governmental program to dumb down our children.

Obama’s Race to the Top on which Common Core [CC] is based was, in a nut shell, a federal, top-down approach based on Collectivism rather than individual achievement, sold as a set of rigorous internationally benchmarked standards to bring uniformity to education. Knowledge, understanding, critical thinking, and comprehension under Common Core standards give way to socialist global values, beliefs, feelings and behaviors. After all comrade, one of the requirements of a good ‘global citizenship’ is, of course, the concept of ‘shared responsibility’ and ‘shared sacrifice’ in creating a ‘sustainable’ world, or as Obama once called it a “collective salvation,” that revolves around his socialist goals of redistribution of wealth and the Marxian definition of equality and fairness.

Today’s schools are filled with sex education, political correctness, environmental extremism, global unity, diversity training (homosexual agenda) and higher order thinking skills which teaches that one must first believe  that there are no absolutes, no God, no right or wrong and apparently no males or females.  Along with all this indoctrination comes  violence, shootings, extortion, rape, unwanted pregnancy, drug use, disrespect, foul language, teachers molesting children, declining test scores and children who cannot read and therefore, can not  compete in the job market.

But the blame for the lack of education cannot be blamed entirely on Obama.  It has been a long process beginning with John Dewey, the father of  modern education, an avowed socialist, the co-author of the ‘Humanist Manifesto’ who belonged to as many as 15 Marxist front organizations.  “You can’t make socialists out of individualists.  Children who know how to think for themselves spoil the harmony of the collective society which is coming, where everyone is interdependent.”

In 1936 the National Education Associated (NEA) stated that it “stood for socializing the individual.”   Willard Givens, 1934 NEA Executive Secretary said that the “major function of the school is the social orientation of the individual.  It must seek to give him understanding of the transition to a new social order.” The NEA has  also written that “our fundamental goal is a progressive nation in a peaceful world. . .achieving this objective demands the understanding of and commitment to the proposition that education is a primary instrument for social advancement and human welfare.”

Paul Haubner,  a specialist for the NEA believed that “the schools cannot allow parents to influence the kind of values-education their children receive in school. . .that is what is wrong with those who say there is a universal system of values.  Our [humanistic] goals are incompatible with theirs.  We must change their values.”

According to Chester M. Pierce, professor of Education and Psychiatry at Harvard, “every child in America entering school at the age of 5 is mentally ill because he comes to school with certain allegiances to our Founding Fathers, toward our elected officials, toward his parents, toward a belief in a supernatural being, and toward the sovereignty of this nation as a separate entity.  It’s up to you as teachers to make all these sick children well – by creating the international child of the future.”

Former Senator of Nebraska, Paul Hoagland, said that “the fundamentalist parents have no right to indoctrinate their children in their beliefs.  We are preparing their children for the year 2000 and life in a global one-world society and those children will fit in.”

Public schools are government schools.  The inherent insulation of education from real accountability aggravates a phenomenon known as the Iron Law of Oligarchy.  This law says that in almost any group endeavor, a small elite will emerge as the most active in determining the activities of the group.   Read “What’s Wrong with Public Schools”, by Sheldon Richman.

“One cannot permit submission to parental authority if one wishes to bring about profound social change. . .In order to effect rapid changes, any such centralized regime must mount a vigorous attack on the family lest the traditions of present generations be preserved.  It is necessary, in other words, artificially to create an experiential chasm between parents and children to insulate the latter in order that they can more easily be indoctrinated with new ideas.  The desire may be to cause an even more total submission to the state, but if ones wishes to mold children in order to achieve some future goal, one must begin to view them as superior, inasmuch as they are closer to this future goal.  One must also study their needs with care in order to achieve this difficult preparation for the future.  One must teach them not to respect their tradition-bound elders, who are tied to the past and know only what is irrelevant.”  Warren Bennis and Philip Slater in “The Temporary Society”, 1968