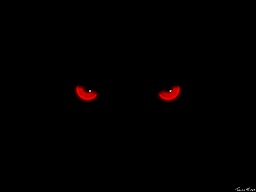 “What is happening in America is an increasing hostility and intolerance toward Christian beliefs and values…. In current American culture, you are free to be a Christian as long as you don’t actually live out your faith, vote your faith, take a stand in relation to your faith, or believe others should embrace your faith. And, it’s not enough that your beliefs can’t influence society, you must also embrace society’s beliefs. In order words, Christianity can be privately engaging, but must remain socially irrelevant.” Dr. James Emery White

Christianophobia, an irrational animosity toward or hatred of Christians or Christianity in general, is very real according to George Yancy, professor of Sociology and David Allen Williamson, associate professor of Sociology, both from the University of North Texas, co-authors of So Many Christians, So Few Lions and There Is No God: Atheists in America.

Yancy and Williamson were motivated to explore potential Christianophobia after they began collecting quantitative data from interviews with liberal activists and noticed a troubling trend among a certain subset of these respondents. About one third of respondents to the “American National Election Survey” rated conservative Christians significantly lower than other religious and racial groups. While the only group to fare worse were atheists who drew more hostility than any other group, negative rankings for conservative Christians came from a disproportionate number of white, highly educated, politically progressive, and wealthy respondents who have a major influence in the media, academia, business and government.

In the minds of many of these liberal elite, Christians are ignorant, intolerant, stupid, backward, child-like individuals who are unable to think for themselves. Their attitudes reflected negativity toward Christians with some particularly extreme and troubling remarks such as: “Kill them all, let their god sort them out;” “The only good Christian is a dead Christian;” “…sort of a Christian Taliban;” “I want them all to die in a fire;” “they should be eradicated without hesitation or remorse;” “they make me a believer in eugenics;” “sterilize them so they can’t breed anymore;” and my favorite, “Churches and houses of religion should be designated as nuclear test zones.”

Such hatred! But should we really be surprised? Neutralizing the moral anchor of America is essential to their goal. Evil is threatened by the truth and darkness seeks to destroy that which it cannot understand. George Orwell wrote that “during times of universal deceit, telling the truth becomes a revolutionary act.”

Obama proudly said that in American, “no matter what we once were, we are no longer a Christian nation.” The sweetest sound he claims to know as a self-professed Christian is the “Muslim call to prayer.” In direct contrast, the sweetest sound a true Christian will ever hear is the voice of Christ when he whispers in your ear – well done my good and faithful servant.

Hillary Clinton and Tim Kaine are no better.  In Hillary’s recent sermon on the podium, while pushing her abortion agenda, she said that “deep seated cultural codes, religious beliefs and structural biases have to be changed.”   In other words, Christians must be forced to pay for the murder of innocent babies.  If she is elected this will be the least of our worries as she also wants to sign the United Nations Treaty of the Rights of the Child which not only destroys parental rights but gives those rights to a panel of socialist/communist/Islamic nations.  And to be certain we adhere to the United Nations commands, she also wants to take our guns.  Kaine believes that the Catholic Church must bow to secular standards, while fully supporting Hillary’s plans to turn our sovereignty over to the United Nations.

← Journey from Tyranny to Liberty
Election 2016: Cast Your Vote for the Candidate who Will Protect our 2nd Amendment →