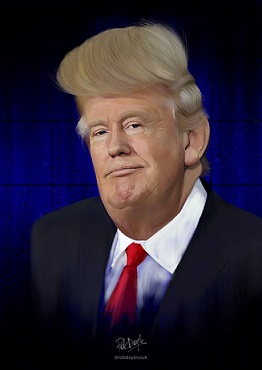 In his only major energy policy during the campaign, Trump promised to rescind job destroying, left-wing environmental regulations within 100 days of taking office and to focus only on real environmental challenges. He promised to open onshore and offshore leasing on federal lands, eliminate the moratorium on coal leasing and shell deposits, while encouraging the use of natural gas and other energy resources that will reduce the price of energy and increase our economic output.

During the presidential debate at Hofstra University in September Trump called clean energy incentives “a disaster,” citing a study from the Institute of Energy Research, to support his claim, that lifting regulations on energy production will amount to a $700 billion increase in annual economic output.  In addition, Trump promised to cancel the Paris Climate Accord. This United Nations sponsored accord committed every country, with the exception of developing countries like China and India, which I might add are the worst polluters, to lower their greenhouse gas emissions to “starve off the most drastic effects of climate change.” Unfortunately, the most drastic effects of this accord is the continuation of faked scientific data to support a problem that does not exist.

With Obama’s signature, the accord may well be “in force,” but who on earth is going to enforce it? The French? The Chinese? Djibouti? Our new Commander-in-Chief can simply scrap any domestic legislation put in place to support the accord, policies such as the Production Tax Credit, and ignore the job and wealth destroying strictures deliberately designed to cripple America’s economy.

The Production Tax Credit (PTC) is a federal program that spends billions annually to subsidize renewables for major industries, such as NextEra which has received over $400 million, Duke Energy which has received around $100 million, or Sempra Energy which took taxpayers for about $65 million, to name only a few. The PTC is nothing more than a tax shield for mega corporations like Berkshire Hathaway and Google, a tax shield that cost taxpayers at least $12 billion a year.  At one of his famous investor’s summits, Warren Buffet actually bragged that he would “do anything that is basically covered by law to reduce Berkshire’s tax rates. For example on wind energy,” he said, “we get a tax credit if we build a lot of wind farms. That’s the only reason to build them. They don’t make sense without tax credits.”

Even though Trump believes Obama’s “incentives” for renewable energy is a disaster, one of his transition team member, in a November 12 article in Green Energy Investing, claims that renewable energy will not be in the new president’s sights when he takes office in January. “The tip issues on that bulletin are taxation reform, immigration, reforming Obamacare, infrastructure, and trade. Everything with renewables continues; the credits will remain in place,” at least until 2020 when it is set to expire. Another 4 years, another $48 billion wasted on lining the pockets of political donors and major corporations.

Wind energy is not nearly as “clean” or “good for the environment” as left-wing environmentalists or the Big Green Machine lobbyists want you to believe. It is dependent on rare earth minerals imported from China, the procurement of which results in staggering environmental damages from radioactive waste and other toxic substances that results from the mining of rate earth minerals.  The cost to develop and build a is approximately $1.3 million to $1.7 million per megawatt, compared to gas-fired energy generation of $800,000 per mega watt. On average, due to wide and unpredictable fluctuations of wind, turbines will only produce on average about 30% of its nameplate power. It would require over one thousand times the amount of land for wind power to produce roughly the equivalent amount of energy as a nuclear power plant.

Wind energy is not reliable or predictable nor can it be counted upon to provide power on demand. Most of the windiest sites and available lands are a long way from where electricity is needed, resulting in the need for thousands of miles of huge unsightly transmission towers and cable, at an enormous expense to the consumer.  In addition to causing health problems, turbulence produced by turbine rotors creates a stronger mixing of heat and moisture which causes the land surface to become warmer and drier. The threat to birds and bats is enormous. Turbines can interfere with Doppler radar, short out, be struck by lightning or overheat causing wild fires.  In short, wind energy can’t hold a candle to other more traditional and more reliable forms of energy.

While the amount of taxpayer money wasted on renewable energy projects, at last count some $27 billion each year,  green fuel, and tax credits doesn’t seem to bother Congress, nor apparently our newly elected leader, it is money taken from other programs through deceptive means to benefit only a few elite corporations and political donors. That money could better be spent on ensuring the health and well-being of our Veterans, on increasing the salary of the men and women who protect our country, or used to reduce our debt.

“It is true that election-season rhetoric is often quite different once a new president takes office and has to deal with Congress and, of course, D.C. politics. But if we are to surmise Trump’s take on energy policy based on his past statements, the future outlook for renewables in the U.S. with Trump as the nation’s 45th president is at best uncertain — and uncertainty is a condition no business in any sector wants to face, especially within such a relatively new sector as renewables.”  Leon Kaye