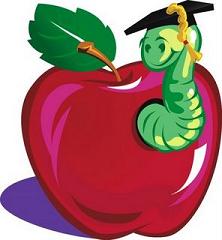 “The aim of public education is not to fill the young of the species with knowledge and awaken their intelligence. . . . Nothing could be further from the truth. The aim . . . is simply to reduce as many individuals as possible to the same safe level, to breed and train a standardized citizenry, to put down dissent and originality. That is its aim in the United States. . . . “ Henry Mencken, The American Mercury, April 1924.

What would you say or do if you discovered that the public school system is teaching your children  that it is okay to kill people for fun, cheat on their tests, or lie to their parents?

Dr. Justin McBrayer, an associate professor of philosophy at Fort Lewis College in Durango, Colorado, in an article for the New York Times, said he is amazed that many college freshman view moral claims as mere opinions that are not true or are only relative to a culture. Given the presence of moral relativism in some academic circles, some naturally assume that professors like himself are to blame, which isn’t the case.  McBrayer argues that students are already indoctrinated with moral relativism before they start college.   The way the children are being taught about fact and opinion in government indoctrination centers ensures that a moral relativistic view prevails.

For those unfamiliar with the term moral relativism, it is a philosophy that asserts there is no global, absolute moral law that applies to all people, for all time, and in all places. Instead of an objective moral law, it espouses a qualified view, especially in the areas of individual moral practice where personal and situational encounters supposedly dictate the correct moral position. To sum it up neatly, Friedrich Nietzsche wrote, “you have your way, I have my way. As for the right way, it does not exist.”

Common Core standards used by a majority of K-12 programs require that students be able to “distinguish among fact, opinion, and reasoned judgment in a text.”  As such, Common Core teaches that a fact is something that is true, that can be tested or proven while, an opinion, is something that you feel or believe. So what’s wrong with this distinction and how does it undermine the view that there are objective moral facts?

First, the definition of a fact waffles between truth and proof, two obviously different things. Things can be true even if no one can prove it. For example it could be true that there is life elsewhere in the universe even though, at this point, there is no way to prove it.   Conversely, many things once “proved” turned out to be false. For example, many people once thought the earth was flat.   If proof is required for facts, then facts become person-relative. Something might be a fact for me if I can prove it to my satisfaction but not a fact for you if you can’t.

Mary Anne Marcella, a New York school teacher, said that the testing of Common Core State Standards is being used to ultimately transfer local control, in violation of the Tenth Amendment, to the federal government.  Teachers in states that have signed on to Common Core are forced to use compliant textbooks, modules and performance assessments that have moral relativism as a common thread woven throughout the material.

The purpose of Common Core is not revealed in its standards but in the view that there are no absolute truths or values, that what is new is better than what comes from previous generations of knowledge, and in the teaching of “higher order thinking” which is attained when a child no longer believes in right and wrong.

One aim of a liberal arts or classical education is the search for objective truth. That search is based on the presumption that moral facts, e.g. “all men are created equal,” and “murder is wrong”, do exist and that education should focus on imparting knowledge, not a leftist agenda. In the real world, where adults must exercise their moral knowledge and reasoning to conduct themselves in society, the stakes are greater. There, consistency demands that we acknowledge the existence of moral facts. If it is not true that it is wrong to murder someone with whom you disagree, how can society be outraged? If there are no truths about what is good, valuable or right, how can we prosecute people for crimes against humanity? If it is not true that all humans are created equal, then why vote for any political system that doesn’t benefit you over others?

“A spirit of license makes a man refuse to commit himself to any standards….When society reaches this stage, and there is no standard of right and wrong outside of the individual himself, then the individual is defenseless against the onslaught of cruder and more violent men who proclaim their own subjective sense of values. Once my idea of morality is just as good as your idea of morality, then the morality that is going to prevail is the morality that is stronger.” Archbishop Fulton J. Sheen