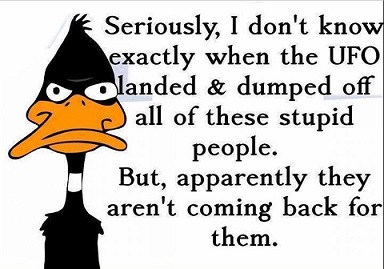 There is nothing new under the sun. What goes around, comes around. If you want to know what is going on with the craziness of the progressive left since America rejected Obama and Hillary, take a look back at the late 50’s and 60’s.

Many progressive “intellectuals and student activists” became disillusioned with the tactics of the old labor movements and class struggle. Thus, a group of educators banded together to establish a journal called the New Left that popularized the economic theories of Engels, Gramsci, Reich and other left wing gods, hoping to change the future superstructure of modern society by implementing a broad range of reforms on issues involving abortion, homosexual rights, gender roles and drug legalization.  Needless to say they did a good job.

The most influential philosopher of the New Left movement was Herbert Marcuse, an educator from the Institute for Social Research at Goethe University. His most famous work, Eros and Civilization, presented an argument that Judeo-Christian repression of a natural sexual instinct enslaved man to a patriarchal family structure, psychologically inhibiting acceptance of economic liberation. He viewed homosexuality as the radical standard bearer of sex for the sake of pleasure and a key element in the struggle to undermine morality, religion, marriage and the traditional family unit.  Of course, the whole idea behind his philosophy was the destruction of the traditional family unit and the creation of a new culture where people would be far more likely to bend to the will of a state supremacy.  Once again, the left seems to have had great success.

One of the primary cultural institutions targeted by the New Left movement was the Democratic Party’s 1968 Convention in Chicago.  The Students for a Democratic Society staged a riot against pro-Vietnam War candidate Hubert Humphrey forcing the Democratic Party further to the left which eventually lead to the nomination in 1972 of George McGovern. While not a member of the New Left himself, McGovern was sympathetic to its platform and became known as the candidate of “acid, amnesty and abortion.”

With three competing wings –  traditional democrats, the labor caucus and the New Left –  the Democratic Party was weakened during the election of 72  and became more closely associated with protests and Maoist slogans of the New Left.  Fed up, the  “silent majority” of Americans  moved into action, electing the previously unpopular Republican presidential candidate Richard Nixon.

Licking their wounds, the New Left went underground to reinvent themselves on the advice of Saul Alinsky who had criticized them for burning flags, for their Maoist slogans and hippie life-style.  They cut their hair, put on a suit and began to infiltrate the system from within.  As Alinsky wrote, “as an organizer, I start from where the world is, as it is, not as I would like it to be….That means working in the system.”

Emerging as the left-wing professors,  they began to indoctrinate our children against the founders as evil, wealthy, white Europeans,  against the capitalism economy that made our nation wealthy and against Christianity morality.  They emerged as community organizers to play the race card as a means to pit one segment of society against another.  They emerged as candidates and appointees to government jobs to follow Alinsky’s advice to change the system from within.

During the 2016 presidential election, Hillary Clinton, like Obama, preferred Progressive to describe their political ideology in an attempt to separate themselves from  Bernie Sanders who preferred the phrase “democratic socialist.”  At the end of the day, however, a label doesn’t matter. What matters is the vision they share – the destruction of traditional family values in order to create a culture where people are far more likely to accept state supremacy.

The popularization of pornography and premarital sex during the sexual revolution led to the undermining of the matrimonial bond uniting families together, leading to a wave of abortions and divorces. As women left the home to join the workforce, children were left behind in local day-care centers. As these children reached maturity, many gave up on the idea of marriage and family. As marriage rates plummeted, out-of-wedlock births skyrocketed.   Without traditional parents as examples, confusion about gender roles reached such a level that people increasingly started to question the very concept of sexuality itself. The confusion reaching a new height in 2015 when SCOTUS legalized homosexual “marriage.”

The government now spends 49% of its annual budget on mandatory government entitlement programs. Politicians can talk about the financial dangers of out-of-control welfare spending but the truth is a huge chunk of the population uses these programs. Why you ask? In many cases it is because of the dissolution of family.

Without strong families to educate children and care for those who can’t care for themselves, people turn to the state for security. History shows that when the state seizes womb-to-tomb responsibility over people’s lives, dictators like Lenin, Mao Zedong, Tito or Castro always end up gaining control.

The election of Trump has thrown a cog into the wheel of Marxism. While no political candidate is going to make America great again, the left is frustrated that Americans woke up. Thus the cycle of rioting, destruction of public property, the lies and distorts begins anew.

Leftist mentality coupled with Marxist theory is the perfect recipe for tyranny.

Read Nationalizing the Family, The Trumpet at this link.

← Arrests! Could This be True?
Protecting Religious Freedom. →