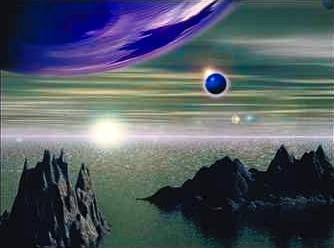 The 1960’s hippie movement, along with the New Left and civil rights movement, are considered the three dissenting groups of the counterculture movements.  The hippies were part of a youth movement that drew on the traditions of the bohemians and beatniks to rebell against anything considered establishment.  They criticized middle class values, opposed the Vietnam War, embraced aspects of non-Judeo-Christian religions, promoted sexual liberation and created what some consider the New Age religion.   These kids embraced Eastern Philosophies and concepts, along with  global pacifism.  They preached peace, love, and harmony between humans and the environment.  Many adopted communes as an alternative to tradition family values.

The earliest hippies were former students at San Francisco State College who had dropped out after taking psychedelic drugs and began living communally in the Haight-Ashburg neighborhood.  Of course, the ‘movement’ caught on and, like a moth to a flame, attracted other elements, such as p.c. progressives and radical Marxists who hated everything American.

I am sure most people have heard and possibly even sung “The Dawning of the Age of Aquarius” by the 5th Dimension, which  became the ‘anthem’ of the New Age Movement.  The Zodiac symbol of Aquarius, the water bearer, signifies to the New Age Movement that all the religious knowledge of mankind throughout the ages would be taken up into the ‘jar’, blended together and poured back on the earth to be an era of unity, love and religious brotherhood.    So when does this age begin?  According to one ‘expert’ the Age of Pisces coincided with the birth of Christ (fish symbol) and would end in the year 2000 which would  begin the Aquarian Age.   Another ‘expert’ said that it began in 2009, others say it will begin on February 14, 2012, or December 21, 2012, or 2359, or whatever year you want it to be.    According to the New Age Movement (and the song) – we are on the cusp of the new age – whatever that means.  The simplest answer I could find is that the astrological age is defined by the constellation in which the sun actually appears in the vernal equinox and while it is next to impossible to know with accuracy when the sun will appear in Aquarius, until it does, we are on the cusp of this new age.

The New Age Movement  did not start as a  religion but as a syncretism (mixing) of numerous religions and philosophical ideas.   It has some similarities to ancient Gnosticism but the New Age movement, according to its followers,  is more than anything an emotion, filing the void left by a secular culture and discontent with traditional religious beliefs.  Some followers of this movement believe in astrology as a means of foretelling the future, others claim crystals are a source of healing or power and others believe in the use of Tarot cards.  A few believe that God is a state of higher consciousness or a total realization of personal, human potential, while others think they are God.   This movement  became popular in the 1970’s, tracing its roots to Astrology, Channeling, Hinduism, Gnostic traditions, New-paganism, Spiritualism, Theosophy,  and Wicca (witchcraft).  There are a number of fundamental beliefs and practices held by New Age followers:

In the New Age Movement, man is the central figure, he is viewed as divine or progressing toward a type of godhead aka “Christ Consciousness”.  God is an impersonal force – God is all and all is God – He is part of creation, just as man.  There is no sin, only misunderstanding of truth.  Heaven and Hell are just states of mind – man saves himself.   Jesus was a mortal who exemplified the divinity that is man.

During the 60’s and 70’s a  large number of disillusioned ‘intellectuals’ and hippies traveled to India and other points east seeking ‘truth, wisdom and enlightenment’ from a vast supply of gurus, swamis, yogis and other self styled ‘illuminated masters’.  Few understood that they were following in the footsteps of a woman who a hundred years earlier had trodden the same path and set out the foundations for the present occult revival and whose work is pivotal to the spiritual character of the United Nations today and the new “World Religion”.

“Millions of Christians, sadly, do not recognize the authority of God’s law or its applications to modern society and have reaped the whirlwind of cultural and intellectual impotence.  Denying the power of the death and resurrection of Christ, they have made themselves footstools for God’s enemies.”    By This Standard: The Autority of God’s Law Today by Dr. Greg Bohnsen