The battle for the control of our Nation, the battle against the evils that would destroy us can only be won if we identify the enemy and understand the tactics they employ. 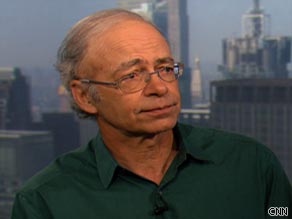 Friar Joseph McShane, president of Fordham University [a Jesuit University]  decided in 2012 that Ann Colter was “too hateful” and “needlessly provocative”  to speak on campus but did allow Peter Singer, the “Leader of the Culture of Death” to participate in a panel on “animal ethics.”  Apparently supporting infanticide, euthanasia   and the rejection of God’s Word doesn’t make one needlessly “provocative.”   Fordham’s Theologian, Charles Camosy, who chaired the panel, had defended Singer in the past, even comparing him to Pope John Paul II in a piece called “Peter Singer Is Not the Anti-Christ.”

Ben Howe, Senior Director of Communications, was given the task of explaining how having Singer advocate his positions on campus was different from allowing Coulter to advocate her positions. He wrote that “though many of Singer’s positions are extreme, and at odds with Catholic teaching, he is faculty member at a major university with a track record of serious publications….In contrast with Coulter, Singer is not accustomed to argument by ad hominem attack.  To the best of our knowledge, he does not slander people who hold opposing views, nor denigrate people’s race, gender, nor faith.”  Really?

Singer, an Australian ‘moral’ philosopher, professor of bioethics at the Center for Human Values at Princeton, clings  to the  “Utilitarian”  philosophy that  says we have a moral duty to decrease the level of suffering and increase the  level of pleasure experienced by as many people as possible, at all costs. Moral  absolutes – against killing, in some cases – shouldn’t be allowed to  stand in the way of this goal.

As an animal rights activists, he  believes that people should respect all animals, not based on their intelligence, but on their ability to experience pain and suffering.  The denial of basic animal rights is a form of discrimination Singer  calls “speciesism” which he compares to sexism and racism, which is the contention in his book Animal Liberation.   Rejecting the Biblical notions that mankind is nature’s steward and master, along with the idea that people are made uniquely in the image of God, Singer believes it is wrong to assign greater inherent value to humans than to any other form of animal life.  He goes on to liken the animal rights movement to the abolition movement of the 1800s and the fight against Hitler in the 40s.

In 1979 Singer published Practical Ethics,  which not only continued  his argument for the rights of animals but proudly proclaimed that human parents should be able to legally murder their “severely disabled” child up to 28 days after its birth if they [parents] deem the baby’s life unworthy of preservation.  “Newborns are not people the  life of a fetus is of no greater value than the life of an animal at a similar level of rationality, self-consciousness, awareness, capacity to feel, etc.”   He also wrote that “no fetus is a person, no fetus has the same claim to life as a person.”   According to Singer, a human life is worth nothing more than its usefulness to others.  “When the death of a disabled infant will lead to the birth of another infant with better prospects of a happy life, the total amount of happiness will be greater if the disabled infant is killed.”

In his book, The Expanding Circle, Singer criticized  Mother Teresa  of Calcutta because she described her love for others as love for each of a succession  of individuals rather than as “love for mankind merely as such.  If we were more  rational,” he says, “we would use our resources to save as many lives as possible,  irrespective of whether we do it by reducing the road toll or by saving specific,  identifiable lives”

Three of Singer’s grandparents died in Nazi concentration camps,  yet in a debate at Princeton Singer argued  that he did not “think it is always wrong to kill an innocent human being.”  Singer’s view implies that face-to-face relationships  sap time and energy that could be put to better use in lowering the overall suffering  of mankind.   This idea tends to separate individual people from suffering so you  can get a measurable thing called “overall suffering.”  After that, according to Singer, you do whatever  it takes to decrease suffering, even if it sometimes means killing an innocent  person.

In Rethinking Life and Death,   Singer says  that we shouldn’t see all human life as of equal worth but recognize that some are more valuable than others.     The elderly with dementia, those in a persistent vegetative state, those with brain damage making it impossible to express a preference – have no value in Singer’s philosophy, which opens the door to euthanasia.   But when Singer’s mother was diagnosed with Alzheimer’s, he and his siblings spent thousands of dollars to provide her with round the clock nursing.  According to Singer’s philosophy, she should have been left to die or be killed because the money could have been better spent on relieving the suffering of others.   When he was pressed on the hypocrisy, Singer only replied that “It’s different when it’s your mother.”

Singer also claims “the moral case for acceptance of sexual relationships between consenting adults that do not harm others is clear cut – sexual ethics are of little consequences.” Bestiality  is taboo only because it is not procreative and it is a taboo that will crumble like all the rest.    All humans engage in all manner of sexual activities that do not lead to conception so bestiality should not be ruled out as a forbidden offense.”    As a “consequentialist,” singer reasons that if you like the consequences – it’s ethical,  if you don’t like the consequences – its unethical.  This  reasoning applies to not only bestiality, but to homosexuality, pedophilia, and necrophilia.

As an Atheist, Singer says that people “are free to choose what we are to be because we have no essential nature, no given purpose outside of ourselves. . .”

“If you know the enemy and know yourself, you need not fear the results of a hundred battles.”  Sun Tzu