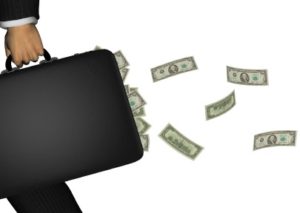 Barletta’s bill, HR 1671, would force the Treasury (IRS) to work with Social Security and the Department of Homeland Security to verify that enrollees have a valid Social Security number before they can receive the Obamacare insurance tax credits.   The only problem I see with this bill is that it doesn’t actually stop taxpayer money from going to illegal aliens until 2019.

The bill is in the House Ways and Means Committee where the Chairman, Republican Devin Bradley from Texas will determine its fate. We need to start calling, emailing, writing, etc. to get this bill to the floor.

As it currently stands, Obamacare does not contain a process to verify an individual’s immigration status to determine eligibility. This lack of oversight, intentional or otherwise, according to a Senate Committee on Homeland Security and Governmental Affairs, cost taxpayers some $750 million paid to 500,000 illegal aliens through 2015, in the form of advanced premium tax credits, which were created to lower costs on marketplace insurance exchanges for American citizens.

The IRS  adopted a “pay and chase” model for insurance subsidies.  They paid a portion of the enrollee’s premium without confirming whether they were actually eligible and than attempt to chase them down to retrieve the money if it is later discovered they weren’t eligible.  Good luck with that! It is the same process used by the Centers for Medicare and Medicaid Services (CMS) for the last 45 years that results in more than $60 billion a year lost to fraud. When will they ever learn? Well, if they haven’t figured it out during the last 45 years, I’d say it is a pretty good indication they don’t care.

Despite Obama’s 2009 promise that his health care plan would never go to care for illegal aliens, the opposite was true. An article in the Washington Times said that the Obama administration was not only allowing illegals to enroll but was actively turning a blind eye to falsified documents allowing up to one million illegals to feed at the taxpayer trough. Obama’s Homeland Security Secretary went so far as to send an open letter to families with illegal alien relatives promising that no one would be deported for seeking Obamacare services.

Of course the Obamacare subsidies are only the tip of the ice berg. Illegal aliens have been allowed to milk taxpayers for billions through Earned Income Tax Credits and the Child Tax Credit. In 2015 the Treasury Inspector General estimated that $57 Billion had been paid out to illegals just for these two credits. HR 819, the Tax Credit Accountability Act was introduced this year to stop the abuse.

Congress should be ashamed of themselves for not doing more to stop the hemorrhage. But Congress knows no shame – why else would they waste taxpayer money on a project to see if drunk finches slur their songs ($5 m); or on what part of the body a bee sting hurts the most ($1 m); or fund a study of baby names ($1 m); or see if a robot could fold laundry ($1.5 m) or to see what made goldfish feel sexy ($2.9 m)? Why did the FAA spend $5 million on a 3 week conference? What prompted the IRS to send $112 million to prisoners who filed fraudulent tax returns? Or why in the world would they give $47.6 million to build a streetcar system that runs the same route as a subway? And why did we give a firm in China $3.5 million to study why some people see Jesus’ face on toast?

Remember, government doesn’t earn one single dollar it spends – it steals it from taxpayers and when they run out they just raise our taxes so they can waste even more money.  It is time to get off the merry-go-round!