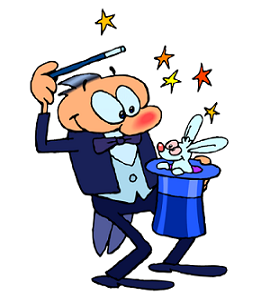 Although the word is shouted far and wide, we seldom consider what we actually mean by EQUALITY, neither do we question exactly what measurements or characteristics constitute “equal.”

By and large, invocations of equality are merely used to ward off good judgment by generating feelings of offended entitlement .  No matter what our differences may be, we are told that these differences make no difference because we are all equal.  Yet civilization hinges on being able to recognize and judge certain differences. When we willfully fail to do so, the natural consequences are dire.

Socialists proclaim an idealistic equality of rich, poor and everyone in between as their rational for equalizing wealth. They chant equality over incomes and outcomes and expect society to fall in line. But a broad equality that purports to cover every aspect of economics ignores the very important distinction between the industrious and the lazy, between those who produce wealth and those who merely consume it.  A society that is either blind to this difference or dismisses it as unimportant is fundamentally incapable of either discouraging laziness or rewarding and training a strong work ethic. It cannot encourage economic excellence among its citizens because it flattens the difference between excellence and inferiority. Equality instead demands the redistribution of wealth among lazy and industrious alike. Accordingly, such a society rewards the administration of wealth rather than its production.

MULTICULTURALISM is another philosophy which diminishes human excellence by making frequent use of the magic word.  In this case, that feeling of “I’m as good as you” is used to blind us to the distinction between the barbaric and the civilized.   The most common and obvious examples are found in our schools where no aspect of American heritage can be spoken of with pride lest we offend anyone. We go out of our way to honor troubled societies simply for not being us. .

This same blindness afflicts our current conversation on immigration. We refuse to consider that our nation may not be made better off my admitting people who fully intend to cling to their own culture’s barbarisms. Any thoughts that we are made worse off by welcoming droves of people with no roots in traditions that have served us well, i.e. English common law, limited government, the rule of law, is dismissed by another magic word – RACISM. Like equality, racism is used more for the emotional reaction it provokes than for its actual meaning. More than often it is merely another provocative incantation meant to ward off legitimate criticism.

But perhaps the most destructive philosophy that abuses equality is FEMINISM. Here equality is invoked to pretend that masculinity and femininity are both a kind of cultural illusion. They hold up confused ideals of an androgyny, a person that is neither male nor female. Such creatures do not exist. There are no androgynous humans, only male humans and female humans.

The laws, customs and other social mechanics feminists have foisted upon us to hide the obvious differences between men and women has caused incalculable harm. A mother, for example, has a unique relationship with her unborn child, but feminists try to erase that difference. They work feverishly to make certain mothers can terminate that relationship, along with the child, for any reason, at a growing cost of tens of millions of innocent lives. They then go a step further to make certain that such blood-soaked choice bears no social stigma. To further break down distinct gender roles, feminists encourage men and women to base relationships around themselves rather than as a couple. To provide relief for the unhappiness that followed, they sought no-fault divorce laws that allow any spouse to walk out on marriage and family for any reason. They also walk hand-in-hand with the sexual revolution to break down traditional values and morality.

America cannot proceed with its uncritical vision of an unbounded and undefined equality, not when we consider the cost. But how can we make it our servant rather than our master?

The balance lies in removing equality from the realm of the vague and magical into the realm of the specific and practical. Equal in what sense? A great example of this approach is found in our Declaration of Independence that affirms all men are created equal, but immediately goes on to specify the exact meaning of equal. They are equal in the sense that “they are endowed by their Creator with certain unalienable Rights, that among these are Life, Liberty, and the pursuit of Happiness.” Within these broad rights inherent in our humanity, we are indeed equal.

Humanity is defined by the context of the laws of nature and of nature’s God.  Understanding the proper meaning, context, and limitations of the word deprives the incantation of equality of its power. Instead of mindlessly affirming unspecified equality between the sexes, affirm that we are equally human and equally necessary to civilization. Affirm the humanity of the members of all cultures but stop pretending that cultural virtues and vices are exempt from judgment. Affirm instead the part of human nature that drives us to work, build and freely pursue happiness.

Most importantly, we have to realize that this kind of linguistic magic has no power of its own – only the power that we grant it. The equalitarians and social justice warriors among us will inevitably try to undermine our new-found freedom from their god. When they curse blasphemers with words like racist, sexist, classism, etc., we need not cower before them for there is nothing to fear. The more we understand the true nature and limits of equality, the more we know that their superstition has no hold on us.

Source:   Stop Equality Mongering Before It Destroys Us by Matthew Cochran.

← Herbs and Plants You Can Smoke
A Transpicuous Act of Revenge →