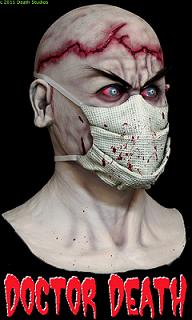 A report in The New York Times by Erik Eckholm in 2014 exposed the corruption of our language by the left to hide their true agenda. Eckholm writes, “Helping the terminally ill end their lives, condemned for decades as immoral, is gaining traction. “Banned everywhere but Oregon until 2008, it is now legal in several states.

Advocates for the “right” to take your own life have learned to shun the term ‘assisted suicide,’ believing that as baby boomers watch frail parents suffer, support for what they call the ‘aid in dying’ movement will grow further.”  An article in the LA Times even suggested that we lose the terminology “assisted” and substitute “Justifiable”  to make it palatable.

A pro-“assisted death” group, which cutely calls itself “Compassion and Choices,” is trying to further twist the language by insisting that killing oneself is only suicide if the person has “severe depression or other mental problems.”   The rest are simply seeking to “die with dignity,” I guess.   But no matter how your phrase it, they’re still dead!

Lawrence Stevens, J.D. in his article Suicide: A Civil Right, suggested that in a free world, “you own your own life and  can do with it whatever you choose.”   Family members, law enforcement, judges or even therapists who interfere with your decision to end your life are “violating” your human rights.  His argument is similar to that which allows women to murder their unborn babies.

Richard Brandt in The Morality & Rationality of Suicide, goes so far as to say that one has an obligation to end their life to avoid catastrophic hospital expenses in a terminal illness and thus meet one’s obligation to one’s family.   With people like Brandt in the picture, those bumper stickers on the back of RVs informing the world that they’re out spending their children’s inheritance sounds inviting.

Euphemisms like “death with dignity” or “aid in dying” are attempts by the left to hide the fact that if you’re old, disabled or mentally ill, in their book, then you are not worthy of life.  There is no way to build safeguards into assisted suicide laws that will protect against coercion.  In this era of managed care, how long do you think it will be before those “not worthy of life” are offered lethal prescriptions in place of medical care?  It is already a cost cutting measure being used in the UK!

We must never forget that amid the turmoil of the outbreak of war in 1939, Hitler ordered widespread “mercy killing” of the sick and disabled. Code named “Aktion T 4,” the Nazi euthanasia program to eliminate “life unworthy of life” at first focused on newborns and very young children, but was quickly expanded to include older disabled children and adults. They used the technical knowledge and experience gained during the euthanasia program to construct huge killing centers at Auschwitz, Treblinka and other concentration camps in an attempt to exterminate the entire Jewish population of Europe.

The bedrock of Christianity is that human beings were created in the image of God.  We are not our own – we belong to God.  Humans have an inherent and immeasurable worth and dignity, not based on any human quality, legal mandate, or individual merit or accomplishment.  Human dignity is inalienable, an essential part of every human being. And, because all life is valuable, cheapening the life of one person cheapens life for all of us – the young, the old, the poor, the disabled, the mentally ill, etc.

Evil must never be given the opportunity to hide behind a doctor’s coat and mask.