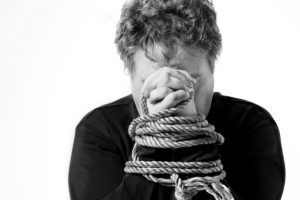 In the 1972 Democratic Convention, secularists defined as agnostics, atheists, and those who seldom or never attend religious services, seized control. Fighting over religious and moral issues such as abortion, women’s rights, homosexuality, traditional families, etc., the non-believers won, driving centralists from the party. Today that party is controlled by progressives.  But it was only during the Obama administration that the left’s war against anything Christian came into the public forum.

Who could forget Obama’s non-religious Christmas holidays with the White House tree decorated with ornaments depicting drag queens and mass murderers; or his speeches where he insisted that anything of a religious nature be covered while he spoke; or his refusal to mention “God” or the “Creator” when citing the Declaration of Independence; or his flat refusal to utter the words “In God We Trust” when speaking of our national motto?  His assault on religion, especially on its public role, was unprecedented.

He unfunded faith based organizations for refusing to hire or bow to secular demands, attempted to force religious based hospitals and charitable organizations into offering insurance for both abortion and sterilizations; attempted to root out Christian chaplains from the military by regulating their sermons and chastised those chaplains who prayed in the name of Jesus; scotched conscience protections for pro-life doctors and nurses working in federal hospitals; released the radical pro-abortion and pro-gay agendas to undermine our First Amendment freedoms; and, hired left-wing secularists, giving them a free hand in shaping public policy.

And just because he is gone doesn’t mean his distaste for Christianity left with him.

The U.S. Civil Rights Commission, created in 1957, has eight commissioners, 4 appointed by the president, 2 by the Senate pro tem and 2 by the Speaker of the House, that serve six year terms. No more than 4 can be of the same political party at any one time. With this in mind, during his second term in office, with two Democrats already on the commission and four openings, Obama solved the “problem” by appointing two supposedly Independents, Patricia Timmons-Goodson and Karen Narasaki.   Goodson ran as a Democrat and won three 4 year terms as a district judge before being appointed to the N.C. Court of Appeals and later associate justice of the N.C. Supreme Court.  Narasaki , is a human rights activist and manager of the Shelby Response Fund, funded in large part by George Soros’s Open Society Foundation, the ACLU, the Lawyer’s Committee for Civil Rights Under Law and four other left wing foundations.  So much for independent!

With four Democrats and two left-wing “Independents” on the Civil Rights Commission, it is not hard to imagine that they would continue the left-wing assault on religious lliberty. In a September, 2016 report, deceptively entitled “Peaceful Coexistence: Reconciling Nondiscrimination Principles with Civil Liberties,” the Commission  proposed that the country take another step toward secularism by forcing religions to defer to the continuing expansion of governmentally-conceived and governmentally-enforced “rights.”

While you can read the report for yourself at this link, the best example of the attitude of the document toward religious liberty is found in the statement of the Commission’s Chairman, Martin R. Castro, who said:

“The government of the United States is not, in any sense, founded on the Christian religion. The phrases religious liberty and religious freedom will stand for nothing except hypocrisy so long as they remain code words for discrimination, intolerance, racism, sexism, homophobia, Islamophobia, Christian supremacy or any form of intolerance. Religious liberty was never intended to give one religion dominion over other religions, or a veto power over the civil rights and civil liberties of others. However, today, as in the past, religion is being used as both a weapon and a shield by those seeking to deny others equality. In our nation’s past religion has been used to justify slavery and later, Jim Crow laws. We now see religious liberty arguments sneaking their way back into our political and constitutional discourse, just like the concept of state rights, in an effort to undermine the rights of some Americans. This generation of Americans must stand up and speak out to ensure that religion never again be twisted to deny others the full promise of America.”

Brian Walsh of the Civil Rights Research Center says that the report is yet “another extreme claim that civil rights and liberties that religious Americans of all faiths have long enjoyed must be eliminated or restricted to accommodate new and emerging rights.  It betrays a polarizing mindset that whenever new rights are in tension with rights guaranteed in the Bill of Rights, the new rights must always trump.”

“The report was misleading in its account of the law and dangerous in its recommendations.  It is preposterous for the chair to say that laws that protect the rights of Muslim prisoners to grow beards, Native Americas to use sacred eagle feathers and Sikhs to wear turbans in government jobs, are somehow an insidious attempt to impose Christian supremacy on the nation.  Perhaps most troubling is the attempt to discredit religious believers as being motivated by hate instead of faith and the implied recommendation that religious groups should change their beliefs on sexual morality to conform with liberal norms for the good of the country.”  Roger Severino, director of DeVos Center, Heritage Foundation