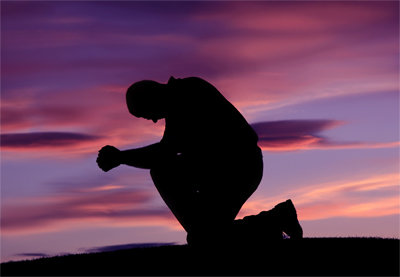 Today we see the youth on college campuses censoring the speech of others, the old Soviet Union used thugs and goons to do that work. Come to think of it, that is what the students are acting like. We see lawsuits against Christians who won’t bake a cake but to mention that a terrorist who had killed dozens of children was raised and trained to follow the teaching of Mohamed is impolite. News reporters today must be called lie reporters because gossipers is too honorable a name for them.

The disintegration of our values has for a while now but anyone who believes that cause and effect means something is labeled as uncompassionate. Obviously if I commit a crime it is not my fault. Obviously if I don’t have a job I should have a comfortable house with the best computers internet connections available. It is common sense that government employees, on the tax payers’ dollar, should work full time for their union. And it is logical to mock law and order, especially in those cities where the murder rates are highest. To have other ideas is to have a heart of stone.

Sadly this list of liberal accomplishments can go on for longer than anyone would want to read. So instead of doing that here is a wonderful prayer. It is a prayer of confession that every Christian church needs to pray frequently until our nation has repented of its libertine ways and once again rejoices that we are one nation under God with liberty and justice for all. The prayer was offered to the Lord Christ in 1996 by Pastor Joe Write. The need for us to pray it has grown sadly truer with each passing year. You can find the story here.

Today we will give it a new title:

Heavenly Father, we come before You today to ask Your forgiveness and seek Your direction and guidance. Lord, we know Your Word says, “Woe to those who call evil good,” but that’s exactly what we’ve done. We have lost our spiritual equilibrium and inverted our values.

We confess that we have ridiculed the absolute truth of Your Word and called it moral pluralism.

We have worshipped other gods and called it multi-culturalism.

We have endorsed perversion and called it an alternative lifestyle.

We have exploited the poor and called it the lottery.

We have neglected the needy and called it self-preservation.

We have rewarded laziness and called it welfare.

We have killed our unborn and called it choice.

We have shot abortionists and called it justifiable.

We have neglected to discipline our children and called it building esteem.

We have abused power and called it political savvy.

We have coveted our neighbors’ possessions and called it ambition.

We have polluted the air with profanity and pornography and called it freedom of expression.

We have ridiculed the time-honored values of our fore-fathers and called it enlightenment.

Search us oh God and know our hearts today; try us and see if there be some wicked way in us; cleanse us from every sin and set us free.

Guide and bless these men and women who have been sent here by the people of Kansas, and who have been ordained by You, to govern this great state. Grant them Your wisdom to rule and may their decisions direct us to the center of Your will. I ask it in the name of Your Son, the Living Savior, Jesus Christ.

← Stars Reveal The Glory
Rejected by None of The Above →