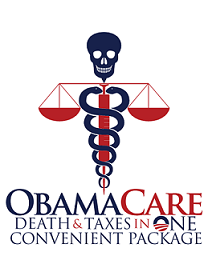 In the aftermath of the Senate’s failed repeal of ObamaCare, President Trump urged leaders of the GOP-controlled chamber on Saturday to change the rules to a simple 51-vote majority to pass legislation, saying they are “looking like fools” and calling the 60-vote requirement a “joke.” “”After seven years of ‘talking’ Repeal & Replace, the people of our great country are still being forced to live with imploding ObamaCare!” Trump tweeted. “If a new HealthCare Bill is not approved quickly, BAILOUTS for Insurance Companies and BAILOUTS for Members of Congress will end very soon!”

After Republican RINOs Susan Collins, Lisa Murkowski and John McCain sided with Democrats, head RINO Mitch McConnell said, in a speech from the Senate, that “it is time to move on. I’d rather get out of the way and let it collapse than have a half-ass approach where it is now our problem.” Of course he failed to mention that the “half-ass” approach was because of his lack of leadership.

And collapse it will. Already $19.8 trillion in debt, ObamaCare with its premium subsidies and the expansion of Medicaid, will cost taxpayers $87 trillion more over the next 30 years. In fiscal year 2018, spending on these programs will be approximately $603 billion according to the CBO or 1.98 times as great as defense spending. By 2019, if nothing changes, federal spending will rise to about $1.292 billion or 2.06 times defense spending.

Taxing the ultra rich is not going to solve this problem. Even if the government confiscated all income earned over $1 million, it would raise only 75% of the funds needed to finance ObamaCare. And that calculation doesn’t even factor in the massive loss of incentive to generate income from those that create and invest in businesses, creating new jobs.

Unless Medicare is reformed and ObamaCare is repealed, the government will have no choice but to bankrupt or increase the outrageous amount of money they already borrow to keep the county running.

While most everyone knows that one of the largest foreign owners of U.S. debt is China, only a few know that the government has been buying its own debt in the form of Treasury notes – IOUs. Currently, the Social Security Trust Fund owns most of the national debt. Actually calling it a “trust fund” is a lie – it is a “trust fund” in name only. The government takes all the money paid into this paper fund and puts it into the general fund to pay bills.

The Congressional Budget Office estimates that the national debt will soar to an incomprehensible $92 trillion over the next 30 years. That means that anywhere from 60 to 100 percent of all individual income taxes will go toward paying the interest on this debt, depending on what interest rates are in 2047, leaving very little money to run the government and none to buy back those pesky IOUs.

Based on current budget projections, out-of-control health care spending is pushing America toward bankruptcy and economic collapse. If interest rates continue to rise,  America could well be spending trillions each year on interest  while struggling to finance both a military and a welfare state.

Scottish historian, Laurence Tisch, professor of history at Harvard, deals not only with international history, but with economic and financial history. He says that the U.S., now deeply in red because of a combination of the Recession, the federal stimulus and financial bailout programs, two wars and a growth in social entitlement programs, is going to have to reduce the resources available for national security in the years ahead. The most likely outlook is that debt service will make up a growing portion of the federal budget, crowding out spending on national defense. And as defense spending declines, so will our capacity to provide security for America and our allies. “A world in which the U.S. is no longer predominate is not likely to be a better world…”

“To unite congressional Republicans, President Donald Trump should take action to end the congressional exemption from ObamaCare. It is apparent that since Members of Congress, their families and staff do not have to live under the law they passed for every other American, they lack the incentive to take the action they were elected to take. Ending Congress’s special exemption from ObamaCare will motivate Republicans to finally keep their promise — if not for principle, at least to improve their own insurance predicament.” Jenny Beth Martin, Tea Party Patriots

← Illegal and Unconstitutional
JK Rowling is a Vile Piece →