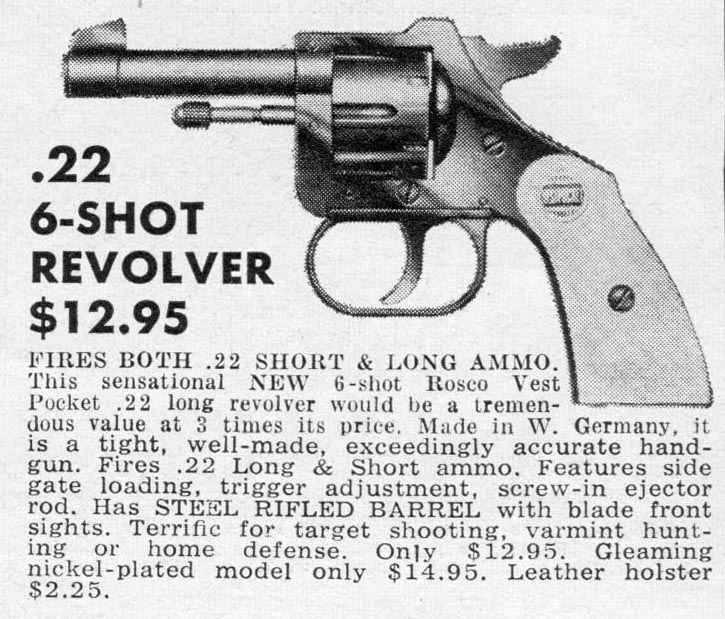 Some things in life are certain; bees buzz, cats meow, babies wet their pants, and the long nose of Mayor Bloomberg, which drips of self-righteousness, is stuck in every state’s business across the U.S.

Instead of taking care of business in New York, Bloomberg has taken it upon himself to become the Sheriff of Nottingham. With the usurping tactics of a dedicated traitor to the Second Amendment, and for the sole purpose of entrapment to push the anti-gun agenda, Bloomberg hired investigators to purchase firearms at a gun show event in Arizona, shortly after the Jan. 8, shooting in which six people died and Rep. Gabrielle Giffords was critically wounded.

Bloomberg refers to this as a ‘sting’ operation, but it is obviously entrapment.

Only licensed dealers are required to do background checks

The investigators were residents of the state, making the purchase and sale of the handguns legal

Video cameras proved their intent to deceive and entrap

Jim Cavanaugh, a retired agent for the Bureau of Alcohol, Tobacco, Firearms and Explosives,  in charge of the Nashville division, said he didn’t believe the sales described by the mayor were, in fact, illegal. (they weren’t)

“It’s not a prosecutable offense” because the purchasers were not truly felons, minors or drug abusers and because they didn’t tell the sellers definitively that they were, Cavanaugh said. As for Bloomberg, “ATF has asked him not to do it and to please coordinate with ATF if he thinks a violation is occurring.”

Bloomberg has authorized similar sting operations around the country as part of a push for tougher federal laws to help keep guns off the streets of New York.

As long as I can remember, New York has always been an anti-gun state. I also remember in the late 1960’s, the New York Police Dept. announced they would pay $50.00, no questions asked, for each firearm turned in.

Not long afterwards, an article appeared in the Virginia newspapers, which stated, most of the illegal guns in New York came from Virginia. What the article did not state was that, when New York announced $50.00 per firearm buyback, Virginia’s handgun sales skyrocketed. Citizens of Virginia were legally purchasing the cheapest handguns manufactured at this time, to include: RG10’s for $12.00 – $15.00, Clerk First for $12.50, and any handgun under $25.00. They would drive to New York, turn the guns in and collected $50.00 per gun. (At this time there were no limits on the quantity of handguns one could purchase.) Do the math. If you bought 50 handguns @$12.50 each, sold them for $50.00 each, the trip to New York was very profitable indeed.

Here’s the best part of the story. The New York Police Dept., sold all handguns turned in back to gun dealers in Virginia for $4.00 a pound. In return, Virginia Dealers sold the inexpensive handguns legally at used prices for $7. to $10.00 each back to Virginia residents; which were taken back to NY,  turned back in at the New York Police Dept. for another $50.00 per gun. This happened again, again, and again, and Virginians were saddened when the NY program shut down.

Anyone who possessed the least of common sense would associate the serial numbers on the firearms and realize they were being recycled. Think New York learned anything from this experience?    Check this out! The geniuses did it again!

In November 2010, after Mayor Bloomberg dropped the gun permit fee from $340.00 to between $25 and $110, Police Commissioner Ray Kelly and Al Sharpton announced a gun buyback program to take illegal guns off the streets of New York.

Taking place at a Harlem church, the buyback program would give a $200.00 gift card to people who turned in their guns in person and, a $1000 to anyone who anonymously called in with the location of an illegal firearm. “The best gift you can give this holiday season is to give in a gun,” Sharpton said.

Since the shooting incident by the deranged young man in Arizona, every anti-gun nut case have crawled out of their hole, for yet another attempt to destroy your rights under the constitution; to keep and bear arms.

Bloomberg said that without mandatory background checks, gun shows had become “magnets for criminals,” and called for federal action to close what he said were dangerous loopholes in the law. (The only danger lurking is the imminent danger from anti-gunners who wish to disarm America for the purpose of controlling the citizens. And, Bloomberg shouldn’t compare gun shows to politicians.)

In 1911 Turkey established gun control.  From 1915 to 1917  1.5 million Armenians, unable to defend themselves, were rounded up and exterminated.

In 1929 the Soviet Union established gun control.  From 1929 to 1953 about 20 million dissidents, unable to defend themselves, were rounded up and exterminated.

In 1935 China established gun control.  From 1948 to 1952  20 million political dissidents, unable to defend themselves, were rounded up and exterminated.

In 1938 Germany established gun control, and from 1939 to 1945, 13 million Jews and others who were unable to defend themselves were rounded up and exterminated.

In 1956 Cambodia established gun control.  From 1975 to 1977,  1 million people, unable to defend themselves, were rounded up and exterminated.

That’s 56 million citizens, without guns, who were killed.

With guns, you are a citizen – without guns  you are a subject.

Watch these videos and learn the truth.

“To preserve liberty, it is essential that the whole body of people always possess arms, and be taught alike especially when young, how to use them.” Richard Henry Lee

Exercise Your Right To “Keep and Bear Arms”

The Life You Save May be Your Own.