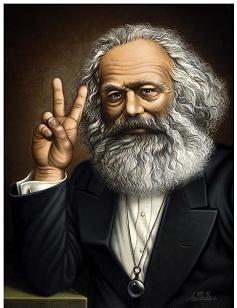 What do Socialist/Progressives mean when they say they want everyone to be equal?

Equality is often cited as a virtue but depending on who defines it, it may be more vice than virtue.  Biologically, we can never be equal.  Humans are born having unequal talents and abilities, into families with unequal means,  making it extremely hard to  achieve  equality of opportunity.   I suppose through eugenics, government could kill off all “inferior” citizens and produce a nation of Einstein’s through genetic engineering but what then?  Somehow I doubt these Einstein’s would be amenable to providing the mundane goods and services society needs to survive

While equality under the law should be the only form of equality that concerns a good government,  there are those in this country,  whether  through a  socialist or communist agenda  or just plain greed,  who  want big-brother to level the wealth playing field through  the forced redistribution of wealth under the guise of equality, aka Social Justice.  But, if people are inherently unequal and if government’s object is to produce equality of outcome,  then it becomes necessary for government  to treat people  unequally to achieve that goal. How is that justice?  With respect to wealth, the only way to produce similar outcomes is to hinder the creative and productive individuals and subsidize the less productive.

Karl Marx saw wealth as a “collective product” that belonged  to everyone.   He saw ownership of property as evil since in his mind, the “rich” use the concept of private property to oppress the “poor.”  He saw capitalism as a system invented by the rich to ensure that the poor never get their fair share.   Justice to Marx meant economic equality where all members of society receive the same amount of compensation, regardless of occupation, skill or work ethic, where no one owned private property, and where the right to inherit was abolished.    And to accomplish this utopian world of equality, Marx pushed seizing of wealth from those that have it and giving it to those that don’t.

Marx reasoned  that when all nations had developed socialist economies they would begin to evolve into an international communist society;  a stateless society in which central government had died.  People would voluntarily work for the “common good” and there would be no need for money since everyone  would get whatever they needed for free.   In his mind once national boundaries and governments  were eliminated,  war would cease.  I can’t help but wonder what he was smoking!

There are a number of reasons why forced equality is bad for society.  Not only does it reduces productivity,  it dulls the incentive to work and produce,  while rewarding  mediocrity.   Historically, all attempts to produce equality of outcome have made the people equally poor and miserable.

The pilgrims at Plymouth, Massachusetts, under contract with London merchants, were forced to begin life in the new world under a socialist system and half of them died during the first winter.  Governor Bradford wrote that the experience of taking away property and forcing the pilgrims to equally share regardless of who worked and who didn’t  “breed much confusion and discontent, and retard much employment that would have been to their benefit and comfort.  For young men that were most able and fit for labor and service did repine that they should spend their time and strength to work for other men’s wives and children without recompense. . .that was thought injustice.”  Once Bradford abandoned this collective, socialist way of life,  the colony became very successful.

So the big question isn’t what government must do on your behalf.  It is what government must do on our behalf.   Individuals have rights but those rights comprise a sphere of personal liberty against government.  In that sphere, every individual is free to work hard, nor not; to make the most of his life while bearing the responsibilities of his choices.  Freedom, after all, includes the freedom to fail.  Failure is a part of life – there is no right against it.

The proper function of government is not to attempt to produce equality of outcome.  Government’s duty to its citizens with regard to equality,  is to treat its citizens equally under the law.  This means that every citizen should be equally subject to the nation’s laws – No More – No Less.    We cannot have government engage in the redistribution and regulation that is necessary to bring about equality of outcome without giving government absolute, totalitarian power.

“If we aim for freedom, we will also get, indirectly, a good measure of equality as  part of the bargain, but that is a bonus; if we aim for equality directly, however,  we will lose liberty, and we will not get equality anyway.”  Milton Friedman