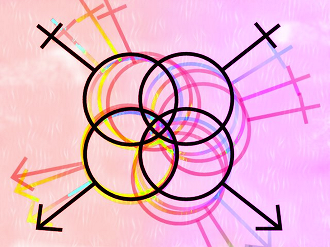 Far-left judges, lawyers, church officials, politicians and educators are determined to reengineer the world to fit a politically correct standard. They dream of a society where everyone is equal, where no one is condemned for their actions, where everyone gets that mirror ball for achieving little if anything, where everyone can fulfill their own desires and demand others not only accept but celebrate their lifestyles.   That’s not a dream – to cling to such absurdities is a nightmare.

Such is the state of our society after decades of determined chipping away at the very foundation of traditional family.  Views that once inhabited the shadowy fringes are stomping their way into courtrooms and legislative chambers. Bit by bit, these reality-challenged individuals are codifying their twisted vision into reality, aggressively introducing new laws and filling the judicial record with new precedent, giving them the legal power to stamp out dissent.

Today gender has been bent into more than fifty shades of gray.  Truthful speech has been labeled “hateful” by intelligentsia, and politically-correct speech is now required under penalty of public shaming and legal sanction.  To even suggest that a person’s gender was answered in the beginning when our Creator made us male and female is to blaspheme against the modern idol of “diversity” in this contemporary age.

Politically correct speech would have us falsely proclaim that a human person can be whatever gender they want, whenever they want.  There is even a gender designation called “gender fluid” in which a person can flow from one gender to another as effortlessly as water flows down a stream.  In the not so distant past that claim would have merited a straight jacket; today it may yield international approbation and acclaim.

Just last October, California’s governor Moonbeam signed four bills into law, three of which criminalize behavior deemed discriminatory against cross-dressers, bisexuals and homosexuals and the last enabling same-sex couples to share a last name once they are “married.” Discrimination now includes anything “perceived” as different treatment because of behavior “perceived” as not stereotypically male or female. It includes anything that might suggest that a child living with a mother and father is advantaged over someone living with a single homosexual male or female who has multiple partners. It includes a reference to traditional families in a textbook without glorifying same-sex couples. The implication of these laws is enormous and rest assured that there are money hungry lawyers eagerly awaiting the opportunity to put such “crimes” on trial.

Robert Tracinski writes in his article, In an Era When the Insane Are Normal the Normal Are Insane, “there is plenty more crazy where this comes from” . It’s astonishing to see how smoothly the logic of the transgender movement can be “borrowed” for a new movement of the “transabled,” a world where people who feel like cripples trapped in a fully intact body demand the right to amputate unwanted limbs. If one’s body must be cut to fit one’s self-image, no matter how delusional what’s to stop them except for the fact that they don’t yet serve anyone’s political agenda? Then there’s the newest front in identity politics, the claim that multiple personalities are not a disorder but merely a different way of organizing the mind. It is the ultimate campaign for diversity.

Study after study proves that family as God intended it to be is the ideal situation for everyone involved and for society in general.  That is reality no matter how much people want to pretend otherwise.

← Utopia: An Empty Promise
Are You Among The Living Dead? →