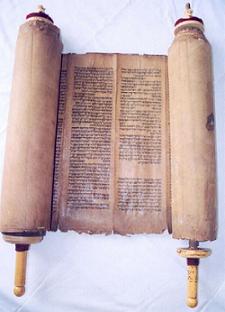 “We can never learn too much of His will towards us, too much of His messages and His advice. The Bible is His word and its study gives at once the foundation for our faith and an inspiration to battle onward in the fight against the tempter.”  John D. Rockefeller

The Bible was written over the course of 1,500 years by around 40 different authors. Its first words were penned around 3,500 years ago. For thousands of years this unique collection of writings has been preserved, prized, parsed, weaponized and warred over. Surely no book has been hacked apart, questioned and ridiculed as much as the Bible, especially in our modern world. Yet it has stood the test of time like no other. Even those who ridicule it acknowledge that there isn’t anything else on Earth quite like it.

There is even a field of science that has a lot to say about the Biblical record and that field is archaeology. A number of remarkable finds have been made in relatively recent history that prove Biblical history, history thought originally to be of scant value at best, if not completely fabricated.

King Belshazzar, the grandson of Nebuchadnezzar, described in the book of Daniel as the last king of Babylon, was killed when the city fell to the Persian Empire.  (Daniel, Chapter 5).  Historians insisted that Belshazzar never existed since the Bible was the only known document to ever mention him. They knew that king Nabonidus was the final king of Babylon and that he was taken prisoner, as clearly documented.

In 1854 British Consul John Taylor was excavating an ancient ziggurat (temple) in the area of Ur, an area ruled by Babylon, in what is now the Dhi Qar province of Iraq, when he discovered what became known as the Nabonidus Cylinders on which was recorded the history of the temple and a request to his god, [A]s for Belshazzar, the eldest son, the offspring of my heart…. Of this Brian Edwards and Clive Anderson write in their book Through the British Museum With the Bible, Nabonidus, the son of Nebuchadnezzar spent many years on campaign at the oasis of Teima in northwest Arabia and Belshazzar, his son,  remained at Babylon as co-regent and thus as de facto king. This also explains why in Chapter 5, verse 29 Daniel is described as the third ruler in the Kingdom (behind Nabonidus and Belshazzar) for interpreting the handwriting on the wall.

Genesis 23:10-20 describes Abraham burying his wife Sarah in land purchased from Heth, a Hittite merchant, the second son of Canaan (Gen 10:15 and 1 Chron. 1:13). For those not familiar with Canaan, he was the 4th son of Ham of an incestuous relationship with his mother (Gen 10:6 and 1 Chron. 1:8). Like Belshazzar, historians said the Hittite Empire didn’t exist that early in history.

In 1906 an immense sprawling fortified city found in modern-day Turkey was confirmed to have been the Hittite capital, Hattusha. A royal library of about 10,000 tablets helped prove to archaeologists that these people were indeed the people of the land of Hatti, the kingdom of Kheta in the Egyptian texts and the Hittites of the Bible. This massive empire controlled what later became modern-day Turkey and its power and influence had expanded as far south as Syria and into parts of northern Canaan. In Joshua 9:1 and 11:3 we read of the Hittites in alliance with other Canaanite tribes against the children of Israel as they entered the promise land. Little else is mentioned of this branch of the Canaanites although we read in 1 Sam 26:6 of Ahimelech the Hittite and again of Uriah the Hittite, one of David’s bodyguards in 2 Sam 23:39.

According to the New Testament, Pontius Pilate was the Judean prefect of the Roman Empire who delivered Jesus to be scourged and crucified. The Bible description and later brief Roman histories were the only indications of Pilate’s existence until 1961 when a unique white damaged stone, dated to between 25 and 35 A.D. was discovered in Caesarea bearing these Latin words: DIS  AUGUSTS TIBERIEU [PO]NTIUS PILATUS,  […PRAEF]ECTUS IUDA[EA]E, […FECIT D] E[DICAVIT]. In English it reads: To the honorable gods (this) Tiberium; Pontius Pilate, Prefect of Judea, had dedicated…..  While the full passage is impossible to read, the reference to Pontius Pilate and his governing position is unmistakable.

Luke, writer of one of the four Gospels and the Book of Acts, was a highly educated physician. Joseph Holden writes in The Popular Handbook of Archaeology and the Bible, “at one time, Luke, the companion of the Apostle Paul, was viewed as an unreliable guide to the history and geography of the Mediterranean world.” While Luke was alone in his use of terms, locations and mention of persons not known to scholarship, that is no longer the case. He has been vindicated repeatedly, to the point that Sir William Ramsay, noted classical archaeologist, once a skeptic of Luke’s reliability, called him the greatest of historians, even above the Greek historian Thucydides.

As an example, in the book of Acts 17:6-8 Luke used an interesting term for “rulers of the city” – politarchs, that had scholars confused and assuming that his writing was fraudulent, or wrong, until archaeologists came to his rescue.  During the 19th century, a large 2nd century A.D. inscription from a Roman gateway was uncovered bearing the word poleit-archounton, which was later shown to be from the verb politarcheo, meaning “to act as a politarch.” This example is just one of many that verifies Luke’s language use.

While it is rather presumptuous for scholars to think they know more about a language as it was 2,000 years ago than someone as highly educated as Luke who lived during the period,  their presumptions show the bias and deep skepticism that confronts the Bible’s accuracy.  While there have always been those who doubt, criticize or just dismiss the Word, never before has so much doubt exited in the face of so much proof.

“All scripture is given by inspiration of God, and is profitable for doctrine, for reproof, for correction, for instruction in righteousness: that the man of God may be perfect, thoroughly equipped unto all good works.  2 Tim. 3:16-17

Sources:  The Bible: legend or Literal? by Christopher Eames; and Archaeologists Uncover Evidence of Biblical Truths