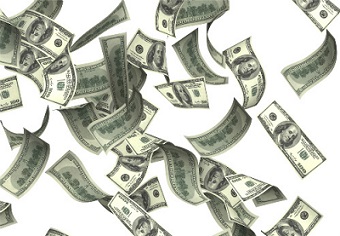 The average person will tell you that healthcare is expensive but they can’t explain why because they don’t understand how it operates. Healthcare is not really a system at all, but a nebulous economy that makes up between 1/5 to 1/6 of the Gross Domestic Product or GDP. It is a $3.4 trillion annual economy with many components.

There is healthcare and there is healthcare insurance. Many consider the two to be indistinguishable and in a sense they are right. Insurance has become part of the pre-paid healthcare arrangement. It was not always like that but over the past 50 years, since the introduction of Medicare and Medicaid, the third party payer system has replaced the transactional nature of medical services and the payment of these services. As private insurers also took over the responsibility of paying for services, the patient and the doctor was left out of the transaction altogether.

Over time, patients began to expected insurance to pay for the majority of their medical care, from the simplest procedure to open heart surgery. The problem is that the majority did not care how much something cost, nor did they ever ask, because they came to expected their insurance to cover it. They forgot that there is no such thing as a free lunch. They were in essence paying for these services through ever increasing healthcare insurance premiums. There has not been price transparency in medicine for over half a century.

The largest of healthcare expense is hospital care. Hospitals have become the new power brokers as federal and state regulations are written to favor them at the expense of all others in the system. Whether calculated or not, there is no denying the fact that hospitals control healthcare in most places around the country.  Hospitals are paid at a higher rate for services than doctors who deliver the identical service outside of the hospital. In addition, they receive funds from state and federal sources. And thanks to Certificate of Need laws which made it impossible for competitors to open up in the hospital’s geographic area, they have stifled competition, the result of which has given them “carte blanch” with regard for how they charge for medical services. Two patients can have identical services and be charged vastly different amounts. No one can tell you how much anything cost but you can be fairly certain that it has been marked up five to ten times the actual cost.

There are several other items that contribute to the high cost of care, the first of which is insurance mandates. To be fair, insurance mandates predated Obamacare, controlled by state insurance commissioners. While mandates vary by state, on average there are 24 essential services that must now be offered by an insurer, whether the insurance policy holder needs them or not,  that drive up the cost of healthcare.  What those benefits are and how many must be included will depend on the lobby for a particular group of health care providers and how much influence (money) they have over state lawmakers and regulators.

Another reason for the high cost of care is called Defensive Medicine. Doctors order tests that check for unusual problems that likely do not affect their patient but if by chance they did, and the doctor didn’t check for them, they could very well end up on the wrong end of a medical malpractice suit. This practice alone has been estimated to cost the system as much as $650 billion annually. Because patients are now picking up the tab on more items that insurance will not pay for and current deductibles are so high under Obamacare, this makes direct costs to patients even higher.

And let’s not forget drugs prices which in the U.S. are the highest in the world. Some reasons can be explained but the rest remain a mystery. Drug companies blame the FDA approval system for part of the expense.  In addition, they claim that to develop a new drug and bring it to market can cost them over $1 billion and on average only 1 out of 20 actually make it to market. They also claim that the patent process is unfair because it is difficult to recoup their investment in the 7 to 14 years of the life of an exclusive patent. Finally, the mass tort phenomenon that allows predatory lawyers to find “victims” who have taken certain medications and developed certain problems will have the result of dis-incentivizing companies from developing potentially life-saving treatments that may carry with them some risk of side effects.

None of these reasons excuse the drug company behavior, predatory business practices or price gouging. Even some drugs which are generic and have been around for years are suddenly, and without explanation, costing 50-1000 times of what they once cost. The only solution to this problem is for less regulation and allowing the international market to drive costs down, because these astronomical costs are only being charged in America, where these companies can get away with it.

The solution to all of these problems is more competition, not more regulation. Deregulation, both at the state and federal level, will open up markets. Price transparency should be required so that patients can once again be consumers. Insurance commissioners must allow insurance companies to write “basic policies, and they need to embrace healthcare delivery models like Direct Primary Care, which cuts out third party payers and re-establishes a financial connection between patients, their doctors, and the cost of the care that patients receive from their doctors. Allowing patients to get care in facilities outside of the hospital will require eliminating laws that favor hospitals over doctors, such as the outdated Certificate of Need laws. Governors should apply for Medicaid State Innovation Waivers (1332 waivers), which will give them more flexibility to control healthcare spending for an out-of- control Medicaid program.

These are but a few of the ways that states can begin to put some sanity back into an out-of-control healthcare system. It has to begin somewhere and it needs to be done today.

Dr. Hal C. Scherz is the Founder and Secretary of Docs 4 Patient Carefull, a full time practicing urologist at Children’s Healthcare of Atlanta, and an Asst. Professor at Emory University. Originally published in the HANDBOOK ON HEALTHCARE REFORM, DECEMBER 2017, thomasjeffersoninst.org, Why is Healthcare Cost So Expensive and What Can States Do To Lead The Way.

← Christians Become Too Soft and Nice?
Eliminate the Tyranny of Case Law →