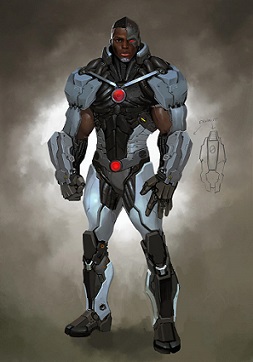 Since ancient times man has dreamed of escaping death.  Transhumanism, the idea that man can exceed its current physical and mental limitations by using science and technology, has moved from the fringes of science fiction into the realm of academia.

Professor Yuval Harari, an Israeli historian, author and tenured professor in the Department of History at the Hebrew University of Jerusalem, in his new book Homo Deus, A Brief History of Tomorrow, sees the future of mankind through “dataism,” the organizing principle of humanity when big data is married to biology, giving mankind “godlike” powers to redesign humanity and create an inorganic new species – artificial intelligence.

According to professor Harari when science reaches the power to engineer death and pain out of our system, that same power will be sufficient to engineer mankind in almost any manner by manipulating our organs, emotions, and intelligence. Bioengineering is not going to wait patiently for natural selection to work its magic, not when it will be able to rewrite our genetic code, rewire our brain circuits, or alter our biochemical balance, creating new godlings who might be as different from us as we are different from our earliest ancestors.  Cyborg engineering will take the process a step further by merging the organic body with nonorganic devices such as bionic hands, artificial eyes, and Nano-robots that will navigate our bloodstreams to diagnose and repair damage.

An even bolder approach would be to dispenses with organic parts altogether and engineer completely nonorganic beings. Neural networks will be replaced by intelligent software which could surf both the virtual and non-virtual worlds, free from the limitations of organic chemistry. “After 4 billion years of organic compounds,” life will break free into the vastness of the inorganic realm and take shapes that we cannot envision even in our wildest dreams, enabling “life to break out of planet earth.” Once technology enables us to reengineer our minds, mankind as we know it will “disappear,” human history will “come to an end” and a completely new kind of process will begin.

Once mankind becomes a creation of science rather than of God, all that it means to be human will evaporate.  If transhumanism becomes a reality what then?

Yoshihiro Francis Fukuyama, an American political scientist, political economist, and author, best known for his book The End of History and The Last Man,  believes transhumanism is the world’s most dangerous ideology. “The first victim…might be equality. The U.S. Declaration of Independence says that all men are created equal, and the most serious political fights in the history of the U.S. have been over who qualifies as fully human….If we start transforming ourselves into something superior, what rights will these enhanced creatures claim, and what rights will they possess compared to those left behind?”

No one knows for certain if transhumanism is even possible but if it were?  Imagine the future – a world ruled by bionically enhanced super-humans where dictators like Hitler or Stalin would live for thousands of years. Imagine corrupt governments awarding political lackeys with perpetual youth, or power hungry generals deploying super soldiers to slaughter their enemies. Imagine a world where Alex Huxley’s Brave New World wasn’t a dystopian nightmare but a living reality.

Professor Harari, grew up as a secular Jew, and holds a doctorate from Oxford. In his previous book, Sapiens: A Brief History of Humankind, he wrote of the end of humanity due to globalization and technological advances, singling out Christianity as the chief fiction of the world.  “Previous cultures, he says, especially traditional religions, usually needed death in order to explain the meaning of life. Like in Christianity – without death, life has no meaning. The whole meaning of life comes from what happens to you after you die. There is no death, no heaven, no hell… there is no meaning to Christianity. But over the past three centuries we have seen the emergence of a lot of modern ideologies such as socialism, liberalism, feminism, communism that don’t need death at all in order to provide life with meaning.”

“God,” according to Harari, “is extremely important because without religious myth you can’t create society. Religion is the most important invention of humans. As long as humans believed, they relied more and more on these gods and were controllable.   With religion it’s easy to understand. You can’t convince a chimpanzee to give you a banana with the promise it will get 20 more bananas in chimpanzee heaven. It won’t do it. But humans will.  But what we see in the last few centuries is humans becoming more powerful and they no longer need the crutches of the gods. Now we are saying we do not need God, just technology.”

Harari believes that religion, law, nations, etc. are mere fictions, developed by the subjectivity of the human mind  with the purpose of promoting progress. Knowing this, he believes, will enable mankind to progress by discarding old systems of religious thought and believe in the reality of humans to evolve into a better, technological, transhuman thing. To the contrary, the fundamental beliefs that drive Harari’s argument come from his flawed concept of the origin of religion—and humans—subjectivist, Cartesian epistemology, and 19th century pragmatism, which results in relativism.

His prognostications about the future of mankind with its hope based in evolution and technology, should be recapitulated in a system of thought which comports with what is truly real: God.