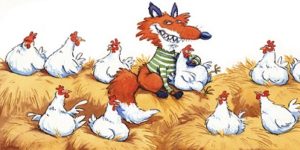 According to the World Mercury Project two giant vaccine scandals are in progress at the moment.   The mainstream press is mentioning them, here and there, but without any intent to raise alarms,  investigate, or inform the public.  What else is new, right?

The first scandal revolves around the flu vaccine for the current year.  While the government, medical personnel, the press, the CDC continued to press the need for everyone to protect themselves by getting the flu shot,  the CDC had already admitted that the vaccine they will be pushing this year is in actuality a dud, with perhaps 10% effectiveness, at best.

The vaccine is a dud like all the other vaccines produced for the last 70 years because they use chicken eggs  and in that medium, the flu virus mutates and is no longer the same virus that is causing the flu you are supposedly seeking protection from.  These mutations can change the antigenic properties of the virus,” according to Scott Hensley, PhD, an author of the study and associate professor of microbiology at the University of Pennsylvania.

The second scandal keeps unfolding in the Philippines, where drug giant Sanofi’s Dengvaxia, given to prevent Dengue Fever, is facing enormous push back from government officials, who stopped the national vaccination campaign, after thousands of children already received the shot.   The issue?  Safety.   This is the same government officials who refused to heed the warning from the drug manufacturer in advance of vaccinating children that the vaccine’s safety and efficacy were unproven.

FiercePharma’s warning included information that the drug could cause more serious infections in those who previously hadn’t had exposure to the virus. In essence, they were warning Philippine officials that children naturally exposed to the virus had already developed antibodies to protect them against the Dengue virus in the vaccine.  “If a child is ALREADY immune to Dengue Fever, because his immune system has successfully dealt with the virus, then the vaccine won’t damage him.”  And THAT is saying, “If the child has naturally developed an immunity to Dengue, then the vaccine, WHICH HE DOESN’T NEED, won’t harm him.”   Of course, the press isn’t getting the picture. If any reporters are seeing the light, they’re keeping their mouths shut. The scandal is too big and too crazy.    Between the lines, a vaccine company is admitting their vaccine is only safe for children who don’t need it.

And it’s not just flu vaccines Americans have to worry about – it’s all vaccines. If you think the CDC or the FDA is on your side – think again!

Most Americans are oblivious to the huge annual burden of chronic illness, injuries and deaths linked to vaccines. Some of the blame for the public’s ignorance belongs to a complicit media that “pretends that vaccine-related injuries do not occur.” However, the lion’s share of culpability for the buried story likely rests with the two federal agencies charged with vaccine oversight—the Food and Drug Administration (FDA) and the Centers for Disease Control and Prevention (CDC)—both of which regularly engage in various forms of deception to uphold their bland narrative that vaccines are unambiguously safe.

The two agencies claim that they only “license” vaccines and “allow” them to remain on the market if the vaccines’ benefits outweigh their potential risks. Yet credible accusations have surfaced for years—aired by legislators, researchers, watchdog groups and many others—that both the FDA and CDC lack the impartiality required to make accurate judgments about vaccine safety. How can they, when the CDC’s dual mandate is both to monitor vaccine safety and promote vaccines?

Recognizing that this represents an “enormous” and “inherent” conflict of interest, a few gutsy legislators periodically have attempted to establish an “objective and non-conflicted office,” the sole purpose of which would be “to address, investigate, and head off potential vaccine safety problems.” Thus far, these efforts have gone nowhere, but even a cursory look at the agencies’ capture by industry confirms that it is time to stop allowing the fox to guard the hen house.

The FDA’s and CDC’s business-as-usual reliance on external experts with financial ties to the pharmaceutical companies and/or products that they are evaluating is dangerous.   Little has changed since a congressional Committee on Government Reform  noted that the FDA and CDC advisory committee members and chairpersons own stock in the vaccine companies under consideration, as well as owning vaccine patents themselves.  The CDC regularly “grants conflict of interest waivers to every member of their advisory committee a year at a time and allows full participation in the discussions leading up to a vote by every member,” even if a member has a financial stake in the decision.   Overall, the congressional review sketched a portrait of an “old boys network” of experts and advisers who “rotate between the CDC and FDA, at times serving simultaneously.”

In 2014, a Drexel University researcher examined 15 years’ worth of conflicts of interest at the FDA, framing them as a significant “health policy problem” driven by both financial ties and “selection” mechanisms (that is, committee members who are “predisposed to favor pharmaceutical companies”). A 2015 article in the British Medical Journal (BMJ) illustrates the ongoing magnitude of the problem, showing how drug and device companies paid roughly $3.7 billion to U.S. physicians and teaching hospitals over just one half-year period; as the BMJ incisively states, “financial conflicts of interest in medicine are not beneficial, despite strained attempts to justify them and to make a virtue of self-interest.”