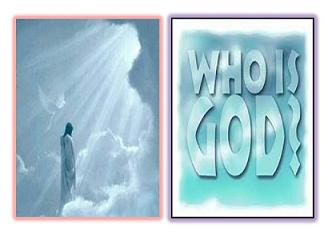 “God is dead. God remains dead. And we have killed him. How shall we comfort ourselves, the murderers of all murderers? What was holiest and mightiest of all that the world has yet owned has bled to death under our knives: who will wipe this blood off us? What water is there for us to clean ourselves? What festivals of atonement, what sacred games shall we have to invent? Is not the greatness of this deed too great for us? Must we ourselves not become gods simply to appear worthy of it?”   Friedrich Nietzsche

Traditional America is drying.  In its place,  a new liberal barbarism is being born.  The younger generation is becoming godless, according to a Pew Research poll which found that belief in God has dropped among millennials.  If true, this will have profound repercussions upon  society, fostering moral disintegration and the eventual death of our Judeo-Christian civilization.

Influenced by prominent atheist and agnostic intellectuals, young people are slowly abandoning traditional values.  They are following the road paved by anti-Christian Europeans, sacrificing God at the altar of neopaganism and shallow humanism.  In some ways, this should come as no surprise.

Since the 19th century, Western elites have sought to create a godless society.  Socialism, Fascism, Nazism, Communism, Collectivism and New Age Liberalism – all are ideological offshoots of the same idea: achieving utopia on earth through man’s rebellion against the divine moral order.  The result has been a sustained relentless assault upon religious faith, especially Christianity.

Europe, the cradle of Western Christendom, has unfortunately also become a secular wasteland – decadent, hedonistic and in spiritual and demographic decline.  Having jettisoned God, Europeans are turning to statism and sex to fill the void.   Are we fated to walk in Europe’s footsteps?

Secularists believe that the individual is the sole arbiter of human meaning.  Only individuals can decide what is right and wrong, good and evil, legal and illegal.  They deny the transcendental nature of man; that humans are created in the image of God and indelibly stamped with a spiritual purpose and moral identity.

Wiccans, Satanists, Pantheists, Shakers, believers in UFOs – all of them embrace the reality of the supernatural while rejecting the seminal truth of humanity –  that following Jesus Christ is the path to salvation.

The Biblical worldview was once the foundation of the West.  It understands that life should be measured through the Word of God – the Bible.  God is the sole creator of the universe and human existence.   Christ embodies suffering goodness in a wicked world – His crucifixion has offered humanity the means to transcend sin and attain personal salvation.  This Biblical worldview has infused how every major institution ought to function- the family, marriage, church, courts, the nation-state and society.

Russian novelist Fyodor Dostoyevsky once wrote: “If God does not exist, then everything is permitted.”  He was right.  We are abandoning God and as we do so, we are losing the very best of our American heritage.  Only by re-educating  the nation in the truths of Christianity can we prevent the collapse of our Republic.

← Looking For Someone Else To Blame
Muslim Slave Trade of Africans →