Sometimes you just gotta see it to believe it. The secular left can come up with the most outrageous, imbecilic and just plain ghastly things around. One could put together a series of books just highlighting the things found on their banners, signs and posters.

They can be utterly mind-boggling, reflecting a complete dearth of mental and moral health. Simply confining our selection to the sorts of things we see by the pro-abortionists could fill a few volumes. And that is what I wish to attempt here.

This is the first time I am trying to write an article which is mainly composed of pictures, with much less text than normal. I usually try to have at least one pic to go along with each article of mine, but as we know, a picture is worth a thousand words.

My apologies if you happen to be visually impaired, but for the rest of you, seeing these pictures may do a whole lot more good than just writing about them. So I will here offer a dozen pictures, mostly from various public abortion marches, along with some commentary about each.

Some come from the recent abortion protests in Ireland, some come from Australia, and some from elsewhere. Much of the material featured here comes from an article I have already penned – one from just hours ago.

There I discussed a number of these pictures and posters, but it seems that actually seeing them will help in at least two ways: 1) it will prove I am not making these things up; and 2) you can see for yourself just how depraved, deranged and degenerate some of these banners and signs really are.

Here then are some actual pictures and posters, with a bit of my commentary underneath each one: 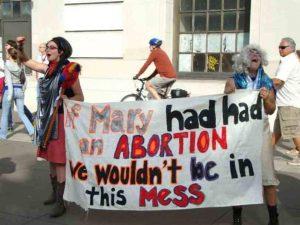 Back in San Francisco in 2011 at the Walk for Life West Coast some pro-aborts held up a large banner with these words: “If Mary had had an abortion we wouldn’t be in this mess.” Once again, we see the hatred of God fully coupled with the hatred of life. 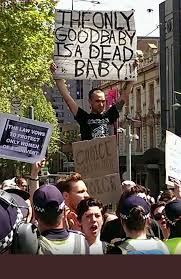 And at a prolife march I was at back in 2014, there was one angry protester holding up a large sign with these words: “The only good baby is a dead baby.” 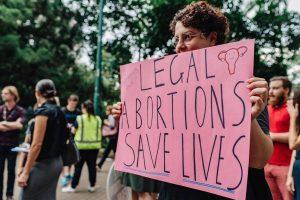 At another prolife rally I attended, one pro-death protester held up a sign with the words, “Legal abortion saves lives”. Wow. Talk about Orwellian doublespeak. Talk about believing a lie. So legal baby killing saves lives? Try telling that to all the dead babies. 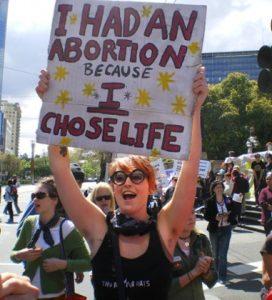 Another sign proudly held up said this: “I had an abortion because I chose life.” Yes, she actually said that. This is now a case of where white has become black, and the mind has turned to mush. To say such things with a straight face demonstrates both mental and moral degeneration and death. 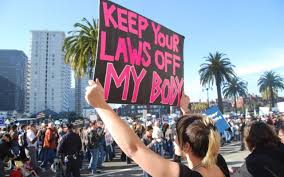 The truth is, most laws deal with morality, and most moral issues have legislation involved. Since abortion is about taking the life of another (murder), all civilised societies have laws about such matters. 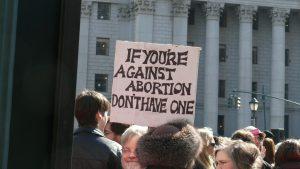 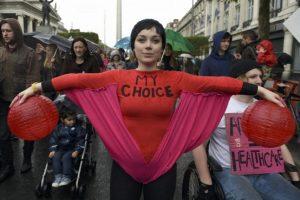 Translation: “It’s my choice to kill, and the baby’s lack of choice to stay alive.” 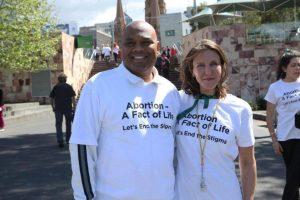 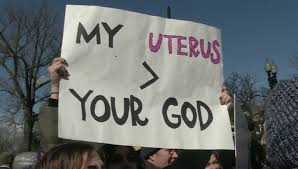 Actually, the God who made you and your uterus is of course far greater. But even leaving God out of the equation, the baby growing inside of you is not less than you are. Both mother and baby have an equal right to life. 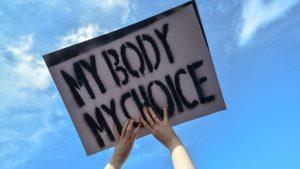 Um no, it’s the baby’s body. If it were your body, you’d be the one who dies. 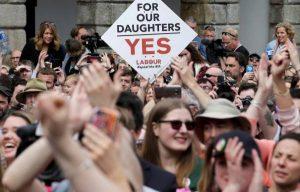 And we even saw on the news reports pro-death marchers in Ireland carrying their toddlers with them! One Irish repeal advocate had this sign held high: “For our daughters: YES. Repeal the 8th.” Um, which daughters? The ones who are killed, or the ones who escape the death sentence? 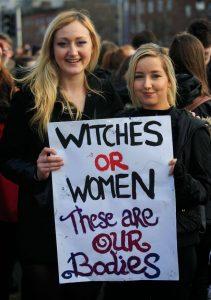 God and life always go together, just as Satan and death always go together. Recall what we find in Proverbs 8:36: “All who hate me [God] love death”. There you have it folks. And Jesus said much the same in John 10:10: “The thief comes only to steal and kill and destroy; I am come that they might have life, and that they might have it more abundantly.”

There would be plenty more such banners and signs to run with, but hopefully by now you get my drift. There is a lot of evil out there, and a lot of minds and hearts that have become darkened beyond recognition. This is what we are up against.

This is part of the cosmic battle that we are engaged in.