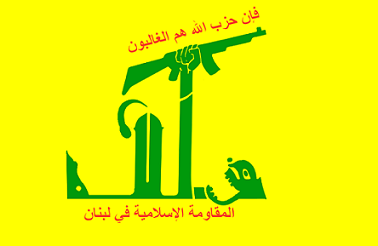 Counter terrorism is not about defeating terrorism;  it is about constricting their operating environment, it is about making it harder for them to do what they want to do at every level:  conducting operations, procuring and transferring false documents, ferrying fugitives from one place to another; financing, raising, and laundering funds. It is about making it more difficult for terrorists to conduct their operational, logistical, and financial activities.

In April, Intelligence officials and former White House officials confirmed to Congress that Iranian-backed militants are operating across the United States mostly unfettered, raising concerns  that these “sleeper cell” agents are poised to launch a large-scale attack on the American homeland.

Iranian agents tied to the terror group Hezbollah have already been discovered in the United States plotting attacks, according to Congressman Peter King of New York,  who was referring to the recent arrest of two men  in New York and Michigan.  “Both individuals received significant weapons training from Hezbollah,” King said. It is clear Hezbollah has not only the will but the capability”   Michael Pregent, a former intelligence officer, reminded us that these Hezbollah terrorists are as “good or better at explosive devices than ISIS, and better at assassinations and developing assassination cells.”

And yet despite these grave threats to America, members of both parties continue to pretend that leaving our Southern border open is a viable option according to Ben Shapiro: Republicans, because they are beholden to big businesses seeking cheap labor, and Democrats, because they wish to confiscate the wealth of citizens. But at this point, there is simply no excuse for not closing the border.   In 2016 U.S. officials  discovered a massive 800-foot tunnel under the border, complete with elevator.

Hezbollah’s and Iran have had a presence in South America since at least the early 1980s.  A region routinely called “the United Nations of crime,” a classic “terrorist safe haven,” and a counterfeiting capital, the Tri-Border Area of Brazil, Paraguay and Argentina is a natural home for Hezbollah to build financial and logistical support networks within existing Shia and Lebanese diaspora communities.

In their  Latin America operations they are raising significant sums of money through illicit business, smuggling, money laundering, drug shipments and by providing logistics and financing for terrorist operations. Working with the drug cartels has enabled Hezbollah to purchase arms, most recently for the war in Syria, and, according to the U.S. Drug Enforcement Agency, to fund and facilitate the activities of the External Security Organization, sometimes referred to as the Islamic Jihad Organization, which is Hezbollah’s terrorist wing.

Iran is believed to fund Hezbollah to the tune of at least $100 to 200 million per year, some of which comes in the form of weapons. Iran also funnels money to Hezbollah through purportedly private charities closely affiliated with the revolutionary elite led by Supreme Leader Khomeoni who controls such key Iranian institutions as the intelligence and security services, the judiciary, and the revolutionary council.

Beyond this tangible support,  Iran also provides Hezbollah  with training and logistical operation support.  A significant modus operandi that runs through all Hezbollah global activities — financial, logistical and operational — is that at some level all Hezbollah networks are overseen by and are in contact with senior Hezbollah and/or Iranian officials.   For example, Hezbollah operatives in Charlotte, North Carolina, responded directly to Sheikh Abbas Haraki, a senior Hezbollah military commander in South Beirut.   At the same time, Hezbollah procurement agents in Canada who coordinated with the Charlotte cell worked directly with Haj Hasan Hilu Laqis, Hezbollah’s chief procurement officer who operates closely with Iranian intelligence.

While Hezbollah has not conducted a major attack on U.S. soil, the group could decide to strike key American sites should U.S.-Iran relations deteriorate substantially, according to the Investigative Project on Terrorism.  “Preparations to combat Islamist terrorism broadly should strongly consider the nuanced and growing Hezbollah threat to U.S. national security,” the report concludes.

Hezbollah is known for having “broader penetration in the Western Hemisphere than any other terrorist organization,” according to the  U.S. State Department.  They are a multi-faceted, multinational organization that has a presence in virtually every country in North and South America.