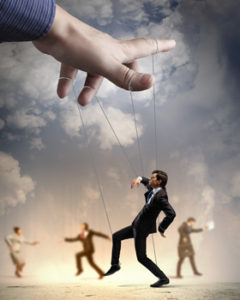 In order to be understood, one should take great pains to articulate what is meant by the words that come out of one’s mouth. Right? However, if you’re trying to hide what you mean or evade a revealing question, vague language is the best method. And, yes, while I believe that this is an abuse of language, the left in academia, in politics, and the media love linguistic manipulation because as long as words are left undefined, their meanings are vague and left up to the listener’s imagination.

Let’s talk rights. Liberals love to make use of the nominal definition of “rights” in order to suit their needs, especially when it comes to Constitutional interpretation. When discussing rights, the political left rarely refers to natural rights because natural rights assume that nature exits. Natures contain those pesky little things called essences and, essences lock one into a definition about objects and not words. Talking about objects is too specific for those who care more about the pragmatism of the word truth than conforming to it. It is this pragmatic use of the word “right” that the left uses to its advantage. What I mean to say here is that though the political left denies essences when it comes to their own duties, they affirm them when it comes to others’ duties towards them.

Most often when the left speaks of rights it is in the context of what one is allowed to do. “I have a right to free speech,” cry the protestors. Rights become the tool for those who claim that which is owed to them – you owe me a living, you can’t stop me from doing this, you must tolerate my behavior, etc. Of course they are not talking about the nature of rights, which when defined by the Founders is the essential definition of rights, grounded in God’ endowment. As Thomas Jefferson said, “all men are endowed by their Creator with certain unalienable rights.” These rights are also grounded on man’s design (end), thus they have more to do with man operating towards this end or conforming to his design.

The left hates the Founder’s definition of natural rights because it has to do with God’s design and disallows others to require tolerance of certain behavior. That is, if one has a natural right to something, then others have a duty to not infringe upon that natural right. Take for example, those “found” rights to murder an unborn child.” The left leaves undefined what right the Constitution actually grants them. Does Hillary Clinton, when she claims that women have “a basic right to abortion,” have the same thing in mind as Thomas Jefferson’s natural rights? That is, is Hillary truly claiming that God has designed women via their endowment to have abortions? Surely she is not saying this.

Hillary suggests that abortion is a Constitutional right, and that the unborn do not have a constitutional right to life. Ironically, this doesn’t carry much weight since according to the left, there is no essential meaning to the words contained in the Constitution. This is why liberals believe that the Constitution is a “living breathing document.” If there is no objective meaning to the words in the Constitution, then there are no objective rights to which one can refer. This is why the goal is the exercise of power through judicial interpretation.  Rights, in this case, turn out to be that which those on the left are trying to force others to accept.

Another word left undefined in this debate is “abortion.” When one consults abortion websites for a definition, providers do not describe to what the word refers or what is being aborted. The Planned Parenthood website states that abortion physicians “gently empty the uterus,” or use a curette for the removal of the “tissue.” There is no mention of what the uterus is being emptied of or what type of tissue is being removed during the abortion. The language is used to define what is happening to the uterus, not to that with which the woman is pregnant.

Many on the left leave the word pregnancy undefined. Do women have a pregnancy, or are they pregnant? Rather than referring to the fetus or child, many clinics’ language implies that women are pregnant with pregnancy. Most often the slogan “my body, my choice” is uttered in part of a larger claim that the fetus is part of the woman’s body. This, however, leads to obvious absurdities. For example, if the fetus is part of a woman’s body, then she has four arms, four legs, two brains, and, if she is pregnant with a boy, she also has a penis.

Marriage is another social subject that the left has benefitted from nominal or non-existent definitions As with abortion rights, the left leaves the word right up to the imagination or changes it to suit its needs. When same-sex couples claim that they have a right to get married, do they mean that they have been endowed by God with this as their design? If so, then they need to observe what it means to have a natural right to this union.  Natural rights entail Natural Law.

Of course, the above all centers around an essential definition of the word “rights” that is grounded in natural law as the Founding Fathers suggested.

Pro-transgender rights advocates comprise the most obvious case of the denial of essences. In order to assert that one is a female because he identifies as one is clearly not the same thing as saying that one was designed to be woman because she has the female genetic makeup. Advocates define the language of gender, not to label an existing object in a class of objects, but to define it by how they use the word. Loose language leads to absurd conclusions. If one is male or female in definition but not by nature, then one may also be white, black, or Asian by definition and not by nature.

It is far too easy to infringe on the rights of others by demanding one has the right to say or do something. By demanding clarity, we will not be caught in the trap of trying to create reality with language. Instead, we merely have to recognize and live according to it.

Source: How Liberals Abuse Language by Shannon Holzer, The Imaginative Conservative,  which you can read in full at this link.