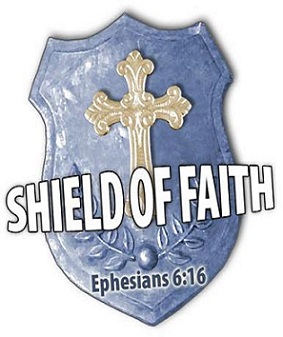 The secular god is not tolerance and inclusivity – it is the overthrow of the Christianity.

One of the most surprising developments of the last 50 years has been the dramatic shift away from Judeo-Christian moral values that provided the foundation of Western civilization. Older generations wonder why this is happening and where it will lead – younger people seem oblivious to the concern.

In recent decades, America—while claiming “In God We Trust” on its coinage—outlawed the posting of the Ten Commandments in public places. The Western media has become increasingly hostile to Judeo-Christian values. Public schools demand value-neutrality. Religious leaders are increasingly prone to ambiguity and compromise in vital areas of doctrine and morals. The result has been a surge in divorce, cohabitation, sexual promiscuity, perversion, teen pregnancy, abortions, child abuse, drug abuse, rape, cheating, shoplifting, embezzling, bankruptcy, incivility, and violent crime—the very things God prophesied would happen to nations that forsake His laws (see Hosea 4:1–3; Malachi 2; 2 Timothy 3:1–9).   Like Germany, France, Great Britain, Canada and Australia before us, the U.S. has finally entered the post Christian age rejecting the ideals that lifted the West above ancient paganism.

Scripture reveals that misguided leaders will call “evil good, and good evil” (Isaiah 5:20). Today liberals assert that homosexuality and adolescent sexual activity are normal, and that traditional marriage is oppressive and confining. God warned that our society would become like Sodom and Gomorrah—sick from head to toe (Isaiah 1:2–10). Modern entertainment is so saturated with sex, violence and anarchy that normal relationships, respect for law and order and the value of human life are disappearing—especially in the young.

With secular culture no longer upholding sustainable values, Christianity not only serves as the only salvation for sinners but also as the only way to bring stability to Western culture. But then again, considering how deep secularism has seeped into our lives, would that even be possible? The majority of so-called Christian churches have turned to the dark side – supporting abortion, same-sex marriage, transgenderism, pedophilia and all that is unholy in the sight of God.

Melanie Phillips in her book The World turned Upside Down: The Global Battle Over God, Truth & Power, writes that what is happening throughout the Western world is nothing more than a deliberate and carefully planned attack on anything normal. Everything must be tolerated and whether the subject is the creation/evolution debate, anthropogenic global warming, homosexuality or Israel and the Palestinians, there is to be no dissent from positions that are “indisputably true and right.” Facts are ignored or denied on the grounds that those who argue against their agenda are “unenlightened, deranged or even evil.” Power has now hijacked truth, and made it subservient to its own ends. Politically correct dogma is sustained by the abuse of authority and intimidation of dissent.

But did not God warn us of this? “…that in the last days perilous times shall come. “…men shall be lovers of their own selves, covetous, boasters, proud, blasphemers, disobedient to parents, unthankful, unholy, without natural affection, trucebreakers, false accusers, without self-control, brutal, despisers of those that are good, traitors, heady, high-minded, lovers of pleasures more than lovers of God; having a form of godliness, but denying the power thereof; from such turn away. For of this sort are they which creep into houses and lead captive silly women laden with sins, led away with divers lusts, ever learning and never able to come to the knowledge of the truth.” 2 Timothy 3:1-7.

Unfortunately the majority of so-called Christians are no longer interested in Bible prophecy and choose to ignore the truth which will lead to the triumph of deception in the not too distant future. As God revealed to us in 2 Thessalonian 2: 7-12: “the mystery of iniquity doth already work;” and soon shall that “Lawless One be revealed…. Even him whose coming is after the working of Satan with all power and signs and lying wonders, And with all deceivableness of unrighteousness in them that perish; because they received not the love of the truth, that they might be saved. And for this cause, God shall send them strong delusion that they should believe a lie: that they all might be damned who believed not the truth but had pleasure in unrighteousness.”

No one knows the exact date and time when Christ will return but we do know the season. God commands that we be prepared for this time by putting on the full gospel armor as a spiritual defense against that wicked one. Ephesians 6: 10-17

“Morality has been privatized, so that everyone has become his or her own moral authority, while the laws rooted in Judeo-Christian tradition come under attack.” Melanie Phillips

Sources: Moral Decline Ahead by Douglas S. Winnail; The World turned Upside Down: The Global Battle Over God, Truth & Power, by Melanie Phillips