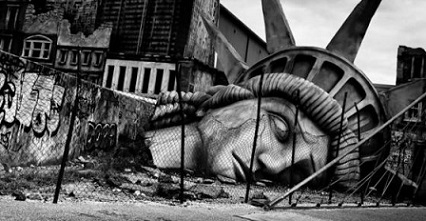 President Trump’s economic policies have helped expand the economy. Combined with a strong labor market and record highs in the stock market, the Standard & Poor’s 500 index is up 15% year to date. His pro-life stances have been encouraging. His choices for judges are significantly improving the makeup of the judicial system. In 2017 his candidate, conservative judge Neil Gorsuch, was appointed to the Supreme Court. He has helped created more than a million jobs by undoing Obama’s regulations. He ended the war on coal putting miners back to work. Mortgage applications for new homes are at a 7 year high. The unemployment rate is at a 16 year low. The accomplishments in these areas should be applauded.

These efforts are essential and must be pursued with all vigor. But while we celebrate the many good things that have been accomplished, we must realize there are things that this President, or any president for that matter, cannot solve. And those are the issues tearing the nation apart – Issues that only society can solve.

Perhaps the best way to describe the situation is to say that there is a generalized moral rottenness that permeates part of society, a rottenness that corrodes every type of relationship it touches. Everyone senses it. It wounds and lacerates the hearts of many who see this moral rot throughout society, in their churches, their children, marriages, and the general tone of life. We’ve seen this moral degeneration slowly creep into our lives since the sixties. Our youth, who once provided the very future of our Republic, have now become agents of our destruction.

Not to be overdramatic because there are still some structures in place, especially economic ones, that survive; however, even these remnants are ticking time bombs corroded by debt, fevered speculation, overregulation and bad economic policy. In many other fields, the deterioration phase is ending, and the collapse phase has begun. Things are falling down, fragmenting and coming apart—and there is little that President Trump can do about it.

This moral rottenness is mainly found in the social sphere, amply documented by many sociologists who study the collapse of society. People’s lives are shattered by an unbridled culture of intemperance in which people want everything, instantly and effortlessly. Thus, individuals, who should integrate themselves into society, seek only their gratification. When their individual lives collapse, they are like drug addicts who turn against their best interests and those of society. They become agents of their own destruction, and ours.

As a result, things are beginning to collapsing around us. There is an epidemic of loneliness affecting tens of millions. One-fifth of the adult population suffers from some form of mental illness. Some 45,000 Americans choose to end their lives each year.   A similar thing happens with the intense sexual instinct God gave the human race to form the families that should make up an ordered society. These constructive impulses have become destructive in the form of an alphabet of “genders” that are exploding notions of reality, identity, law, and community. The family, which should be the basic building block of society, is likewise unraveling and turning against itself. It is often a place of abuse, violence, divorce, and abortion.

So it is with many institutions, manners, and relationships that once were part of liberal society. The extent of the corruption is coming to light in the Weinsteinization of all things rotten in business, government, academia, and Hollywood. Social institutions are hollowed out and cannot bring about the needed changes. Liberal courts and secularist ideologies do everything possible to deny government any morality-building role it could have.

The crisis extends to rotten elements in the Church and religious communities that usually would serve as crucial ordering agents in times of crisis. This putrefaction has also entered the political process and thrown it into convulsions. It affects all political currents, in differing degrees. Politics, which should be directed toward the organizing of society for the common good, has turned upon itself within a polarized climate where all is sensational, shallow, and fake. The post-war political order is in a meltdown.

And thus, it is unfair to hold President Trump accountable for the things he cannot solve. They involve lengthy processes of moral rottenness that have now reached a point of collapse. His action might retard or mitigate the fragmentation, but nothing can be reconstructed from rot. A society in a state of moral rot cannot be rebuilt, reversed or restored with the external means of money, jobs, government programs or executive orders. Even renewed economic growth will not long endure in this climate of rot and acrimony.

The only way to fight moral rottenness is with moral regeneration. Moral regenerations involve organic internal processes whereby people realize the need to reform their lives in accordance with moral law and principles. Unfortunately, there is so little to work with today – Even within the church.  Likewise, a culture of unrestraint keeps people from thinking of the present crisis correctly. The idea of sin, repentance and conversion is foreign to this frenzied society. Few in leadership positions, whether it is government, academia, or industry, speak in terms of calling upon God’s mercy.

However, some factors favor regeneration. There are still many Americans scattered through the nation who see the present crisis and are saddened, who grieve for the sins of this nation; that pray and work toward a restoration of the moral law, those who desire an explicit return to God without whom nothing might be done.  The continued actions of these individuals are crucial because they attract blessings upon the land. Moral regenerations rely upon the work of God’s grace upon souls. Grace multiplies the capacity and efficacy of any action, no matter how small, and makes regeneration possible. Those who fight for America in this manner can also confide in the fact that God will not despise humble and contrite hearts.

What usually sparks moral regenerations is some kind of reckoning in times of collapse and ruin. Like it or not, America will face a moral reckoning to set things right. Everyone senses the need for it to happen. It will be a crisis that will unify the nation, galvanizing it to see things in a different light.

← Second Coming of Christ
Crushing the Truth with Social Trends →