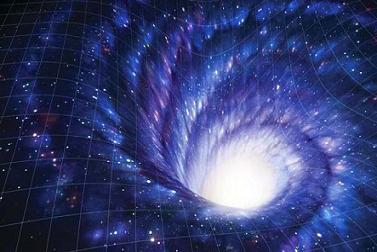 Russell Kirk, an American political theorist, moralist and historian, author of some 32 books and hundreds of essays and short stories, wrote in the Politics of Prudence, that Conservatism was neither a religion nor an ideology and possessed no Holy writ and no Das Kapital to provide dogmata.

Conservatism is the negation of ideology, a state of mind, a type of character, a way of looking at the civil social order. In essence, a conservative is a champion of custom, convention and continuity, one who finds the permanent things more pleasing than chaos, preferring the devil they know to the devil they don’t know. Order, justice and freedom, wrote Kirk, are the artificial products of a long social experience, the result of centuries of trial and reflection and sacrifice. “Thus the body social is a kind of spiritual corporation, comparable to the church; a community of souls….”

As a people we have lost a vital link with that unwritten constitution, with the customs, manners, conventions, virtues and traditions that served as the foundation for our Constitution. We have severed ourselves from our Christian roots, the natural institutions of family and community and the common law tradition that normally and naturally serve to temper and limit government. And, it is that void that has made a more powerful intrusive government possible.

Christianity was and is the bedrock of our Republic. It is that foundation that holds us in place and protects us from ourselves. For Kirk, shared moral values limited political power, not in spite of their “permanent,” non-material nature, but because of it. “Practical government is possible only because most people…accept the existence of some moral order, by which they govern their conduct, the order of the soul.” Even the greatest laws and institutions are not enough; a true “order” requires acceptance of common moral values to limit men’s desires and constrain the power of the majority.

The American tradition of commonality and moral restraint creates bonds, rather than “extreme individualism and isolation.” Tradition of commonality creates a society united around common institutions and principles in which all have a place, rooted in family, church and community.   When people cease to be aware of membership in an order, Kirk writes, the consequences of such alienation will be baneful, for such “rootless individuals grow angry and destructive.”

There can be no morality without religion, and there can be neither order nor limited government without shared morality.

Material emphases on economic and social equality produces envy which is conducive to forging despotism in which people’s desire for economic equality leads them to embrace a government that does not break men’s will, but softens, bends, guides, and stultifies so much that the citizenry is no more than a flock of timid “hardworking animals with the government as their shepherd.”

Man being imperfect, no perfect social order can ever be created. To seek for utopia is to end in disaster for we are not made for perfect things, according to Kirk. All that we can reasonably expect is a tolerably ordered, just and free society, in which some evils, maladjustments, and suffering will continue to lurk.

Politically speaking, power is the ability to do as one likes, regardless of the will of the people. A nation in which an individual or small group of people are able to dominate the will of majority  without check is a despotism, whether it is called monarchical or aristocratic or democratic.   When every person claims to be a power unto himself, society falls into anarchy. To anarchy there succeeds tyranny or oligarchy, in which power is monopolized by a very few.  After all, it is characteristic of the radical that he thinks of power as a force for good, so long as that power falls into his hands.

Human nature being what it is, a mixture of good and evil, it is not wise to trust in mere benevolence. Constitutional restrictions, political checks and balances, adequate enforcement of the laws, and the old intricate web of restraints upon will and appetite, are the instruments of freedom and order. A just government maintains a healthy tension between the claims of authority and the claims of liberty.