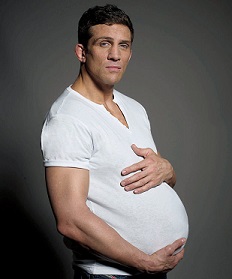 A couple of years ago I ran across an article about a “man who had a baby” which everyone knows is biologically impossible. Turns out this “so-called man” was actually a woman confused about her gender.

According to “Rafi,” when living as an androgynous looking “lesbian” who secretly preferred men, she ran across a friend who was jealous that as a female she could give birth to a child. And it was then that she became aware that the desire to give birth to a child was not inherently gendered.  “After that, there was no going back, I could want to give birth and still be a man.”

What a sad event, not only for this very delusional woman but for her child, especially when she becomes old enough to question why her “father” is listed on her birth certificate as her “mother.” Of course in today’s confused world, her mother may well be listed as both parents.

According to many ‘earth-bound’ psychiatrists and therapists, trans-sexual patients are delusional people who need to escape from intolerable psychological reality into a more comfortable delusion to avoid internal conflict.  But those who choose to have a sex-change operation, hoping to eliminate the conflict in their mind, find that they are not only left with a mutilated body but their internal conflicts are still intact.

A 2009 study by the Department of Psychiatry, Case Western Reserve University, in Ohio, found 90% of trans-genders have at least one other significant form of psychosis.   A 2013 study at the Stockholm Brain Institute, at the Department of Clinical Neuroscience at Karolinska Institute in Stockholm showed that 90% of trans-genders had mental disorders consisting of depression and anxiety, both known causes of suicide. Another Dutch study related that 79% of trans-gender patients had psychiatric illnesses such as personality, mood, dissociative and psychotic disorder.

Everywhere we see the constant politically correct rhetoric about gender change success while hiding the fact that over 40% of these patients commit suicide.  No one talks about the long range damage of gender reassignment surgery and hormone treatments, or the damage done by ignoring the mental illness behind the rhetoric, as is evidenced by the suicide rate. With more teens identifying as transgender, and attempted-suicide rates for this group between 30 and 51 percent, this has become a national epidemic. The time for political correctness has passed.

It is impossible to treat these delusions with gender reassignment surgery or by reinforcing the delusion that you can become whatever sex you think you are.  DNA tests don’t lie! According to Dr. Stanley Biber, a world renowned sex change surgeon, the only thing that changes is the patient’s medical records, birth records and perception that a change took place. Reassignment surgery is cosmetic. No amount of surgery or hormone injections can or ever will change the birth DNA.

Unfortunately we are living in dangerous times in which all manner of deception and lies are embraced by a fringe minority and then forced upon society by leftist politicians, special interest groups and the drive-by media.   This growing acceptance of “transgenderism” is not only pure folly but dangerous.

The homosexual/transgender movement is working hard to indoctrinate our children on “transgenderism” and cross-dressing as not only normal but just another way of becoming “who you really are.” Using so-called “queer theory” constructs that contradict reality, these radical activists manipulate the psychology of vulnerable children.  In 2017 the American College of Pediatricians  released a statement on gender ideology and its harmful effects on children, urging educators and legislators to reject calls to incorporate gender ideology into the school curricula. “Facts, not ideology, determine reality,” the statement read.

Puberty is not a disease and puberty-blocking hormones can be dangerous. Children who use puberty blockers to impersonate the opposite sex will require cross-sex hormones in late adolescence. In addition, cross-sex hormones are associated with dangerous health risks, including but not limited to high blood pressure, blood clots, stroke and cancer. Suicide rates are 20 times higher among adults who used cross-sex hormones and undergo sex reassignment surgery.

According to the statement, about 98% of “gender confused” boys and 88% of “gender confused” girls eventually accept their biological sex after passing through puberty. Conditioning children into believing that a lifetime of chemical and surgical impersonation of the opposite sex is normal and healthful is child abuse.

The ‘self-evident’ purpose of male and female is “reproduction and the flourishing of our species.”  Those who identify as either a member of the opposite sex  or “somewhere in the middle,” or both, are not actually a “third sex.”  The are all either ‘biological men or biological women,’ plain and simple.

← Turning Away From God
Saul Alinsky Does the Supreme Court →