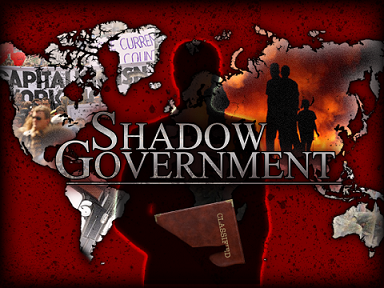 “Millionaires are the bees that make the honey.”  Andrew Carnegie

The names of most of the men who tried to unite the world are well known – There was Nimrod and Nebuchadnezzar of the Bible,  Genghis Khan, Alexander the Great, Julius Caesar, Napoleon, Hitler, Lenin, Stalin, Chairman Mao, etc.  But few are aware of the wealthy who have in the recent past, and who continue to this day, to spend their fortunes to achieve their version of utopia.

Carnegie believed in monopoly capitalism which would allow those of great wealth to use government to exploit others – a theory still held today by wealthy socialist.  He felt that while it was the obligation of the wealthy to improve society, allowing government to redistribute wealth was a waste.  Government redistribution provided no incentive for man to better himself. He believed the wealthy were in a better position to be the judge of what would improve life on this earth by nudging man through specific charities or causes to better their life.

In 1877 Cecil John Rhodes laid out his plan to unite the world under Anglo-Saxon rule, a cause to which he dedicated his life, even leaving his vast fortune to the Rhodes Scholarship Fund.  During the past century over 4,600 young men have been sent to Oxford to be indoctrinated in socialism and world government, including Bill Clinton, General Wesley Clark, Senator Bill Bradley, etc.  They went to work in various world governments, in international banks, in big businesses, in tax-exempt foundations, in the Supreme Court, in the media, in our universities, at the United Nations and the Council on Foreign Relations.

The British Rothschilds were by far the richest family in the world by the middle of the 19th century, using their power and vast fortune to form five international banking houses  through which they bankrolled the Chinese opium trade and the African slave trade.  Not many people know this but they even financed the Louisiana purchase, the Prussian and Crimean Wars, the British attempt to seize the Suez Canal from the French and both the British government and Napoleon at the same time.  With their vast wealth they forced the British government to set up the Bank of England which Nathan Mayer Rothschild controlled, prompting him to say that “I care not what puppet is placed on the throne of England to rule the Empire. . .The man who controls Britain’s money supply controls the Empire and I control the money supply.”

In 1891 a British Labour Leader said of the Rothschild Empire: “This blood-sucking crew has been the cause of untold mischief and misery in Europe during the present century, and has piled up its prodigious wealth chiefly through fomenting wars between States which ought never to have quarrelled.  Whenever there is trouble in Europe, wherever rumours of war circulate and men’s minds are distraught with fear of change and calamity you may be sure that a hook-nosed Rothschild is at his games somewhere near the region of the disturbance.”

By the end of the 1890’s, J.P. Morgan, and John D. Rockefeller had become the giants of an increasingly powerful Money Trust controlling American industry and government policies, backed  by the Rothschilds.  Some 60 families – the Rockefellers, Morgan, Dodge, Mellon, Pratt, Harkness, Whitney, Duke, Harriman, Carnegie, Vanderbilt, DuPont, Guggenheim, Astor, Lehman, Warburg, Taft, Huntington, Baruch and Rosenwald pooled their power to  formed a network of plutocratic wealth that manipulated, bribed, and bullied its way to control the destiny of the U.S., according to F. Engdahl in his book Gods of Money: Wall Street and the Death of the American Century.

“The powers of financial capitalism had a far-reaching plan, nothing less than to create a world system of financial control in private hands able to dominate the political system of each country and the economy of the world as a whole… Their secret is that they have annexed from governments, monarchies, and republics the power to create the world’s money…” — Prof. Carroll Quigley renowned, late Georgetown macro-historian, author of Tragedy and Hope.

Andrew Gavin Marshall, ‘The Global Economic Crisis: The Great Depression of the XXI Century’ writes that there is a ruling class, a “Superclass”, that agrees on establishing a world government.  The goal of these wealthy elite is not to lose their wealth and power, but extinguish the idea of a middle class and institute  a lower, uneducated, labor-oriented class, through which they will secure ultimate wealth and power.  The current economic crises, while eliminating the middle class will also serve as a massive reduction in population levels of the poverty-stricken people in underdeveloped or third world countries as pushed by the world’s elite.

Look around you – I think they have reached their goal!

“The very word secrecy is repugnant, in a free and open society, and we are as a people, inherently and historically, opposed to secret societies, secret oaths, and to secret proceedings. But we are opposed around the world, by a monolithic and ruthless conspiracy, that relies primarily on cover means for expanding it’s fear of influence, on infiltration, instead of invasion. On subversion, instead of elections. On intimidation, instead of free choice. It is a system that has conscripted, vast human and material resources, into the building of a tightly knit, highly efficient machine, that combines military, diplomatic, intelligence, economic, scientific and political operations. It’s preparations are concealed, not published. It’s mistakes are buried, not headlined. It’s dissenters silenced, not praised. No expenditure is questioned. No secret is reveled. That is why the Athenian law-maker solo declared it a crime to any citizen to shrink from controversy. I am asking for your help in the tremendous task of informing and alerting the American people. Confident with your help man will be what he was born to be, free and independent.”  President John F Kennedy – Speech prior to his death.