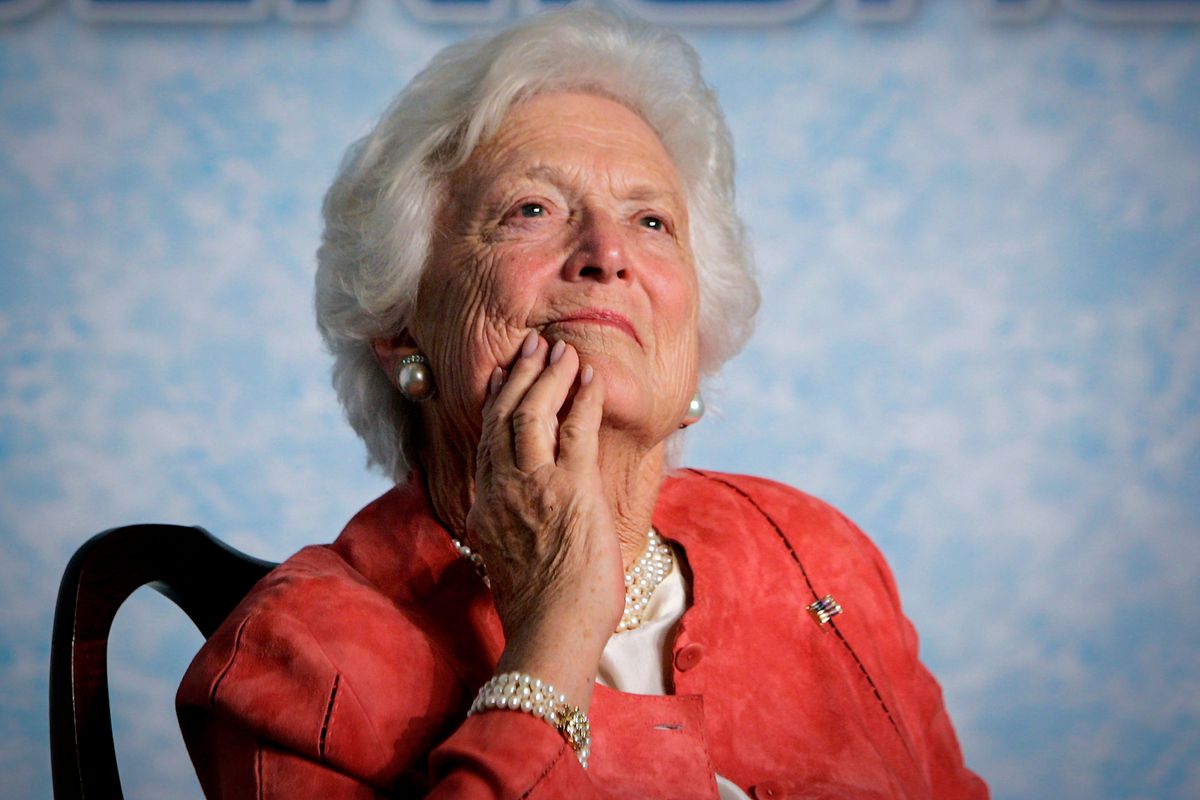 When Barbara Bush died, a Muslim university professor at Fresno State University Randa Jarrar, tweeted: “I’m happy the witch is dead and I can’t wait for the rest of her family to fall to their demise.” She boasted that she could not be fired because she has tenure and makes $100,000 per year. She is typical of progressive haters who can’t defend their loony, leftist positions so they attack innocent people to give themselves “fifteen minutes of fame.”

Norman Rockwell was the epitome of wholesomeness and painted America that way yet he was hated for picturing America in a wholesome light. Blake Gopnik was art critic for the Washington Post and is now a contributor to Newsweek and the Daily Beast. He was “offended” by and even said he “hated” Rockwell’s art.

But he did like David Wojnarowicz’s film that featured a crucifix with ants crawling on the body of Christ. His “art” “featured male sex organs, naked brothers kissing, men in chains, and other offensive stuff the Washington Post’s chief art critic defended.” (David Kuipelian, Whistleblower, March 2016.)

Looney leftists and fake feminists took to twitter to express the fact that they were “not sad” about a 2-year-old boy being killed by an alligator at a Disney resort in Florida because he was white!

Their hatred and lack of control was seen in their reaction to Sarah Palin. “Join us in praying to God that Sarah Palin contracts cancer and dies.” Another declared, “I think this woman should be assassinated.” Another said, “I hope Sarah Palin dies a slow and painful death.” Still another opined, “I hope she dies gnashing her teeth.” Someone else suggested, “Somebody bloody shoot her.” Martin Bashir, MSNBC host, said on air that justice would be well served if someone would “defecate in Sarah Palin’s mouth.” No culture, civility, and common sense from the left.

A licensed therapist in Berkeley wrote: “Leftists loathe Palin because she has retained something that was stripped from them years ago: a wholesomeness, a purity of heart. People on the left despise Palin because she shines a bright light on their shame and unworthiness, which they try desperately to deny.” Wow, right on target.

Environmentalists want prison for global-warming deniers,” now called “climate-change deniers.” One professor called for the death penalty for them! Robert F. Kennedy Jr. declared, “I wish there were a law you could punish [deniers].” Al Gore says, “we need to put a price on denial in politics.” Gore, out of his mind, wants to spend $90 trillion to ban cars from every major city in the world! But that is more money than the entire world earns in a year! Gore is pathetic.

Celebrity chef Anthony Bourdain, who hosts a travel show on CNN, said in an interview with TMZ that he would poison President Donald Trump’s food if he were given the chance. Did the FBI check out his statement? If not, why not?

Kathy Griffin is supposed to be a “comedian” and held up a photo of what appeared to be the decapitated bloody head of President Trump. I wonder how the left would respond if a conservative had done that with the “head” of President Obama! Just wondering. CNN did fire her but she has already been “rehabilitated” and is doing a sold-out world tour titled “Laugh your head off.” So, rather than the infamous, disgusting photo costing her, she is using it to great financial advantage.

During a televised fundraiser for abortion “comedian” Sarah Silverman announced that a conscience clause law that is an attempt to prevent aborted babies from being used in manufactured food products would be something that would make her want to eat an aborted fetus!

Another “comedian” said, “I wanna live in a world with real equality. I want to live in a world where an equal amount of white kids are shot every month,” he said. “I wanna see white mothers on TV, crying, standing next to Al Sharpton, talkin about, ‘We need justice for Chad.’”

A left-wing “journalist” said that he would like for college professors to drown their conservative students, “water-board them to death.” He tweeted, “I’m not joking.”

“That’s for 400 years of slavery, you bitch,” said disgraced Vanderbilt University football player Corey Batey to the unconscious white student victim of a notorious gang rape he participated in with three other teammates, one of whom was white. Batey delivered that message while urinating on the victim.” The four dummies even made a video and sent it to friends. He said that he should be given a second chance and “My whole life, I feel like I’ve always been a caring individual to look out for the helpless or the less fortunate… That just wasn’t my heart. That just wasn’t me.” But it was him. And his victim doesn’t have a second chance at living a normal life. He was sentenced to fifteen years in prison. I would have strapped him in “old sparky.”

Only a fool still wonders why we have such a violent, vicious, vile, and venomous society. It was planned and executed by the loonies on the left.

← Not All Conspiracies Are Theories
The Screw Walmart Act →