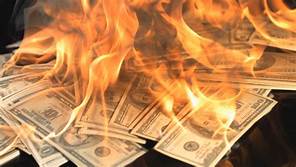 Illegal immigration makes the rich richer and the poor poorer.

Estimating the size and characteristics of the illegal population is an inexact science because there is no central database of immigrants in this country illegally and the Department of Homeland Security only counts those who enter and leave in a lawful manner. Those who evade immigration authorities or sneak across the border are never counted.

The Federation for American Immigration Reform (FAIR) estimates that there were 12.5 million illegals in this country during 2017.  That number included around 11.2 million adults, approximately 350,000 TPS beneficiaries (mostly Central Americans) and roughly 800,000 DACA recipients,  as well as illegal aliens with other forms of temporary relief from removal.

More than half of the nation’s immigrants, legal and illegal, receive some kind of government welfare, a figure that’s far higher than the native-born population, according to the Center for Immigration Studies report released in 2015.  Almost 51% of households received at least one kind of welfare benefit, including Medicaid, food stamps, school lunches and housing assistance, compared to 30% for native-led households.   Those numbers increase for households with children, with 76% of immigrant-led households receiving welfare, compared to 52% for the native-born.   In addition, immigrant households, legal and illegal, receive an average of $6,241 in welfare which is 41% more than legal citizens on welfare receive.

The Migration Policy Institute reports that 32% of illegal immigrants live in poverty, 49% lack English skills, and 61% lack the equivalent of a high school diploma.  This means the vast majority are in direct competition for jobs and income with the 28 million legal adults in the low-skill labor work force.

Harvard Professor George Borjas found that the wage trend over the past 50 years suggest that a 10% increase in the number of workers with  a particular skill set lowers the average wage of the entire group by 2.5%.  By his calculations, immigrants without a high-school diploma have increased the low-skilled workforce by 25% in the past two decades causing average earnings for high school dropouts to drop between $800 and $1500 a year.

The pool of cheap labor created by illegal immigration saves employers money, but it makes it harder for low skill American workers to get jobs.   And, lacking jobs and opportunities, many get stuck in a cycle of poverty, welfare dependency and family breakdown.   Raising the minimum wage, as the far left demands,  bars even more low-skill Americans from the workforce.

In addition to being forced out of the labor market, the rates of illegal immigration reduce the wages of American workers by $118 billion a year, while generating $128 billion for employers.

The poorest 20% of Americans live in households that make less than $32,400 per year forcing them to depend heavily on government welfare, receiving on average about $12,000 a year in means tested benefits.

Roughly 41% in the bottom 20% are unemployed,  22%  lack a high-school diploma, and 77% lack a college degree.  Householders in this quintile are also disproportionately single, with 42% of households headed by a  woman and 11% headed by a man.  Blacks and Hispanics make up 45% in the bottom quintile, even though these two ethnic groups only make up 28% of the general population.

At the federal, state, and local levels, taxpayers shell out approximately $134.9 billion to cover the costs incurred by the presence of more than 12.5 million illegal aliens, and about 4.2 million citizen children of illegal aliens.  After deducting the $19 billion collected in taxes from illegals, that amounts to a tax burden of around $8,075 per illegal alien family member for a total cost to taxpayers  of $116 billion.  And of course that doesn’t include all the money paid to illegals by the IRS for child tax credits and earned income tax credits.

Illegal immigrants are beginning to comprise a black market class of workers in our society, jeopardizing the financial health of companies which play by the rules, while themselves vulnerable to the exploitation by those willing to take advantage of their illegal status.  Spencer Bachus

← Back When People Were Polite
Lesbian Kiss Inflames Viewers →