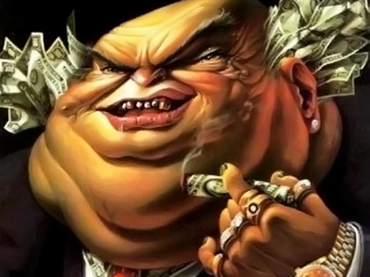 “There is nothing which I dread so much as a division of the republic into two great parties, each arranged under its leader, and concerting measures in opposition to each other.” John Adams

Our two-party system is not enshrined in the Constitution. In truth, the Founding Fathers viewed the creation of political parties with distain, rightfully believing that they would be bad for a Republic self-government because people could become more loyal to the party than the country and more concerned for the party’s power than the good of the nation.

George Washington, in his farewell address, warned us that a political party “serves always to distract the Public Councils…..agitates the Community with ill-founded jealousies and false alarms; kindles the animosity of one part against another, foments occasionally riot and insurrection.  It opens the door to foreign influence and corruption, which find a facilitated access to the government itself through the channels of party passions. Thus the policy and the will of one country are subjected to the policy and will of another…”

Yet, despite all the warning, political parties reared their ugly heads.

In a letter to John Wise, Thomas Jefferson wrote:  “Two political sects have arisen within the U. S. The one believing that the executive is the branch of our government which the most needs support; the other that like the analogous branch in the English Government, it is already too strong for the republican parts of the Constitution; and therefore in equivocal cases they incline to the legislative powers…”

The Federalist’s  party was composed mainly of the elite class with more conservative views.  They were committed to a fiscally sound and nationalistic government, favored a National Bank, Tariffs,  implied powers, and good relations with Britain.  Jefferson, along with James Madison, Patrick Henry, John Adams, Alexander Hamilton, etc. favored the Republican party  committed to the rights of states, the primacy of yeoman farmers, and the principles of republicanism, liberty and inalienable rights. They opposed the Jay Treaty, wanted good relations with France, not Britain, opposed the idea of a National Bank, implied powers and were predominately anti-administration.

It is fair to say that the Republican Party outlasted the Federalist Party, which had been seen by the people as too elitist. Jefferson’s party came to be the foundation for both the modern Republican and Democratic parties, although the current forms are vastly different from the early sect.

Today, more and more Americans are expressing  their dislike of both parties, while others are questioning the actual existence of any distinction between the two parties.

An article in the Economist, Pandering and Other Sins,  called America’s two party system “a creaking monstrosity,”  that had helped bring politics to a grinding halt. According to the 2014 article, we urgently need a nationally competitive third party, if not a fourth or fifth, to crack up its frozen ideological landscape and shift incentives away from the politics of total resistance towards deal-making and compromise.

Francis Fukuyama, in an essay for Foreign Affairs,  America In Decay, the Source of Political Dysfunction, wrote that the two-party system isn’t the only reason government has become paralyzed. He lists it as only one aspect of political decay, along with an overactive legal system that could be called “rule by litigation,” government bureaucracies that are ineffective, and increased corporate and special interest control over legislation and regulation, etc. According to Fukuyama “the decay will probably continue until some external shock comes along to catalyze a true reform coalition and galvanize it into action.”

I can’t fathom what kind of  ‘external shock’ would be required for reform, nor am I sure that having additional political parties would solve our problems.  Is it not more reasonable to assume that the problems lie, not in the parties themselves, but in the politicians we keep electing?  After all, if you slam the door on your finger do you blame the door when you were too stupid to move the finger?

The big question is how do you go about reforming a system where the corrupt are the creators of the laws that allow the corruption?   How do you stop politicians from lying and scheming to line their pockets on insider trading, initial stock offerings, pay-for-play campaign contributions, or trading favors for future lucrative jobs. How do we prevent special interest lobbyists from buying political support? How do you shut down political agendas that go against everything American stands for?

Of course not every member of Congress or every government official engages in these practices.  But the simple fact that Congress does nothing to stop these practices proves that enough members want them to continue more than they want the public to believe they have been stopped.

The hardest question to answer is why won’t Americans stand up for their country? Why do we allow ourselves to be taken to the slaughter without so much of a whimper?  Dave Hodges at the D.C. Clothesline thinks he has the answer. It lies in the psychological concept known as Learned Helplessness which occurs when an animal is repeatedly subjected to an aversive stimulus that it cannot escape. Eventually, the animal stops trying to avoid the stimulus and behaves as if it is utterly helpless to change the situation, even when presented with a means of escape. Is he right or is it just another excuse to raise the white flag?

“Absolute power corrupts absolutely, and in a world where the gap between the powerful and powerless grows wider each day, corruption in political and economic institutions spreads much faster than shame.” Michelle Chen