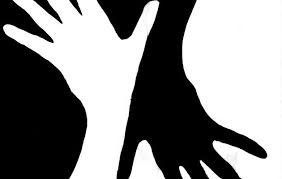 Why do we still believe in race? Those that believe race is a biological reality argue that we still believe in it because, well, it’s a biological reality. Those who view race as a social construction, argue that science has disproved the reality of race, and only prejudice gives it validity.   Ironically, the more we find out about human biology, the less certain scientists appear to be about the meaning of race.

It is a fact that all humans are almost genetically identical and almost all of the variations that exist lie within population, not between races.  Results from a study by geneticist Noah Rosenberg shows that differences among individuals account for a staggering 90-95 percent of all genetic variations, while racial differences account for just 3-5 percent. At first sight, such studies seem to demolish the biological idea of racial differences but, tiny genetic differences can have a huge impact. Humans and chimpanzees share about 99.4% of their functional genes but are clearly different species. From a genetic point of view, poodles and greyhounds are almost identical, yet they are physically and behaviorally distinct. So the fact that race accounts for only around 4% of genetic variation among humans does not necessarily mean that race has no biological validity. That 4% could, theoretically, make all the difference in the world.

The debate about race is not a debate about whether differences exist between human populations – they do – but about the significance of those differences. During the 19th century races were seen as fixed groups, almost akin to distinct species, each with special behavior and physical characteristics. Today, with a few exceptions, race realist reject the idea that there are essential differences between human populations or that differences signify inferiority or superiority.

One attempt to overcome the problem of any population being potentially a race is to link race to one’s continent of origin. But, according to Neil Risch, the greatest genetic differentiation is not between Continental groups but between Africans and non-Africans. Caucasians, East Asians, Australians and native Americans are significantly closer to each other genetically than any of these groups are to sub-Saharan Africans.  If we defined races simply according to the greatest degree of genetic differences, we could conclude that there are just two races – Africans and non-Africans. Yet, at the same time, there is considerable genetic differentiation with Continental groups.

Take for instance, the study of sickle-cell anemia. We all know that it is a black disease, except that it isn’t. Sickle cell is a disease of populations that originate from areas with a high incidence of malaria and West Africa is one of those areas.  Descendants from West African slaves suffer disproportionately from the trait but South Africans do not. In fact, the majority of Africans don’t suffer from sickle-cell, but many non-Africans, including southern Europeans and Indians do.

As a result of these problems in defining a race, some race realists have bitten the bullet and accepted that race is effectively genealogy.  Roughly defined, the philosopher Max Hocutt argues that a member of race R is an individual whose forefathers were members of race R, just as an animal is a coyote if it is descended from a coyote.  In any case, even if human populations were as easy to define as animal species, we are still faced with the old problem: if any group can be a race, then the concept of race becomes meaningless. The problem for race realists today is the very opposite of that for 19th Century racial scientists. Then, racial scientists “knew” the significance of race but could find no way of truly defining differences. Today, we can define genetic differences between populations with some precision. But the significance of such differences no longer seems clear.

But then, the question still remains: if race is such a flaky concept, why do we continue to believe in it? And why is it returning as a category in both scientific research and medical practice?

Scientists will continue this debate into infinity. As a Christian I know there is only one race that matters and that is the human race. God created all the races on the 6th day and He loved them and that should be enough. The color of our skin is insignificant and it is time that we begin to treat each other with the same dignity and respect that God demands of us.

Source:  Strange Fruit: Why Both Sides Are Wrong on the Race Debate, by Kenan Malik