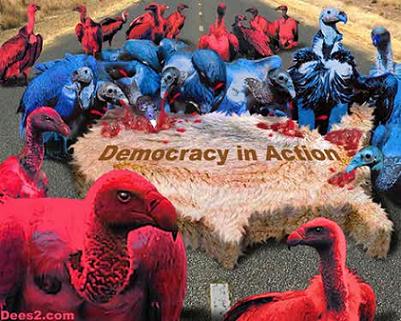 Lawrence Lessig, Harvard Law professor and a leading proponent of reduced legal restrictions on copyright, trademark and radio frequency spectrum,  served as a law clerk for two conservatives Judges,  Richard Posner and Antonia Scalia, but fell off the conservative curb after  three years at Cambridge radically changing  his values and career path.

While he says some may call him a liberal he prefers to be called a constitutionalists as he is highly skeptical of government intervention.  He admits voting  for Obama in 2008  because of “the transformative nature” of his campaign but now feels betrayed and often criticizes Obama for using the  “Hillary Clinton” playbook.

In a 2011 conference co-chaired by Tea Party Patriot’s national coordinator, Lessig called for state conventions to propose amendments to the U.S. Constitution.  He has also offered a solution to fix the corrupt system of campaign finance in his book “Republic Lost: How Money Corrupts Congress.”

According to professor Lessig, existing campaign finance reforms, particularly donor disclosure and contribution limits, have done little good to reforming the “corruption” and has legitimizing what he feels is a “gift economy.”    Lessig wrote that the current system “normalizes dependence,” and that “the integrity of the nation is collapsing under the best of intentions.”  That is where Lessig and I disagree.  While the current system may normalize dependency, I can’t accept that most of it is from politicians “best of intentions.”  Super PACS, from both sides of the isle, give secretive special inters, and by association politicians, the means and opportunity to not only influence voters, but buy elections.

Since the 2010 Supreme Court decision in Citizens United v. Federal Election Commission, made it difficult to regulate the current system which permits unlimited corporate and independent expenditures in support of candidates for federal election, Lessig’s solution is an alternative campaign finance system  that would give every voting age adult a $50 voucher from the federal government that could only be used to contribute to a qualified candidate running for a federal office.  To be eligible, the candidate would have to agree to finance their campaign entirely with vouchers and private contributions of $100 or less from individuals in the candidate’s home state.

Mr. Lessig feels that this would be attractive to candidates and would thus crowd out the existing corrupt system without need for new federal prohibitions or restrictions that most conservatives feel are a violation of free speech.  He also thinks that it would raise as much or more money than the current system does.  “A system with no restraints empowers capitalists to corrupt capitalism.  So long as wealth can be used to leverage political power, wealth will be used to leverage political power to protect itself” against free market competition.

While I agree with Mr. Lessig’s concepts I don’t think they would stop the corruption, only trim a few feeder roots.

But I must admit that the idea of politicians only being able to collect individual donations from voters within their own state, is an idea whose time has come.    Every time I see someone from another state contribute to a Virginia candidate, I assume they are buying future favors.  Unfortunately, while Lessig is trimming the feeder roots in state elections, his idea does nothing to prevent corruption in presidential elections, nor  would it stop voter fraud.  And, what is to prevent big unions from demanding that their members combine their vouchers to support a particular candidate?   Let’s face it, with so much power and money at stake, special interest and corporations have always found a way to circle around obstacles.

Personally, I feel that the only way to stop the corruption in Washington is to remove the carrot  through  term limits.  Congressional and  Presidential terms should be no more than 4 years, no exceptions.  No tenure – no pensions and not enough time in office to be corrupted.     All laws passed should apply to everyone living in this country – no exemptions.  Elected officials must buy their own health insurance from private carriers like the rest of us.  No pay raises unless they are voter approved.   No special privileges like taxpayer funded vacations.

Our founding fathers did not envision government service to become a career.  And, it’s time we did something about it!

← How Low Will They Go In Their Hate Trump Obsession?
AOC Once Again Demonstrates a Lack of Intelligence →