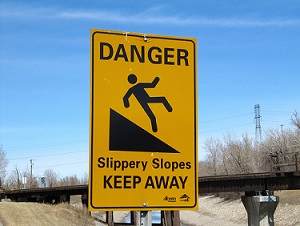 The fundamental differences between left-wing and right-wing ideologies center around the rights of individuals vs. the power of the government.

Left-wing beliefs are liberal in that they believe society is best served with an expanded role for the government. People on the right believe that the best outcome for society is achieved when individual rights and civil liberties are paramount and the role — and especially the power — of the government is minimized.

Noam Chomsky, a self-avowed libertarian socialist, and a big Bernie Sanders supporter, believes Trump only won because of “white supremacy.”  Chomsky is also a  key figure among left-wing politics and a member of the Chicago based Industrial Workers of the World Union who pushes the ideal of overthrowing the employer class.  His latest rant against the right occurred with his comment that today’s Republican Party “qualifies as a candidate for the most dangerous organization in human history – literally.”

Literally, Mr. Chomsky? For an education man, you don’t know squat about history.

The KKK founded by southern Democrats in the aftermath of the Civil war was responsible for countless attacks against newly freed slaves and continued to target black Americans for generations. In a few southern states the Republic Party actually created a militia to break up the organization. According to CNS, the KKK lynched about 3,447 blacks during their 86 year existence but somehow that doesn’t seem like much in comparison to Planned Parenthood who manage to murder that many or more black babies every 4 days.

What about the Nationalist Socialist German Worker’s Party, aka the Nazi Party which led to the death of some 6 million Jews and 1.5 million Romanians. And that doesn’t include the 10 to 20 million who died during World War II defending against Hitler’s desire to rule the world.

If that doesn’t float you boat, what about the Communist Party of the Soviet Union that replaced the Bolsheviks wing of the Russian Democratic Worker’s Party under the reign of Lenin and managed to eliminate anywhere from 1.2 million to 6 million.  Under Joseph Stalin around 23 million more died.

What about the Fet y de las Jons, aka the National Movement  under Franco that managed to murder between one and two million. During his reign about 500,000 fled into exile and those who were captured and returned to Spain were interred in Nazi concentration camps. There are no figures on how many of those managed to survive the Nazis. The first two years of Franco’s regime alone saw the death of some 200,000 from political repression, disease and starvation.

How about the Communist Party of China who under Mao Zedong saw the death of anywhere from 40 million to 78 million of his own people through starvation, disease and the party’s desire to rid the country of dissent, the elderly, the rich and anyone that stood against Mao.

Who could forget The Workers Party of Korea who under Kim Jong II starved about 2.5 million while he was spending $700 million to build a mausoleum? Kim Jong Un continues this legacy today.

Then there is the Communist Party of Kampuchea led by Pol Pot whose followers known as the Khmer Rouge managed to kill about 3 million of the country’s 8 million people, through executions, starvation, poor medical care and forced labor.

What about the National Congress Party in Sudan whose leader, Omar Hassan Ahmad al-Bashir, was tried for genocide in July 2008 in the International Criminal Court for war crimes in Darfur that resulted in the death of 200,000 to 400,000 people.   Of course that is small potatoes compared to the National Resistance Movement in the Congo which resulted in the death of 5.4 million.

Noam Chomsky has argued the Republican Party is the most “dangerous organization in human history” and the world has never seen an organization more profoundly committed to destroying planet earth.  He further claims that  Trump has total and utter disregard for the future of the planet and appeared dedicated to dismantling previous legacies to tackle climate change.

At a Democracy Now event he went so far as to say that Trump was “dedicated” to the destruction of organized human life on earth.  With the election of Trump, he proclaimed, that we are facing threats to our very survival.  Trump and his “enablers” are “criminally insane.”

Shut the door!  How can people be so book smart and stupid at the same time?  The left is slipping off the deep end.  They hate Trump and they hate anyone who supports Trump. Facts are unimportant in this perverse passion play.

Why do these left-wing nuts who self-describe as the compassionate party direct such vitriolic hate and assaults at the right? How can they justify painting Trump supporters as monsters?

According to Christopher Cook, it’s simple – to them you are a monster. You must be!

“For the secular leftist, the end state is social and necessarily political. It is all about getting everybody else on board and herding them into this imagined utopia. They believe there are so many aspects of life that need to be reengineered, so many vast social systems that need to be overthrown and replaced and the rest of us are all screwing it up, all the time, through our greed, our denial, our apathy, our refusal to listen to them redundantly banging the drum about their, tired socialist ideology. The advocacy of big government is by its very nature a quest for power and control, for the ability to use force against others—a cause that naturally attracts the bitter and intolerant.” Who’s Your Daddy