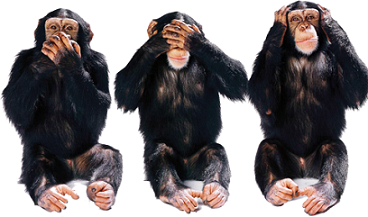 “In a democratic republic, the government submits to the people; in a Caliphate, the people submit to the government. The problem with Islam is that it is incompatible with any type of Democratic government because Islam, by its very nature, is a theocratic totalitarian system of government—which is the antithesis of a democracy.” Dr. J. P. Sloane, The Phenomena of Cultural Jihad

“The belief that Islam is a peaceful religion and that Islamic terrorists have twisted that faith to unrecognizable extremes is a false interpretation that surrounds today’s narrative regarding Islam”, writes Robert Spencer of Jihad Watch. The greater overall threat this misconception poses is neglected because of fear and outright denial to acknowledge what or who our enemy truly is. The more we lie to ourselves and allow our politicians, media and government officials to lie to us the more we enable terrorists.

Focusing on the occasional terrorist attack blinds us to another more subtle kind of jihad – the kind that destroys nations from within. While your odds of becoming a victim of violent jihad is quite low, your odds of being a victim of cultural jihad is exceedingly high. Cultural jihad is a long term campaign to influence and co-opt social institutions like schools, churches, the media, businesses, governments and even the courts.

There is a chapter of the Muslim Brotherhood linked Muslim Student Association on most campuses throughout the U.S. who have persuaded facility to adopt Islamic friendly policies and curriculums in an attempt to white wash Islam for today’s young adults.  The creation of MSA resulted from Saudi-backed efforts to establish Islamic organizations internationally in the 1960s, for the purpose of spreading its Wahhabist ideology across the globe. The majority of MSA chapters on U.S. colleges are dominated by Islamist and anti-American agendas, as are most of the numerous Islamic centers and schools financed by the Saudis. Intolerance and outright rejection of American values and democratic ideals are often taught also in the growing number of Deobandi schools that are frequently subsidized by the Saudis.

Islamists have also been successful in penetrating federal government agencies, including security agencies. As just one example among many, consider Mustafa Javed Ali who was recently appointed as Senior Director for Counterterrorism at the National Security Council. The problem here is not that he is a Muslim but that his last job was with the Muslim Brotherhood front group Council on American-Islamic Relations (CAIR) an organization with links to terror organizations.

Cultural jihad never sleeps but the cultural jihadists prefer that you remain asleep to their ultimate goals. Media giants such as PayPal, Facebook and Google are doing their best to shut down websites that call attention to cultural jihad. PayPal blocked the Jihad Watch website in response to a spurious claim that they were a hate group. Not long before that Google readjusted their search engine algorithms to make it difficult to find Jihad Watch. Facebook has also suspended the Jihad Watch account. Other counter jihad sites in America and Europe have been censored in a similar fashion with the aim to choke off funding to groups that are critical of Islamists or to shut them down completely.

Historically Christianity was a bulwark of resistance against Islamic and other totalitarian encroachments. Sadly, in recent years some Christian churches and organizations have fallen prey to the PC culture and offer only euphemisms against the Islamic onslaught: Islam is a close cousin to Catholicism, Islamic terrorism has nothing to do with Islam, Islam is a religion of peace, to get along we must not only be tolerant but lovingly embrace them, allah is the same god as the Christian God, ad nauseam.

Pope Francis is one of the main defenders of Islam. In Evangelii Gaudium he declared that “authentic Islam and a proper reading of the Koran are opposed to every form of violence.” On another occasion he told Muslim migrants that they could find guidance in the Koran. And most recently, he stated that the personal safety of immigrants should always take priority over national security, meaning that the safety of Muslim immigrants is more important than the safety of Europeans and Americans.

Cultural jihad never sleeps but many in our government, universities, media, and corporations are asleep to the spread of cultural jihad. Meanwhile the church leadership, with Francis at the helm, is in a near comatose sate. Where once Christianity as the vanguard of resistance to Islamic invasions it is now more like a sleeping giant, a powerful force for good that is asleep to the dangers posed by Islam’s stealth advance.

“If Americans believe that Islam is consistent with pluralism, ecumenism, and a belief in the equality of all religions and all lifestyles, we are headed for what the Chinese call interesting times.” Patrick J. Buchanan