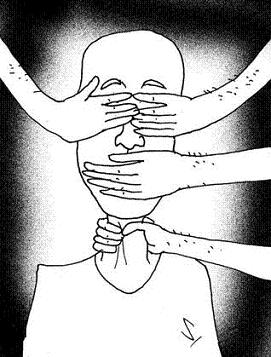 “Christians and those rejecting the me-generation liberal dogma or ‘if it feels good do it,” are no longer tolerable by the intellectual and cultural elite…They command us to conform our thinking to their orthodoxy or else say nothing at all.”  Professor Robert P. George, Princeton, Director of the James Madison program

Truth is by nature, intolerant of lies.  Biblical truth is non-negotiable and that poses a problem for those on the left.

William J. Federer pens that people of traditional values are intimidated into accepting increased levels of immorality that the initial promoters of the idea of tolerance could never have imagined.  America’s Taliban of political correctness seems to have altered the definition of “diversity” to mean liberal uniformity, “inclusion” to mean exclusion of commonly accepted morals, “pluralism” to mean promotion of any belief so long as it is not Judeo-Christian, and “tolerance” to mean intolerance toward those of traditional values.

This new “intolerant” tolerance attempts to hold the moral high ground while dissent is considered irrational and presumptively violent.  Its demands are treated as uniquely neutral and for that reason it carries the rights but not the responsibilities of truth.  The result has not been a state of ultimate freedom but a tolerance that makes rejection of absolutes an absolute.  It puts irrationality and bullying at the heart of public discussion, making Christian emphasis on truth  intolerant and therefore illegitimate.

Truth cannot be sacrificed at the altar of pretend tolerance according to Ravi Zacharias. True tolerance is deference to all ideas, not indifference to the truth.   D.A. Carson in his book The Intolerance of Tolerance, writes that the understanding of tolerance has shifted from accepting the right of others to hold dissenting views to demanding acceptance of others’ views as equally valid, making the new tolerance “intellectually debilitating as well as blind, intolerant and socially dangerous.”  Let’s face it, if Christ were alive today, He would be labeled a racist, intolerant,  homophobic,  white supremacist, radical, right-wing Christian

Chief Justice Burger wrote in Lynch v. Donnelly, 1985:  “If we are to take the argument. . . that sectarian means more than the sects of religion and say that it means religious, as we are asked to do, we must push it to its logical limit, and say that believers are a sect, and that, in deference to atheists no reference to God may be made, unless to deny Him, which we suppose would not be regarded as sectarian, and this would bar the singing of the Star Spangled Banner and American the Beautiful.”  Burger went on to say that “we would bar not only the greatest of our poets, including Shakespeare and Milton, whose most inspiring passages have a religious basis, but the greatest of our orators, including Webster, Clay and Lincoln. . .

While running for the Illinois Senate, Obama vocalized that “It’s always easier to organize around intolerance, narrow-mindedness and false nostalgia.”   In that one statement he defined the left even though his diatribe wasn’t about the left, but about Christians “who hijack the higher moral ground with this language of family values and moral responsibility.”  During his 2008 campaign, Obama also blasted those “bitter Americans” who “cling to their guns and religion.”   His distaste of Christianity and conversativism only served to open pandora’s box and set the stage for the far-left’s assault against traditional values.

The left is perfectly willing to let us be Christian as long as we don’t actually live our faith or take a stand on national issues of morality.  And, it’s not enough that our faith can’t be allowed to have an influence in society, we must also be forced to embrace a culture that goes against everything we believe in, a culture where man’s traditions have replaced biblical principles and truth no longer matters.

Thomas Jefferson wrote: “God who gave us life gave us liberty.  And can the liberties of a nation be thought secure when we have removed their only firm basis, a conviction in the minds of the people that these liberties are of the Gift of God? That they are not to be violated but with His wrath? Indeed, I tremble for my country when I reflect that God is just; that His justice cannot sleep forever.”

In Back Fired Federer wrote:  “Human nature seeks a unifying principle, something that explains and makes sense of life and its mysteries. People are unified often without realizing it, into either one of the two available camps because there are really only two approaches from which to choose.  Either we are here because God willed it or we are here by accident, the result of cosmic roulette.  Similarly, either death ends it all or it does not.  These are questions we all have, and the answer determines our lives.”

“To those who cite the First Amendment as reason for excluding God from more and more of our institutions and everyday life, may I just say: The First Amendment of the Constitution was not written to protect the people of this country from religious values; it was written to protect religious values from government tyranny.”    President Ronald Reagan, March 15, 1982

← Who Polices The Police?
Global Hatred for our Second Amendment →