Dr. Bart D. Ehrman, a New Testament scholar, and I use that term loosely, is the James A. Gray Distinguished Professor of Religious Studies at the 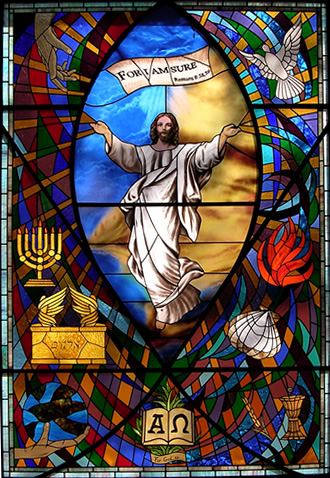 University of N.C. at Chapel Hill.  He has written 20 some odd  books to date including,  “Misquoting Jesus”, “God’s Problem”, and “Jesus, Interrupted”.  His latest book “Forged: Writing in the Name of God – Why the Bible’s Authors Are Not Who We Think They Are” is yet another attempt to disprove and discredit our Christian faith.

Ehrman, who claims to have been at one time a  “born again Christian” fundamentalist, went to the dark side (liberal Christianity) and then to the darker side (Agnostics) after he completed his graduate studies at Princeton Theological Seminary.

Unlike fundamental Christianity, liberal theology has no unified set of beliefs, choosing instead to embrace the methodologies of Enlightenment science, including empirical evidence and the use of reason, as the basis for interpreting the Bible, life, faith and theology.  Agnostics, on the other hand, do not deny the existence of God or heaven, but hold that it’s impossible to know with any certainty if either exists.

In Forged: Writing in the Name of God, Ehrman argues that 75% of the New Testament documents are forged, building much of his case by citing Gnostics of the 2nd, 3rd, and 4th centuries. The Gnostic philosophy and religion represented a small segment of the early Christian community.  They believed that salvation came not by Christ, but by psychic or pneumatic souls yearning to free themselves from the material world via the revelation. In other words, Gnostics, blending teachings attributed to Christ with teachings found in Eastern traditions,  believed that spiritual questions were found within oneself and did not require the intermediation of Christ or the Church for salvation.

The Gnostic god never created anything in the sense in which the word “create” is ordinarily understood with God.  The Gnostic god emanated or brought forth from within himself the substance of all there is in all the worlds that exist, visible and invisible so to the Gnostic, worshipping nature or creatures is tantamount to worshiping god. They also believe in aeonial (eternal) beings who exist been man and their god, one of these being Sophia (Wisdom), the creator of the material and psychic cosmos  who unaware of his own origins imagined himself to be the ultimate and absolute god.

The Gnostic Gospels, which Ehrman attempts to use to discredit the King James Bible, were a collection of individual works such as the Gospel of Mary discovered in 1896 as part of the Akhmim Codex.  There also exists the Gospel of Thomas written in the mid 2nd century and found in Egypt in 1898; the Gospel of the Lord, a non-canonical heretical text written in the early 2nd century; the Gospel of Truth; the Gospel of Judas; The First and Second Book of Esdras; The Book of Tobit; The Book of Judith;  The Wisdom of Solomon;  The Book of Baruch;  The Story of Bel and the Dragon;  The Prayer of Manasseh;  and the First and Second Books of Maccabees.  A few of the early works have found their way into the Vulgate (Catholic Bible) and some of these writing  were actually included in the early Christian Bible before 1600 A.D., known to most as the Apocrypha.  For Ehrman to argue that New Testament books were forged based on Gnostic philosophy is quite a stretch and says more about his attempt to discredit the Bible than it does for Biblical knowledge.

In an article at the Huffington Post,  Ehrman insisted that “apart from the most rabid fundamentalists…nearly everyone admits that the Bible might contain errors, a faulty creation story here, a historical mistake there, a contradiction or two in other places….Good Christian scholars of the Bible, including the top Protestant and Catholic scholars of America, will tell you that the Bible is full of lies, even if they refuse to use the term….Many of the books of the New Testament were written by people who lied about their identity, claiming to be a famous apostle, knowing full well they were someone else…”

Numerous scholars disagree with him—not to mention the fact that the majority of his conclusions are simply false, regardless of the opinions of scholars. He consistently claims that his view is that of the majority, although he provides no defense of this assertion, nor does he point to other scholars who share his views. Instead, he engages in the curious habit of referring back to his own work rather than that of the mass of unnamed experts who allegedly agree with him.

I can’t help but feel sorry for those that, through their over inflated self-worth,  feel the necessity to attempt to undermine  Christianity and I would remind them that even Satan can quote scripture  (Luke 4:10-11) and twist it (Psalms 91:11-12) to fit his agenda.

“My hope is built on nothing less than Jesus’ blood and righteousness. I dare not trust the sweetest frame, but wholly lean on Jesus’ name.  When darkness seems to hide His face, I rest on His unchanging grace.  In every high and stormy gale, my anchor holds within the veil.  His oath, His covenant, His blood, support me in the whelming flood.  When all around my soul gives way, He then is all my hope and stay.   When he shall come with trumpet sound, O may I then in Him be found, dressed in His righteousness alone, faultless to stand before the throne.  I trust His righteous character, His council, promise, and His power.  His honor and His name’s at stake to save me from the burning lake.  On Christ, the solid Rock, I stand.  All other ground is sinking sand.”     Edward Mote