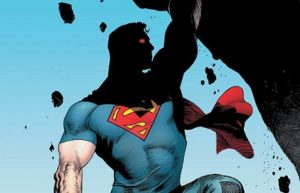 Progressives claim that society is steadily progressing, becoming smarter and smarter, and that old social mores are outdated and must constantly be replaced as people journey ever closer to perfection.   At least, that is what they claim.   But it’s not really what they believe.

What they really believe in is their own superiority and that the benighted masses cannot be entrusted with their own lives.  Only they, the enlightened, can cure social ills, by removing choice and forcing people to make the decisions that progressives deem right.

The socialist elitist powers that be, or whatever you may want to call them, have been working under this assumption for a very long time. Their claims of altruism are as shallow as they are false.

Frederic Bastiat, a 19th Century classical theorists and economist,  summed it up nicely when he referred to the apparent superman complex of the socialist legislator:  “The claims of these organizers of humanity raise another question which I have often asked them and which, so far as I know, they have never answered:  ‘If the natural tendencies of mankind are so bad that it is not safe to permit people to be free, how is it that the tendencies of these organizers are always good?’  Do not the legislators and their appointed agents also belong to the human race?  Or, do they believe that they themselves are made of a finer clay than the rest of mankind?

The organizers maintain that society, when left undirected, rushes headlong to its inevitable destruction because the instincts of the people are so perverse.  The legislators claim to stop this suicidal course and to give it a saner direction.  Apparently, then, the legislators and the organizers have received from Heaven an intelligence and virtue that places them beyond and above mankind.  If so, let them show their titles to this superiority.”

Not that they can prove this superiority – we are told to accept it on faith.  And, if we won’t do what is best, well then government will have to do it for us.  And what’s more, if our elected representatives in Congress, or the Supreme Court won’t do “the right thing,”  these all-knowing leftists will have to just  have to circumvent them.   It is for our own good after all.

In 1930, Spanish essayist and philosopher, Jose Ortega Gasset, described a fascist as “a type of man who does not want to give reasons or to be right, but simply shows himself resolved to impose his opinions.  This is the new thing: the right not to be reasonable, the ‘reason of unreason.’  Here I see the most palpable manifestation of the new mentality of the masses, due to their having decided to rule society without the capacity for doing so.

In their political conduct the structure of the new mentality is revealed in the rawest, most convincing manner.  The average man finds himself with “ideas” in his head, but he lacks the faculty of ideation.  He has no conception even of the rare atmosphere in which ideals live.  He wishes to have opinions, but is unwilling to accept the conditions and presuppositions that underlie all opinion.  Hence his ideas are in effect nothing more than appetites in words.”

The most frightening aspect of all of this is the success that 100 years of progressive chipping away at education and culture has had in creating a society of people, the useful idiots,  who truly are incapable of make good decisions.   Progressives finally have a population as ignorant as the one they argue can no longer be trusted to act in their own best interests.

“How does child molesting become man-boy love?  How does crushing a baby’s skull and sucking out his brains become a constitutional right?  How does quoting the Bible become hate speech?  How exactly is evil made to appear good and good made to appear evil?  How has America seen fit to embrace the culture of death rather than a culture of life?”  David Kepelian

Source:  Superman, We Think Not, What Would the Founders Think?