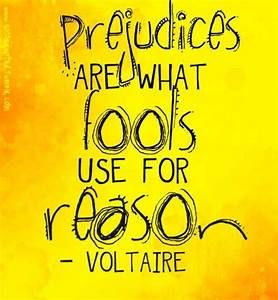 Capitalism and our freedom to prosper are under attack and one of the more insidious threats comes from the legal concept of disparate impact, which holds that practices may be considered discriminatory and illegal if they have a disproportionate impact on any group based on race, national origin, color, religion, sex, familial status, disability, or sexual identity, as compared with non-members of the protected class.   It is a means to prove discrimination based on the effect of a policy or practice rather than the intent behind it.

In other words, inequality is no longer based on a bias that limits opportunity, but on perceived or imagined prejudices determined by statistical outcomes compiled by bureaucrats in government agencies.   Under disparate impact you are automatically guilty, especially if you’re a white male.

For example, New York City was forced to simplify tests for both the police and fire departments to give minorities and women a leg up over more qualified candidates. But even worse, if there is a worse, these people can fail the test and still be hired because the outcome has to equal the number of minorities and women living in the City. Think of that next time you dial 911.

The U.S. Supreme Court ruled in a 5-4 decision in Texas Department of Housing vs. The Inclusive Communities Project,  that disparate impact claims can now be brought under the Fair Housing Act, something never intended by Congress.  The case was filed by the Inclusive Communities Project charging the Department of Housing with using a disproportionate number of tax credits in low-income areas rather than using them in middle and upper-class neighborhoods to build low-income housing, the net effects of which was to discriminate against the right of a protected class to live in a middle-class or upscale neighborhood.

While the left saw this ruling as a means to eliminate “back door” forms of discrimination, the part of society that still has control of their facilities, saw it for what it was – a slippery slope that could inadvertently put people in legal jeopardy.

What the Supreme Court did not take into account, and I might add, never does, is the law of unintended consequences, which could end up hurting the very people they claim to help. By expanding the pool of potential liability, they have also expands the number of people who are unwilling to get in the pool.

Whereas “intent” was previously the threshold, “disparate impact” now extends that liability to an “outcome” of discrimination even if such an outcome is unintended or unforeseen. As a result, the developers of low-income housing might simply decide that the risk isn’t worth the reward. The result will be less such housing, not more.

Shortly after that Supreme Court decision, Obama released new regulations to force his Utopian ideology on American communities disguised under the banner of “fairness.” Using HUD, Obama forced cities and localities to expand “diversity” to overcome the “legacy of segregation” by requiring that they spend federal housing money to reduce “racial disparities” or face penalties, such as losing housing funds, if they failed to do so.  The funny part is, and yes there is a funny part, Obama’s new regulations imposed the greatest challenge for cities in the Northeast and the Rust Belt that had the highest level of segregation according to the 2010 census. And those cities, Detroit, Milwaukee, New York and Newark, were all run by Democrats.  Go Figure!

But it wasn’t about fair housing or racial disparities – it was just another attempt by the Obama administration to bring America in line with sustainable development under the United Nation’s Agenda 21.

Disparate impact was never intended to operate this way but thanks to left-wing judges and politicians it has become a tool of the Progressive Socialists to social engineer the American people.