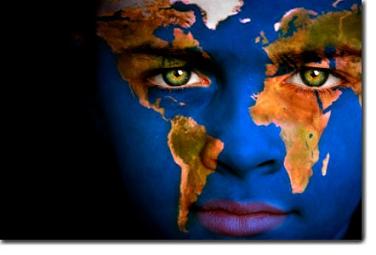 “Many liberals hear talk of national culture and shout ‘Nativist!’ first and ask questions later, if at all. They believe it is a sign of their patriotism that they hold fast to the idea that we are a ‘nation of immigrants,’ forgetting that we are also a nation of immigrants who willingly assimilated and became Americans.” Jonah Goldberg

Today, millions, who do not hold total allegiance to or loyalty as an American, refer to themselves as hyphenated Americans.  Those people with hyphenated nationalities manifest “multiculturalism,” which by its very name destroys one culture by breaking it into many, and with numerous cultures comes multiple languages creating unending tension.

In a 2005 speech at an immigration/overpopulation conference, former Democratic Colorado Governor Richard Lamm, gave a stunning speech on how to destroy America.

According to Lamn, “If you believe that America is to smug, too self-satisfied, too rich, then let’s destroy America” and begin by turning her into a bilingual or multi-lingual and bicultural country because history shows that no nation can survive the tension, conflict and antagonism of two or more competing languages and cultures.

To destroy America, we must “invent multiculturalism” and encourage immigrants to maintain their culture. We must create a belief that all cultures are equal; that there is no cultural differences; and then make it an article of faith that the Black and Hispanic dropout rates are due to prejudice and discrimination and every other explanation is out-of-bounds.

The key to destroying America is to celebrate diversity rather than unity, leaving us with only tolerance and pluralism to hold us together. We must replace the melting pot metaphor with the salad bowl metaphor because it is important to have various cultural subgroups reinforcing their differences rather, than as Americans, emphasizing their similarities.

We must make our fastest growing demographic group the least educated. We must add a second underclass, unassimilated, undereducated and antagonistic to our population with a high school drop-out rate of at least 50%.

To destroy America we need big foundations and businesses to invest in ethnic identity, establishing a cult of Victimology, a grievance industry blaming all minority failure on the majority and convince minorities to accept this as fact.

We must include dual citizenship and promote divided loyalties, stressing differences rather than similarities. After all, diverse people worldwide are most engaged in hating each other, when they are not killing each other. A diverse, peaceful, or stable society is against most historical precedent. People undervalue the unity that it takes to keep a nation together. If we put the emphasis on plurality instead on unity, we can balkanize America.

And lastly, we must make it taboo to talk about anything against the cult of diversity using words like racists to stop the discussion and to paralyze rational thinking.

Having made America a bilingual/bicultural country, having established multiculturalism, having the large foundations fund the doctrine of Victimology, the next step is to make it impossible to enforce our immigration laws.

We must develop a mantra that immigration has been good for America therefore it must always be good and then make every individual immigrant symmetric and ignore the cumulative impact of millions of them.   That’s how you destroy America.

Any of this sound familiar?

“Let this be your call to the grave dilemma America faces. We throw incompatible ingredients into the cake, and when it comes out of the oven, we sicken and die from multicultural food poisoning. Integrity mandates respect for all cultures and people. However, when will Americans leap past ‘political correctness’ to stop the death of America?” Frosty Woodridge