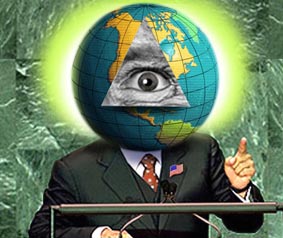 The great British writer G.K Chesterton insisted that progress is not merely a problem but is “the mother of problems.” It is no longer a means to an end but has become an end in itself.

According to this dogmatic progressivism, any attack on progress is not only wrong but futile. Progress is unstoppable; it is omnipotent, omnipresent and omniscient. It has all the attributes of the divine. It is inexorable, indestructible, and of course benign. It is not only an all-powerful god, but a good god.

In other words, progress as defined by the left is not really progress at all but a regression based upon an anthropological and philosophical reduction ad absurdum. It is nothing but the superstitious fantasy of “progressives.” It is the mother of deception as its spouse is the father of lies.   Progressivism is actually doomed to lose.

One facet of the “progress” seen by the left as grounds for their optimism is globalization and its political byproduct, globalism. The key mantras of political and economic “experts,” as was seen particularly with regard to Brexit, is that we are all aboard a globalist Titanic, a mechanism of globalization, which is unstoppable and which it is perilous to abandon. They argue that “we are all part of this exciting global economy “ and for any nation to opt out of the EU would be an ”act of treachery” that will “imperil” the global economy, cause” poverty on a global scale,” and “betray” the progress of humanity.

Let’s say they are right, let’s presume that jumping the proverbial ship imperils everyone connected with it. If that is true shouldn’t we be concerned by the fragile nature of the mechanism? Shouldn’t it fright us that the failure of one part puts the whole in peril? Is everything so interconnected and interdependent that we are always risking the domino effect whereby the bad behavior or bad performance of one part triggers a chain reaction in all the rest?

At this point it might be helpful to remind ourselves that the globalist ship, the HMS Titanic (HMS being any acronym for Hedonistic, Materialistic and Secularistic), is on its maiden voyage. In all of human nature we have never tried this experiment before, an experiment that just might be likened to putting all of our eggs in one global basket. No doubt our “progressive” experts, armed with perennial optimism about the globalist future, will tell us that the HMS Titanic is the product of the latest technology, the pride of human ingenuity. It is, we are assured, unsinkable. BUT, it is only unsinkable as long as no one nation abandons ship. If any of the crew, sensing disaster, decides to take to the lifeboats, we’re all doomed. That is not very reassuring.

What about icebergs, those perilous things barely visible on the present economic and political surface but deadly beneath the surface, hidden in those murky depths we call the future? Putting my trust in the lessons of the past rather than progressive fantasies about a non-existent future, I won’t be relying on technology to “beam me up” when the ship begins to sink, I’ll be calling for fellow passengers to take to the lifeboats.

To me, the most egregious way in which globalism operates is through the ongoing erosion of national sovereignty, something that is ever present in the EU. Should individual nations be allowed to go the way of dinosaurs as progressives claim?

Nations serve the same function as laws, so if we do away with all laws, we will not have freedom, as anarchists claim, but tyranny. In the absence of law, the strongest devour the weakest. Similarly, when we do away with all nations, or erode their sovereign rights to self-determination, we will not have an international community of world citizens but a globalist tyranny in which the most powerful corporations, financial institutions and political empires have free rein and free reign. What voice will the people have? Who would even hear us?

Global corporations and financial institutions want a level playing field, without the irritating obstacles and laws nations present. It is in their interest that national sovereignty be eliminated which is why they support tyrannical political empires. It’s much easier to deal with relatively few multinational empires than to deal with a multitude of individual nations. The nations have to be sacrificed on the altar of Mammon so that Mammon can have its will. Small nations must be crushed and so must the small people living in them who cherish their local freedom and culture.

In George Orwell’s Nineteen Eighty-Four the world has been divided into three monstrous empires, Oceania, Eurasia, and Eastasia. Each is a tyranny in which nations have ceased to exist and the individual has been reduced to a powerless and alienated figure bereft of all freedom. This is the fate that awaits us all if we allow the globalists to destroy national freedom in the name of globalization.

Read Ominous Signs on Globalism’s Maiden Voyage, by Joseph Pearce, at this link.

← Young Black Women are the Target of Crime.. and Democrat Politics
Bernie the Bolshevik and AOC the Bartender – Because Even Snowflakes Need Heroes →