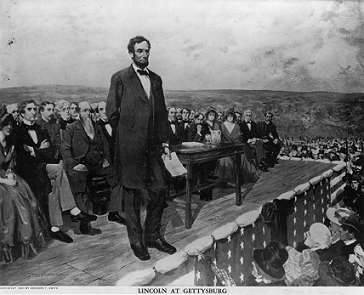 The left pushes a narrative that white southerners have a three century long monopoly on racism. The North, was of course, was this happy land of free thinking, benevolent, egalitarian, civic minded statesman fighting for equal rights and social justice.

Bull hockey –  There is only one problem with this particular story – it is based on a romantic, Utopian vision of the Northern society and culture, the true “lost cause myth” in American history.

White supremacy was in fact a popular idea in the North before and after the War. The proof is readily available for anyone willing to take the time to do some research. Several historians in the 1960s, most conspicuously Leon Litwack in North of Slavery and Eugene Berwanger in The Frontier Against Slavery, sought to outline the hypocrisy of Northern attacks on the South during the civil rights area.  Neither of these writers were no pro-Southern ideologues but dedicated academics who wanted to describe the complex history of race relations in America.

The true story has been lost in current mainstream history or explained away by revisionists in an attempt to salvage the good name of their Northern heroes. Examples of Northern White Supremacy are far too many to list but examples would include David Wilmot, a Pennsylvania Democrat who wrote privately that “By god, sir, men born and nursed of white women are not going to be ruled by men who were brought up on the milk of some damn Negro wench!”

The radical abolitionist Benjamin Wade of Ohio, famous for advocating the execution of Southern secessionists, the confiscation of Southern lands, the arming of former slaves and co-author of the Wade-Davis Bill of 1864, said that when he arrived for the first time in D.C. in 1851: “On the whole, this is a mean God forsaken N***** ridden place. The N******… smell I cannot bear, yet it is on and about everything you see.” He went on to complain that the food was “cooked by N*****s, until I can smell and taste the N*****.”

William Sawyer at the Ohio convention for revision of the state constitution in 1850 said “The United States were designed by God in Heaven to be governed and inhabited by the Anglo-Saxon race and by them alone…[Blacks were] very little removed from the condition of dumb beasts – they wallowed in the mire like hogs and there was nothing of civilization in their aboriginal conditions.”

William H. Seward of New York, Lincoln’s Secretary of State, said that blacks were a “foreign and feeble element, like the Indian, incapable of assimilation and unwisely and unnecessarily transplanted to our fields.” James Harlan, a Senator from Iowa asked in 1860 “Shall the Territories be Africanized?” to which he answered that he favored territorial extensions only for the white race.

While many of the Union soldiers eventually accepted abolition as a war aim, a large percentage bristled at Lincoln’s Emancipation Proclamation. One Ohio private declared, “we did not enlist to fight for the negro and I can tell you that we never shall…sacrifice our lives for the liberty of a miserable black race of beings….Abolitionism is traitorism in its darkest collar.”

Lincoln himself said “I am not in favor of making voters or jurors of negroes, nor of qualifying them to hold office, nor to intermarry with white people…” and also said “I am in favor of the race to which I belong, having the superior position.”

During the War, a Pennsylvania newspaper suggested that “the producing classes, the mechanic, laborer, etc. had better cut the throats of their children at once than hand them to impartial freedom, degradation and amalgamation with Negroes.”

In all Midwestern states in the 1850s, referendums extending voting rights to blacks were defeated by crushing majorities and in several of these states, blacks were not allowed to establish residency. Even Northeastern states adopted harsh policies toward blacks before the War. While many of these policies had waned by the 18580s, their legacy ensured that the free black population of New England would remain low for most of its history.

Massachusetts prescribed whipping for any nonresident free black who stayed in the State longer than two months. Connecticut denied blacks residency in the colonial period. There were strict policies regarding black property ownership in all New England states in the colonial period and free blacks had to carry passes to travel. Even into the 1850s, Pennsylvania debated allowing free blacks to settle in the State.

Alexis de Tocqueville described the situation for black Northerners in his Democracy in America. “So the Negro [in the north] is free, but he cannot share the rights, pleasurers, labors, griefs, or even the tomb of him whose equal he has been declared; there is nowhere where he can meet him, neither in life nor in death.”

The KKK of the 1920s did not wave the Confederate Battle Flag, displaying instead Old Glory at every rally. Their dream was a progressive America devoid of black residents. The last “grand wizard” of the KKK was from Indiana. The lynching of Will Brown in Nebraska in 1919 was one of the most brutal and heinous in American history. Brown was beaten, hung, shot and burned by a mob. This was but one of a series of brutal race riots in Northern cities during the summer of 1919. The infamous lynching of Thomas Shipp and Abram Smith was taken in Indiana in 1930, many miles from the Mason Dixon line.

The worst of the 1968 race riots were in the Northern cities of Chicago and Detroit. Boston saw riots in the mid 1970s over forced busing, a policy Bostonians gladly accepted for their Southern brothers but violently rejected in their own backyards. The most iconic image from one of the 1976 Boston race riots was of a white Bostonian beating an unarmed black attorney with the U.S. flag. I don’t recall the confederate Battle Flag ever being used as a physical weapon against black Americans.

Fully understanding the complex relations and history of white/black Southerners including the good, not just the bad and the ugly, could be better achieved without a Reign of Terror styled purge of anything deemed “racists” by the self-appointed gatekeepers of “truth.”

There are many Northern symbols and heroes that would need a thorough re-contextualization as well. When that process begins, perhaps more Southerners would be open to a discussion of their symbols.

“Truth Cannot be Tolerated by Those Who Work Against Freedom.” Kathleen Hall

You can read Is White Supremacy An Exclusively Southern Ideology? at this link.