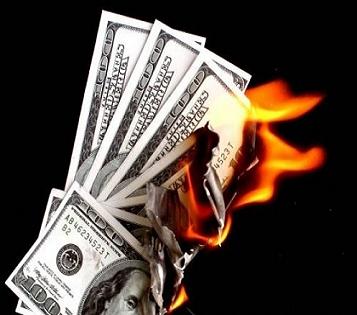 “Cash is problematic to banks. It is expensive to manage, hard to take from customers and, worst of all, it is a possible gaping wound, if a bank run occurs. In a world without cash, customers would be forced to remain within the banking system, where all sorts of fees can be discretely and quietly shaven off millions of accounts. But banks and online payment solutions can hardly present those arguments in their race to kill cash. Instead, they invoke online financial performance, digital innovation, fighting tax evasion, fighting crime and corruption and all the other woes attributable to physical currency.”  Samantha King

In April 2016, more than 100 executives from some of the world’s largest financial institutions gathered for a “secret” meeting at the Times Square Offices of Nasdaq, Inc. to discuss turning U.S. dollars into pure digital assets, a move we’re already seeing all over the planet. Unfortunately, the link to this meeting has been eliminated from the web.

The U.N.’s vision of a cashless society is in full swing in Europe.  In Sweden 95% of all retail transactions are now cashless and Denmark has a stated goal of becoming cashless by 2030.

In Norway, the biggest bank called for the complete elimination of all cash.  Cash transactions of more than 2,500 Euros are already banned in Spain.  France and Italy have banned cash transactions of more than 1,000 Euros. India is already banning large denomination bills and Israel has become the latest to embrace this U.N. agenda.  A large portion of cash transaction in the U.S. are reported to the FBI in what we are told is a method of stopping drug dealers, tax evaders, terrorists and money launderers.  Wink! wink!

Harvard professor Kenneth Rogoff, in an article at the Wall Street Journal, argued that government should eliminate large bills – $100 and up – because they fuel corruption, terrorism, tax evasion, illegal immigration, drug and human trafficking, ad nauseam.  Of course this left-wing nut also wants the government to give central banks more power to control our monetary system because cutting interest rates and keeping rates low is a stimulus that gives people an incentive to go deeper into debt through borrowing; drives up stock prices that mainly benefit the wealthy; and increase home values forcing the peasants to pay higher real estate taxes and insurance rates.  In short, according to Professor wing-nut, people will feel wealthier and spend more just like the government.  You can read Dan Mitchell’s 4 part article on The War Against Cash at this link.

While digital currency may be convenient, it also makes it easier to subject honest working people to draconian tax collections by, not only our ‘beloved’ IRS, but world government bodies.   Central planners and big government cheerleaders the world over want, need, and must have unlimited access to credit to enact their power seeking agendas.

The Paris based Organization of Economic Cooperation and Development (OECD), in a 31 page report, Toward Global Tax Cooperation, claims that low-tax countries create “harmful competition” among higher tax member nations.  The general consensus of the report is that low-tax nations must increase taxation on the peasants in an effort to be “fair” to money grubbing socialist and communist countries,  and repeal their financial privacy laws.

OECD is also responsible for another put out 171 page report, The Future of Money, which  claims that a cashless society will “make it easier for government to collect taxes.”

It was an idea that the United Nations loved so they decided to run with the ball and proposed a UN direct tax on the peasants of the world in their Draft Outcome Document of the High Level Plenary Meeting of the General Assembly.   The 39 page revised document can be read here.

The Bill and Melinda Gates Foundation, long involved with the United Nations socialist goals, jumped into the fray to and began promoting digital currency in third world countries.  Gates claims that to poor people, cash is “racist.”  What poor countries really need, he claimed, is access to mobile phones to store their financial assets digitally, instead of keeping hard currency on hand.

He wrote that “in the developing countries” with the “right government regulatory” framework, “people are storing money digitally on their phones and using their phones to make purchases, as if they were debit cards.”  And, he is predicting that “by 2030, two billion people who don’t have a bank account today will be storing money and making payments with their phones.”

In 2017 Pal Pal forged  an alliance with Globe to eliminate cash in favor of an on-line “wholistic payment” solution.  Globe’s president Ernest L. Cu said that the “joint fight is against cash…it helps the economy hugely if people go cashless.”  Really?

There are no real benefits in a cashless society for the peasants.  The ‘we are the world’ snobs that are pushing this global cashless society  will fill your head with how expensive it is to store, handle and create cash and the expense involved in minting coins.  What they will never admit is that this is the fault of central bankers and their pro-inflation policies so, eliminating coins or digitizing them won’t solve that problem.  So, they wrap the idea up in a pretty package of time-savings convenience, like they really care.

What they won’t tell you! In a cashless world, your financial privacy goes down the toilet. In a cashless society all that is required to shut down your accounts, to separate you from your money,  is a click of a button.   When your phone is dead and electricity is out, when banks are closed, when there is a natural disaster or other emergency situation,  a cashless society can become a  gridlocked very quickly.

How about hackers?  It would be the mother lode for cyber-criminals.  It is easy to shut down a digital wallet remotely and expose your financial information.   Once you agree to give out your bio metric signatures, you cannot get them back.  The majority of companies in this country have no problem with handing out your private information to other firms and to Big Brother, without your permission.  Every transaction leaves a trace for big brother to follow.

The next time someone steals your ID it will almost impossible to prove someone stole your ID.  The only fingerprint left on the transaction would be your own and it would essentially mean people would be forced to prove their own innocence.  So the next time you see those cute commercials  espousing the joys of a cashless society, just remember, they’re not for your convenience, they just make it easier for hackers, the government, international organizations and the United Nations to steal everything you have.

Today’s bank robbers, don’t need a gun and a mask – they just use a mouse and a keyboard.

← The Attack on Christ in Modern America
Just Who is Obama? →